Arrow’s Showrunner Explains Why [REDACTED] Had To Die 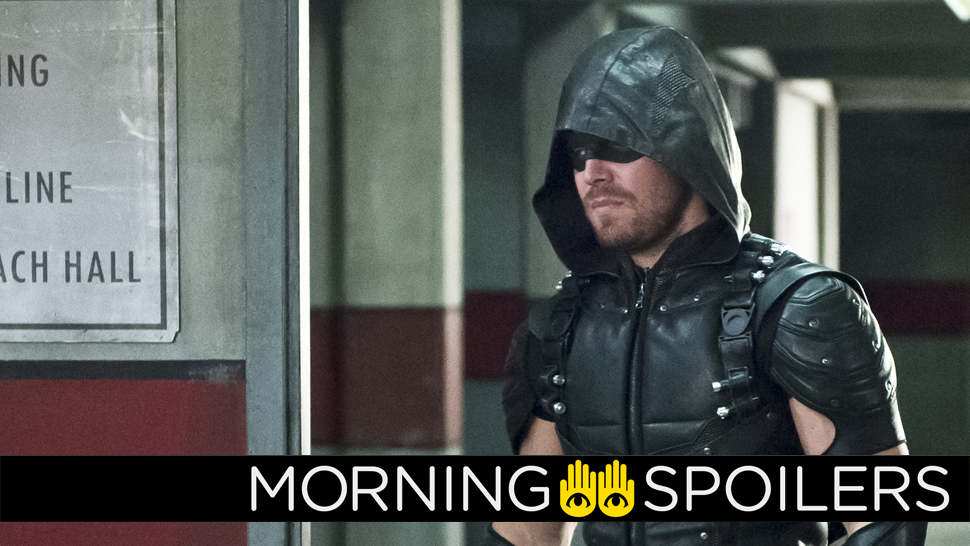 Kevin Smith further confirms Ben Affleck’s involvement in writing the Batman solo film. The Russo brothers tease Cap and Bucky’s relationship in Civil War. There’s a first look at the Secret Warriors on Agents of SHIELD. Plus, an update on Bill & Ted 3 and HBO continues to tease Game of Thrones fans. Spoilers now!

Speaking on his Fatman on Batman podcast, Kevin Smith confirmed that Ben Affleck (who has been steadfast in his willingness to avoid confirming he’s involved in this film, let alone writing it) is penning the script for the Batman solo film with DC’s Geoff Johns:

In an extensive Q&A on their Facebook page (included below), the Russo brothers discussed the role of Bucky Barnes, with Anthony Russo calling his relationship with Captain America “the heart of the film”:

Here’s the fun thing about him in this movie to us: he isn’t Bucky Barnes from the first movie. He isn’t the Winter Soldier from the second movie. He’s a completely different version of that character.

Maybe, perhaps, it’s a hybrid between the two in some way. How do you go from being a normal person to being a mind-controlled assassin to some life beyond that? That’s what we’re exploring in this film, is where this character is left on a psychological level and how can Cap reconnect with that person in any way after he’s had this experience as the Winter Solider. That’s at the heart of this movie — who is Bucky, and can Cap ever have a relationship with him again?

Here’s a new featurette focusing on how the movie turns friends into enemies.

Costar Alex Winter has an update on the movie:

It’s the 25th anniversary of Bill and Ted’s Bogus Journey this year and it sounds like the threequel is still going ahead?

AW: It’s looking good. This is Hollywood so I don’t believe it’s happening until it’s coming out on VOD but we’re all working on the film everyday at the moment in terms of the pre-prep type work so it’s an active project. Hopefully we’ll be shooting it shortly.

Are you looking at a start date of end of this year or early next year?

So you’re on board and Keanu’s also on board?

Have you seen a final script?

AW: Of course! We’ve been working on it for, like, six years. We’re knee deep in the script, it’s been written by Chris Matheson and Ed Solomon who wrote the first two, they are fantastic writers, and the script is great. We have a script, we have a director, we have a studio — we’re just trying to nail down a start date.

A new series of character posters has been released — there’s more available at the link. [Coming Soon] 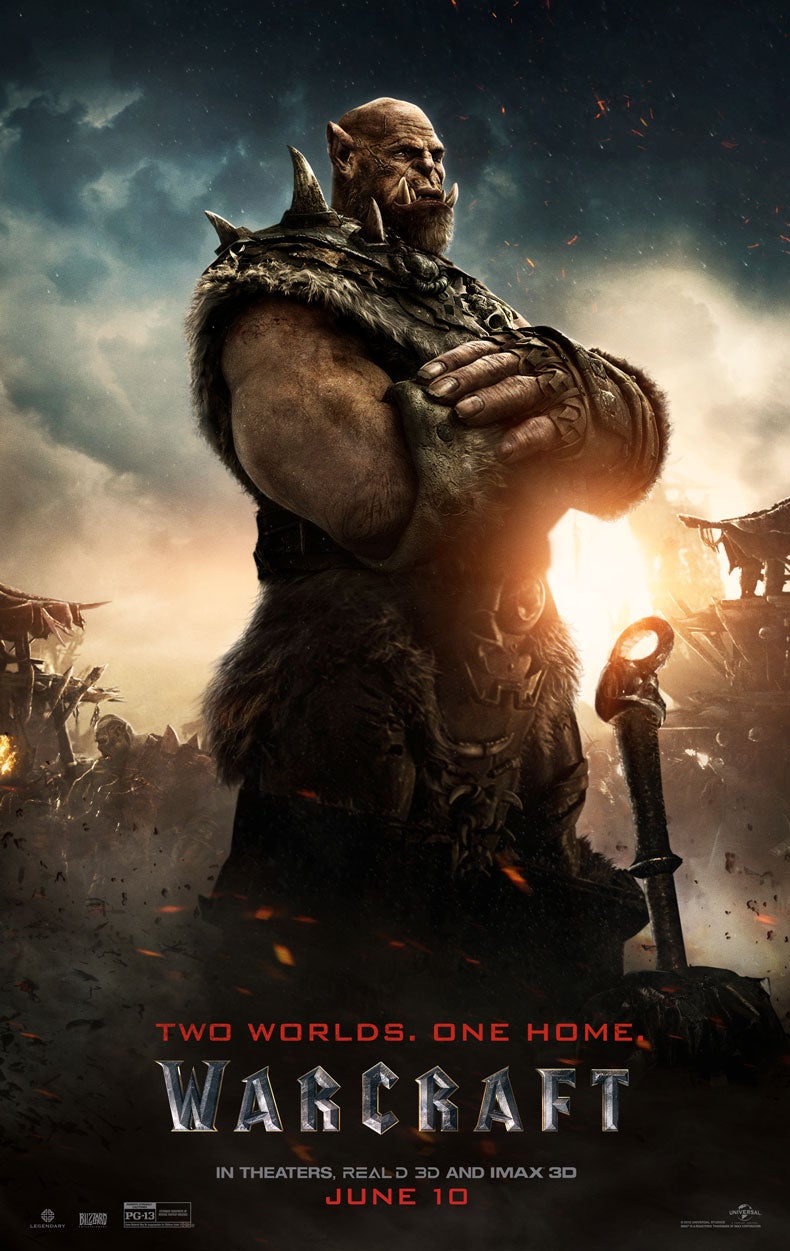 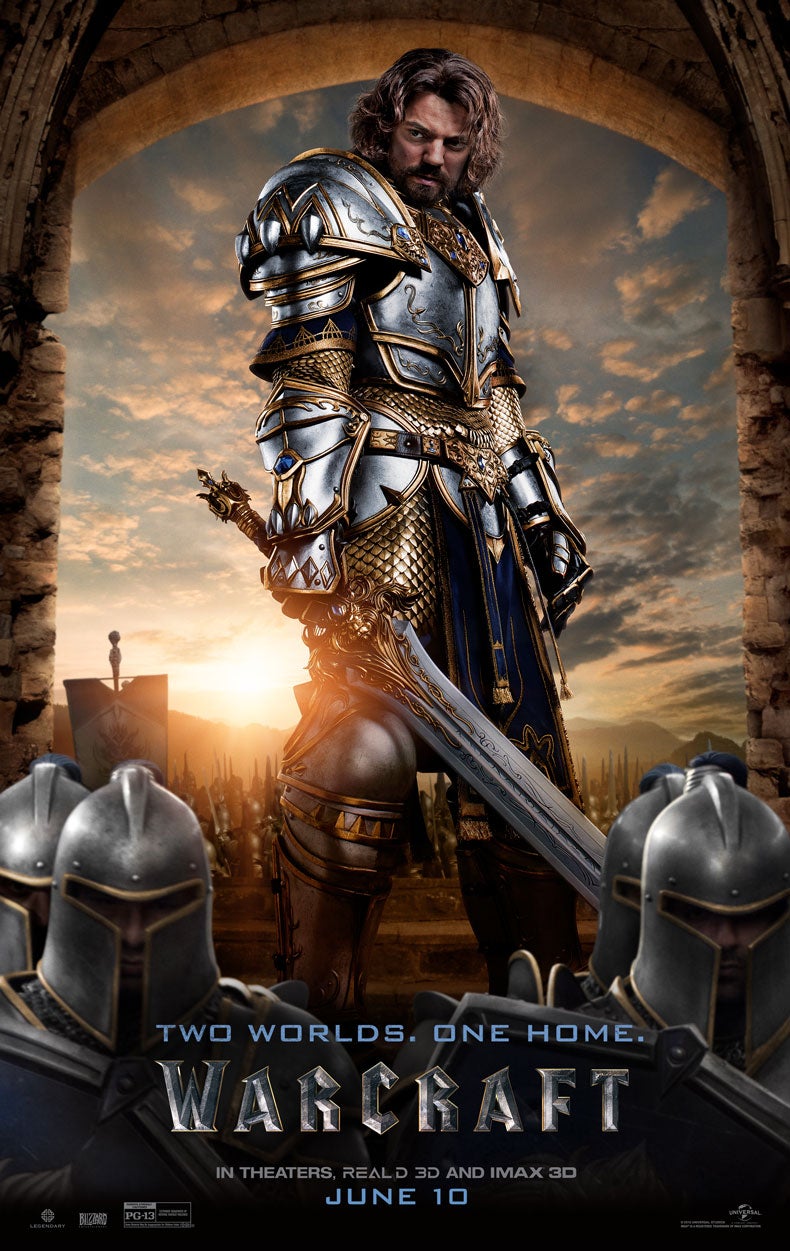 Likewise, a bunch of character posters for the X-Men have been released, too. [Coming Soon] 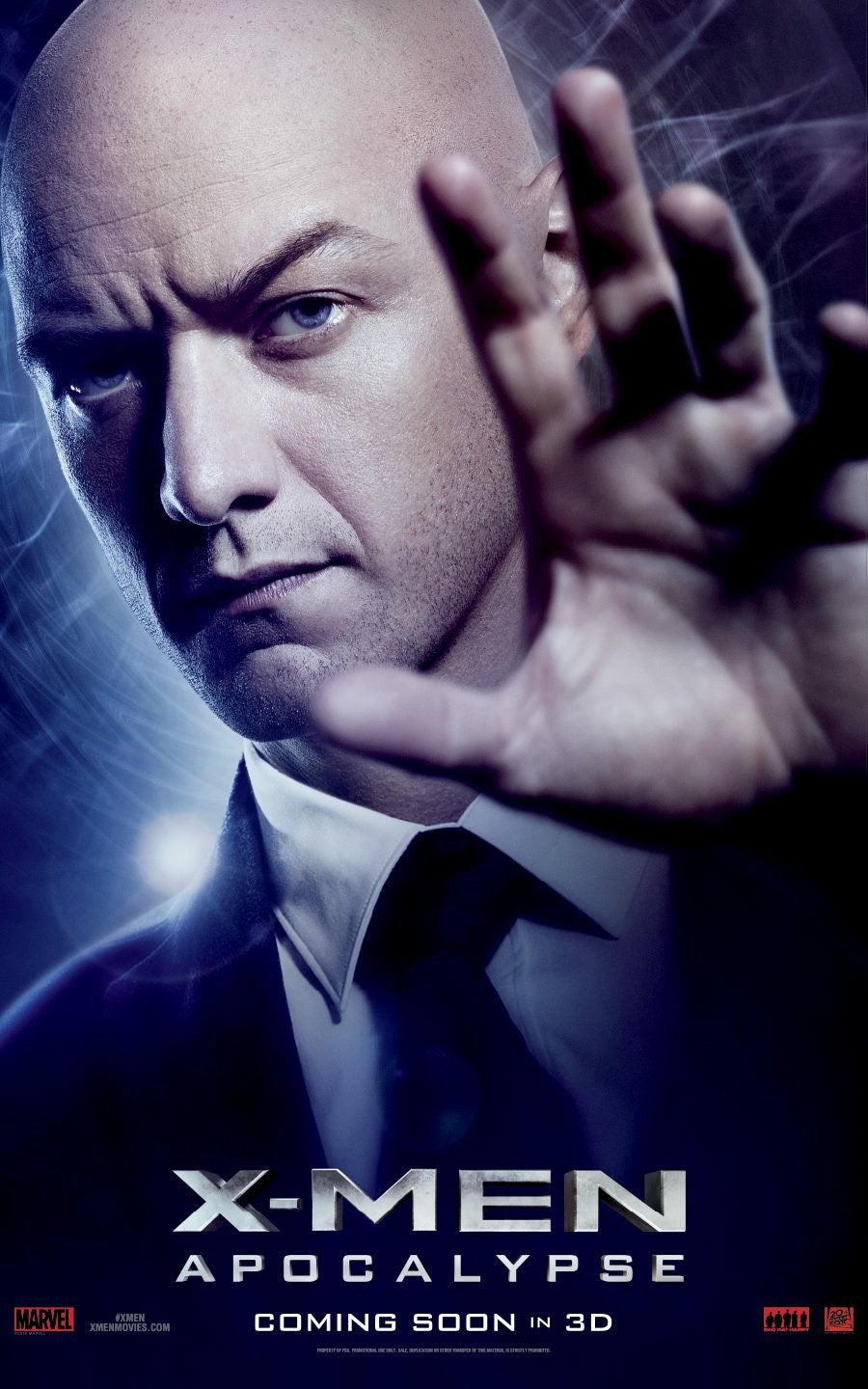 Even more character posters! Head to the link to see more. [Coming Soon] 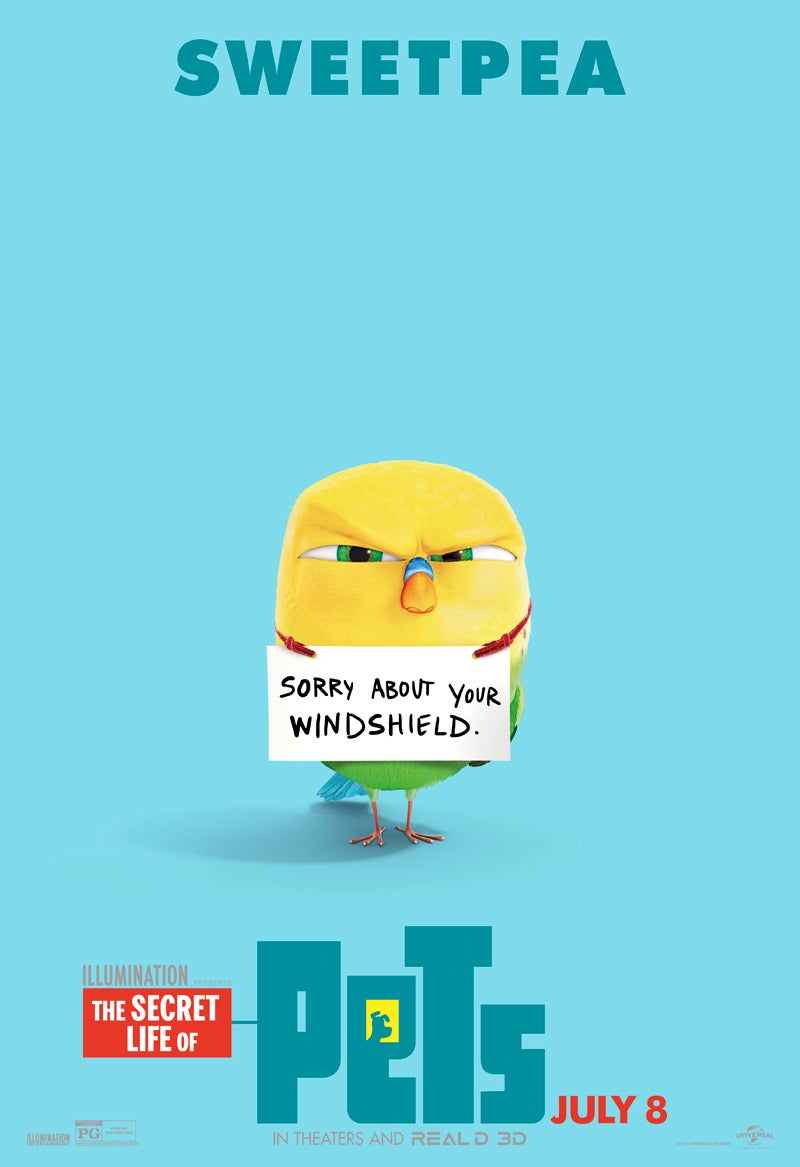 Marc Guggenheim defends the show’s decision to kill off Laurel Lance, only the second incarnation of the Black Canary to be murdered on the series:

Obviously Arrow is always a show that’s evolving, it’s always a show where you know, every character arguably except for the Arrow is fair game. And you know we started off this year with the promise of a death, and when we sort of worked our way through our various different creative choices, we realised that you know, the thing that will give us the most pop going into the end of the season and into next season unfortunately would be Laurel, and we knew by the way, we knew that it would enrage a lot of people.

He continued, declaring that the decision was not aimed at pleasing fans of the relationship between Oliver and Felicity (a popular criticism in the current backlash over Laurel’s death):

You know, you know we’re not immune to the you know, shipping, and we’re not immune to the internet controversy, but…when I say immune, we’re not blind to it, but you know we’ve never made decisions on the show creatively because of the Internet, and you know, one of the you know, one of the things we knew people were going to think is, ‘Oh well, in the season where Oliver and Felicity get engaged, and Laurel dies, that’s clearly making a choice about who’s going to end up with who,’ and truth be told, we sort of, we told the Laurel, Oliver romance story in Season One. We told that story. We never really thought about going back to it, so the shipping the was not an element, it was not a factor for us.

Following the surprise announcement of the show, ABC has released a synopsis for the new young adult Marvel TV series:

This exciting new series is an adaptation of the beloved Marvel characters aimed squarely at young adults. This live-action interracial romance follows Tandy Bowen and Tyrone Johnson, two teenagers from very different backgrounds, who find themselves burdened and awakened to newly acquired superpowers while falling in love. Tandy can emit light daggers and Tyrone has the ability to engulf others in darkness. They quickly learn they are better together than apart — but their feelings for each other make their already complicated world even more challenging.

HBO has released a name — “The Red Woman” — and brief synopsis for the sixth season premiere:

A synopsis for “Azrael” has been released:

A STRANGE DISCOVERY WILL BE MADE IN GOTHAM CITY ON AN ALL-NEW “GOTHAM” MONDAY, APRIL 25, ON FOX

Gordon and Bruce question Professor Strange about Project Chimera, which leads Strange to send the newly resurrected Galavan to confront Gordon. Meanwhile, Nygma investigates who Professor Strange is in the all-new “Wrath of the Villains: Azrael” episode of GOTHAM.

The season five finale is called “The Beginning of the End”.

The eighteenth episode of the season is called “The Singularity”. [Spoiler TV]

A gallery of images from “The Team” has been released, featuring the show’s take on the Secret Warriors together for the first time — there’s more at the link. [Coming Soon] 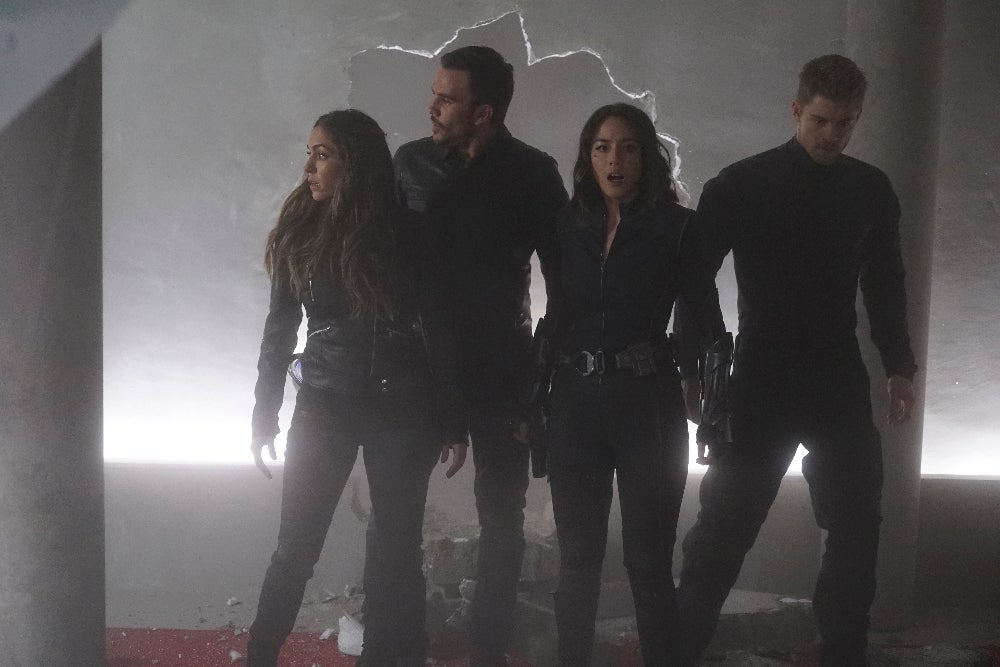 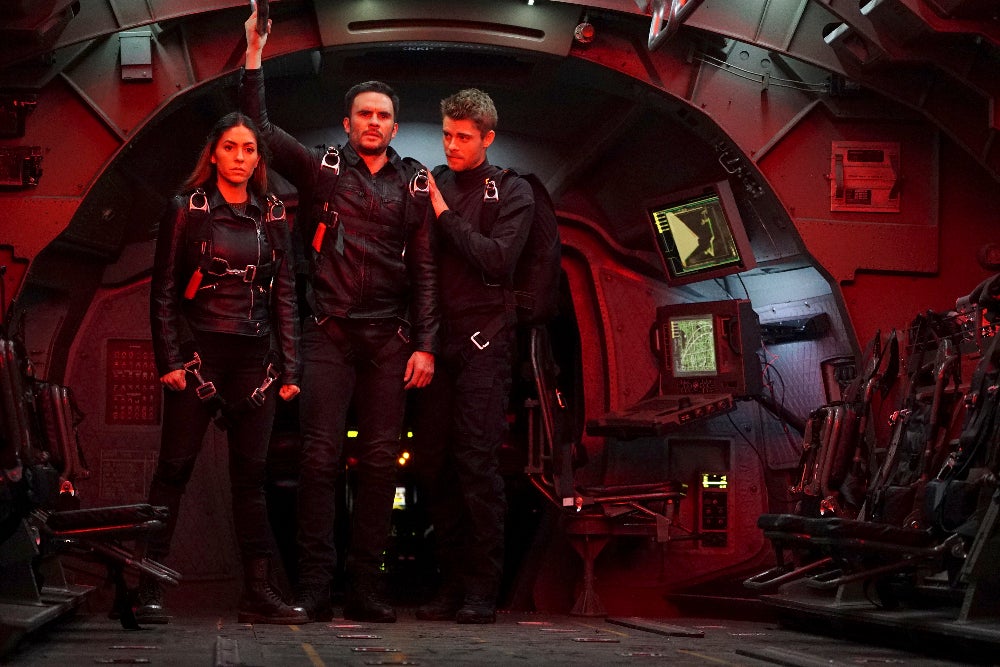 Finally, here’s a new featurette for “Progeny”, which confirms that Jewel Staite’s guest character is a descendent of the Atom.