An Erupting Volcano Is Even Cooler When Seen From Space 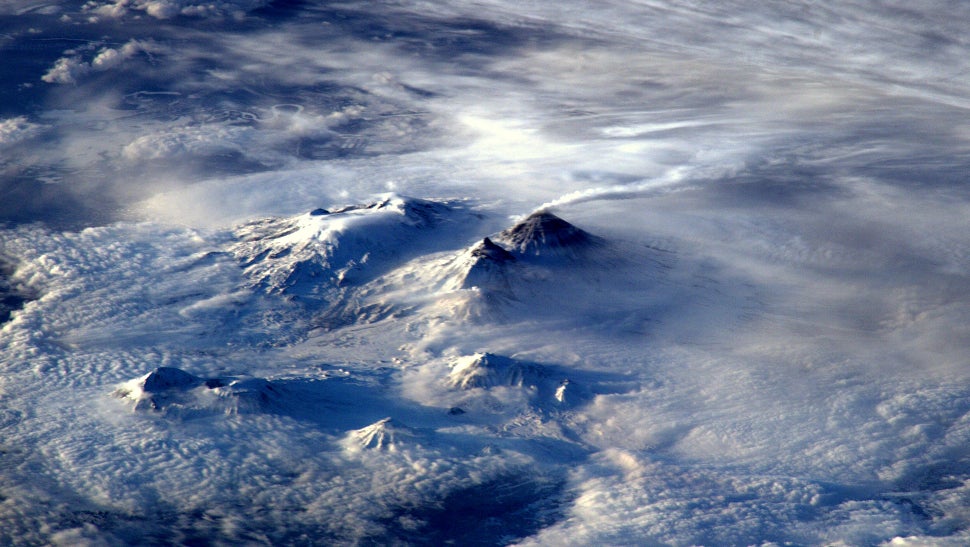 Image Cache: ISS astronaut Tim Peake recently snapped a photo of an erupting volcano on Russia’s far east coast. It’s so clear you can even see how the snow has melted around its peak.

Peake, who is a noted photographer, captured the photo early yesterday as the ISS flew overhead. The photo was taken from the space station with a sideways viewing angle, giving it an almost 3D, tiltshift-like perspective. A plume of ash and gas can be seen rising out of the volcano, known as Klyuchevskaya, which started acting up again earlier this month. Klyuchevskaya is located on the Kamchatka Peninsula, which is home to many active volcanoes.

Astute observers will remember this volcano from another ISS photo taken back in 2013. It’s also just stunning.