10 Terrible Movies That Absolutely Everyone Should See 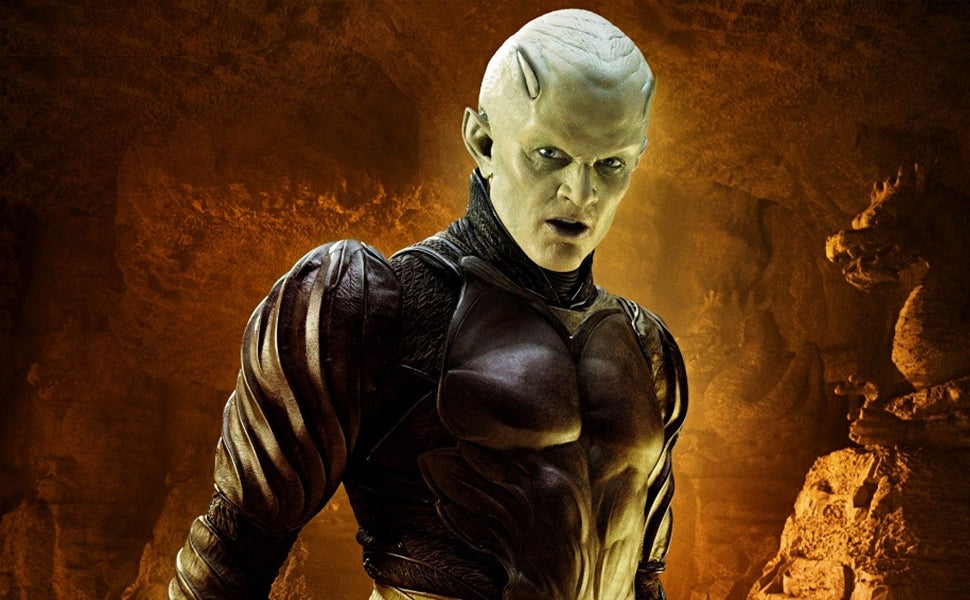 Sometimes you can learn more from a bad movie than a good one. And certain atrocious films have become cultural touchstones, influencing generations of creators and spawning endless memes. So here are 10 really awful science fiction and fantasy movies that everybody should watch at least once.

We recently rewatched this film, at the io9 fortress of media omnivorousness, and it’s actually much worse than we remembered. It’s so terrible, that it ought to be taught in film schools all over the world. Not just as an example of how not to translate a beloved artifact from another culture into a Western context, or turning animation into live-action, but also just as an example of squandered potential. Chow Yun-Fat brings so much good nature and zaniness to this film, and the rest of the cast tries their best. But what absolutely kills this movie dead is the lack of a strong villain — James Marsters, encased in latex, can barely move or speak, and he’s only on screen for about five minutes. And the fact that it simultaneously takes a dump on the anime’s mythos and also lectures you about it, simultaneously. When Goku starts turning into Oozaru at the end, you’ll have no clue what that’s supposed to mean, but you’ll be very annoyed.

Continuing the theme of terrible adaptations — in our imaginary film-school class, Peter Jackson’s The Lovely Bones would be shown back-to-back with Guillermo del Toro’s Pan’s Labyrinth. Because they’re both movies about young girls confronting unimaginable horrors, and seeing through the lens of fantasy. (Except of course, the girl in The Lovely Bones is dead, and the fantasy is her version of the afterlife.) And The Lovely Bones fails for all the reasons that Pan’s Labyrinth succeeds — the fantasy stuff has no real weight to it, in Jackson’s version. It doesn’t bring its own terrible darkness, or provide a thematic counterweight, the way it does for del Toro. And Jackson is a great filmmaker, at the height of his powers, using exquisite CG animation to depict a candy-coated afterlife that’s way less important in the book — and you wind up with the sense that Jackson has been seduced by beauty into abandoning coherent storytelling. Or maybe, that he’s convinced himself that enough giant butterflies will make some grand statement about innocence surviving after an unthinkable crime. The Lovely Bones is a great cautionary statement for anyone who’s gotten carried away — not just with the promise of technology, but also with some grand vision that has no weight to it.

These “threequels” are among the worst superhero films of all time. They’re not just bad, they’re milestones of terribleness, and you probably ought to see them purely because of their importance in geek culture. But they also provide a vitally important object lesson, in this era of pervasive superhero films. They’re both bad, in large part, because they try to cram in too many comics storylines into a single film. Spider-Man 3 wants to do the Venom saga, introduce Gwen Stacy, show Harry Osborn becoming the Green Goblin, introduce Sandman, and cover a half-dozen other bases. And it does so with supreme half-assedness. Meanwhile, X3 tackles Joss Whedon’s “Gifted” storyline about a mutant cure. Plus the Dark Phoenix storyline. Plus a whole lot of other stuff, that should have had a lot more breathing space. Neither of these films respects the material they’re working with, which doesn’t help. Given that Whedon’s second Avengers film is about to handle Ultron, Scarlet Witch, Vision and a few other odds and ends, it’s worth seeing a reminder of what happens when a movie tries to encompass too many iconic stories at once. 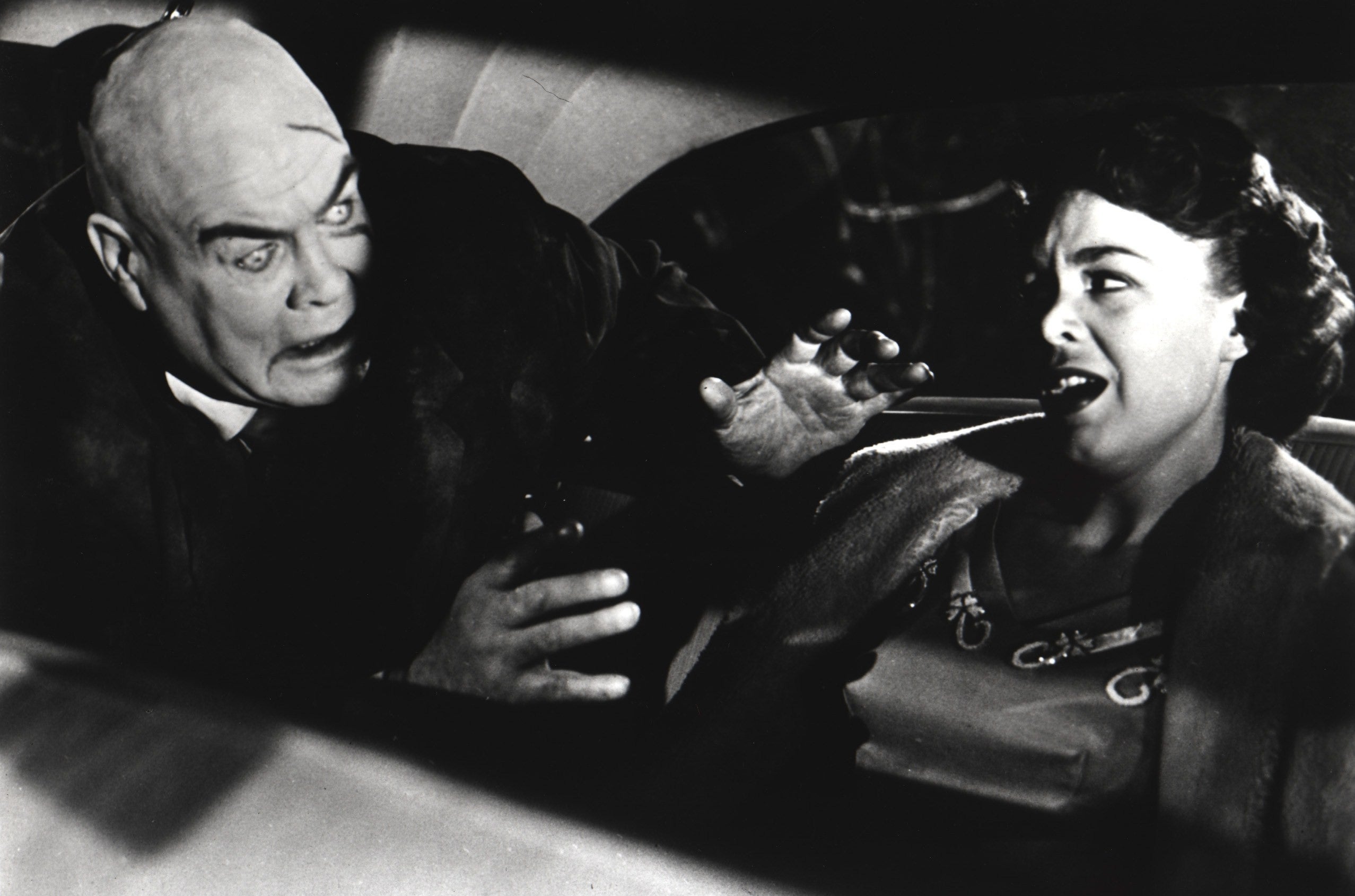 One of the main reasons why a bad movie might become required viewing is if it’s acquired cult status, and become part of our shared pop-culture heritage. And if it’s “so bad it’s good,” or so incredibly awful that it becomes unstoppably funny and bizarrely fascinating, pushing the limits of artistic expression in ways that a good movie never can. Like we wrote a few years ago, “A truly horrendous movie can make you feel like you’re seeing the face of God. And then it melts!” Or, as Jim Steinman says in the Meat Loaf biopic, “If you don’t go over the top, how will you see what’s on the other side?” And this thriller, made by notorious B-movie maven Ed Wood, is considered by many critics and film enthusiasts to be the worst movie ever made. Hilariously low-budget, riddled with continuity errors, featuring a baldly absurd (some would say amazing) plot, and amateurish to a fault, it’s a case study in how not to make a film. And yet, it’s possibly the best and most representative example of “so bad it’s good” movie-making, with its insane camp. And you can’t help coming a way with a lot of respect for the sheer chutzpah of its creator and his DIY determination. Ed Wood set out to make a movie with just a shoestring budget and some dime-store props and by God, he made one. 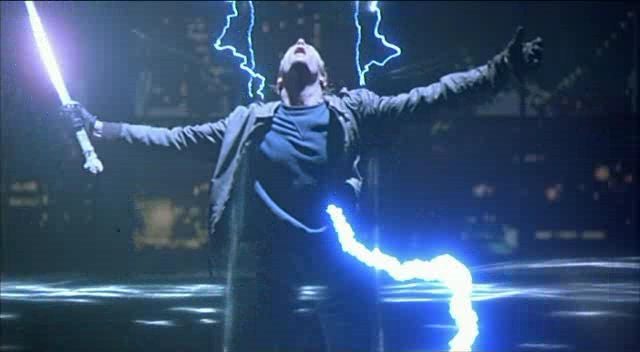 An incomprehensible sequel that appears to have almost nothing to do with the original film, Highlander 2 sees Connor MacLeod still pottering around New York in 2024, only now he’s graduated from pro wrestling fan to opera buff. The world is in bad shape, the ozone layer has been destroyed, and an evil corporation controls the shield that keeps everyone alive. Oh, and the immortals turn out to be alien exiles from the planet Zeist. A lot of Highlander fans prefer to pretend this movie doesn’t even exist — but it’s worth watching as a lesson in how not to undo the mythology of one film by over-explaining it in the next. The original Highlander is a B-movie gem whose cheesy trappings don’t undercut the essential simplicity of its premise. The origin of the immortals is never explained to us and that is as it should be. The sequel annihilates that mystery and replaces it with banality by positing the half-baked Zeist theory. 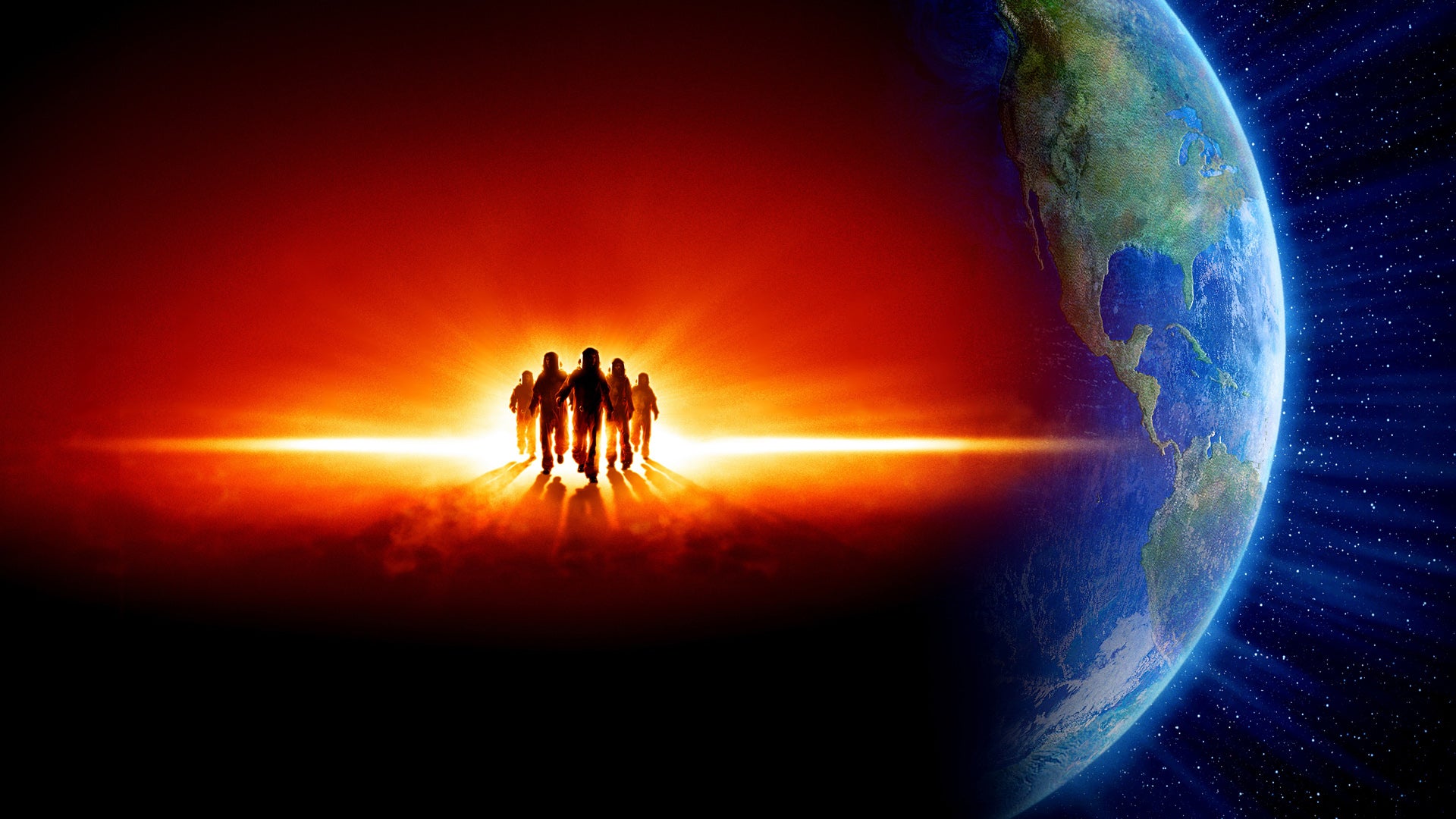 Along with films like Armageddon and 2012, The Core has come to symbolise terrible science in movies. When scientists from NASA and elsewhere list their most loathed films in terms of representations of science, they always pick on The Core. The whole premise is kind of amazing: the Earth’s core stops spinning, screwing up the magnetic field, and the planet will die unless a team of scientists travels to the center of the Earth in a special vehicle and nukes it. Along the way, they dodge ginormous diamonds. The Core is not just unscientific, it’s joyfully so. And it’s kind of a special pleasure watching a cast that includes Aaron Eckhart, Bruce Greenwood and Hilary Swank spout nonsense dialogue and attempt to take completely ridiculous situations seriously. This movie is like Ground Zero for awful science, and even Roland Emmerich can’t believe he didn’t direct it — so if you miss out on it, you’ll be left out of a lot of conversations about the most idiotic science in movies. Plus, and I cannot stress this enough, this movie is a special kind of insane fun. 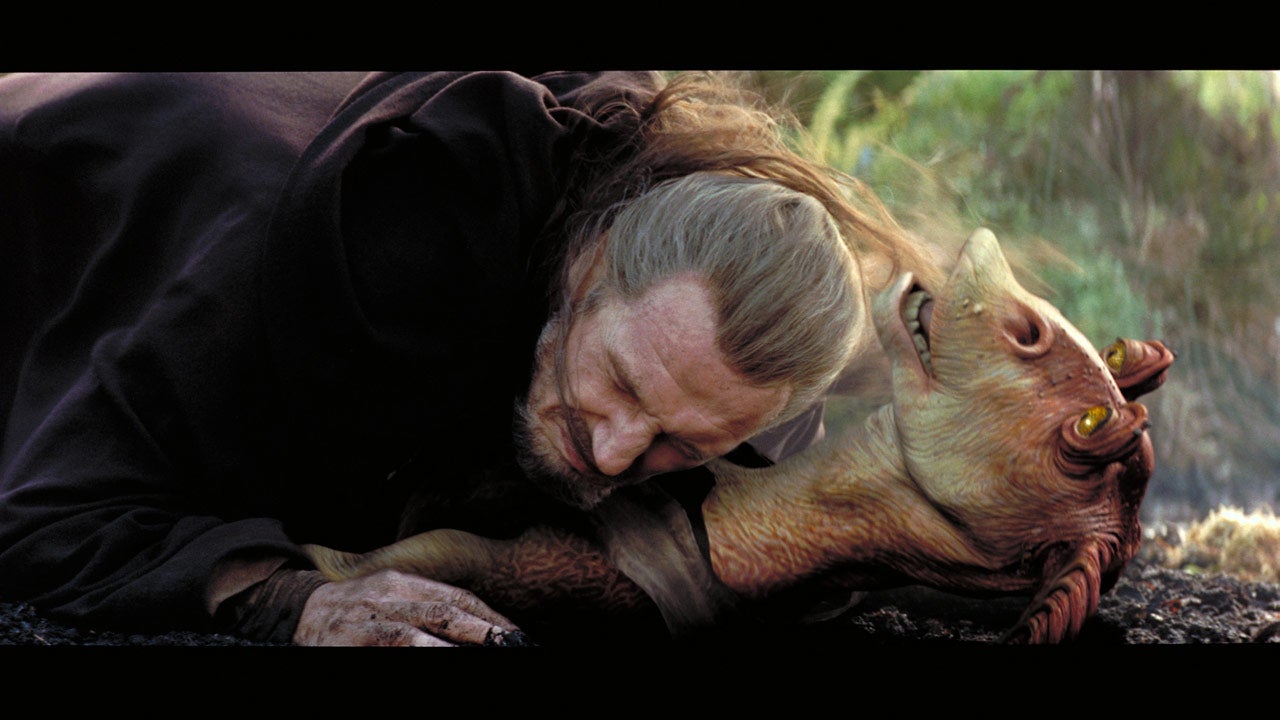 Even more than the Matrix sequels or Terminator Salvation or whatever, this Star Wars prequel was a colossal letdown. The long-awaited film turned out to be an undercooked, overplotted mess of empty pixels and stiff acting. Minus points for creating, in Jar Jar Binks, the most annoying character in the franchise. And yet, it’s a central point in geek mythos, a movie that everybody has opinions about. And with the Expanded Universe no longer in continuity, the entire Star Wars universe — which is continuing in full force with Rebels and a slew of upcoming movies — starts with this film. You can’t know Star Wars without studying this movie. Plus there’s the fact that Phantom Menace has spawned an entire cottage industry of film criticism, from Mr. Plinkett to everyone else. People have analysed every frame of this movie for its secrets of terribleness, and you won’t even understand a big chunk of the internet without seeing it. 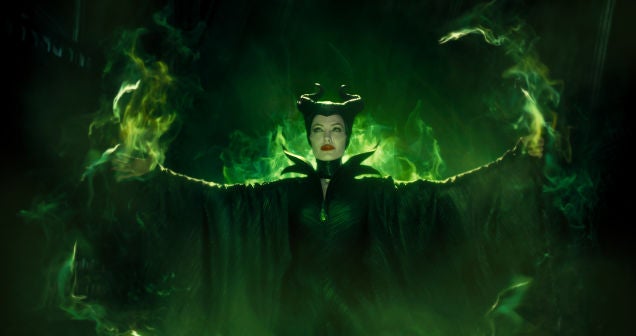 And now, for a change of pace, here’s a terrible movie that actually succeeds. As in, it was a box office success, but also it’s kind of beloved. And it’s purely thanks to two things: 1) Angelina Jolie’s magnetic, radiant performance, and 2) the fact that the movie gives her character a clear through-line and emotional arc. Maleficent does pretty much nothing right — it fails in its stated aim of telling the story of a great Disney villain, because it undercuts everything that made her a great villain in the first place. It gives her a backstory that feels horribly violating and brings up the spectre of rape. It has an inconsistent tone, vacillating between cutesy fairies and gothic darkness, and feels as though nobody was quite in control over the legion of VFX artists who put the thing together. The storyline is horribly unsatisfying, and does a disservice to its source material and to the audience. The rest of the cast, especially Sharlto Copley, seems not to know what the hell they’re doing. But it still kind of comes together, around Angelina Jolie. 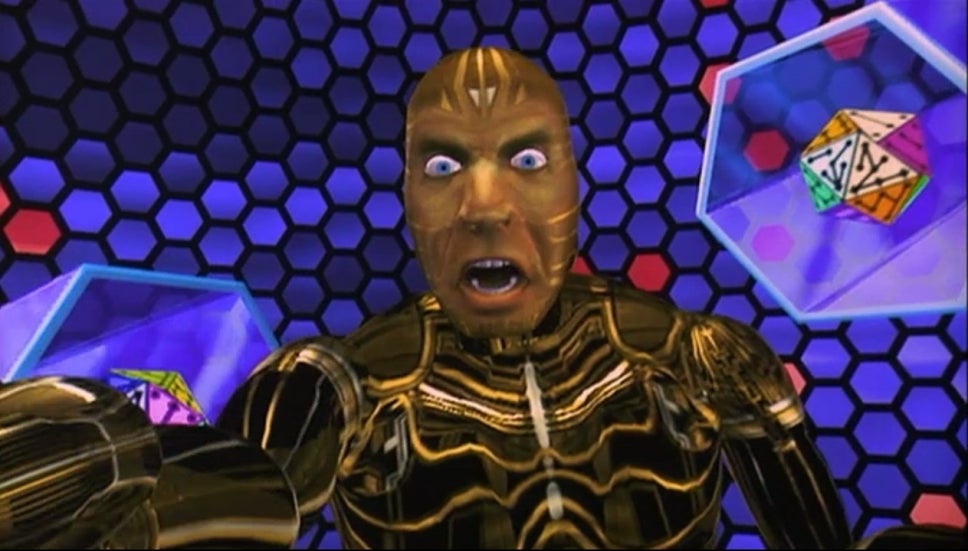 The #1 reason to see this film is because it has aged so very badly. It’s an object of fascination to see something that might — might — have been considered cutting-edge in 1992, and now looks so incredibly terrible. This is a thriller about a scientist who decides to enhance his groundskeeper’s intelligence with virtual reality tech and some choice drugs, very loosely based on a Stephen King novel. Its story makes no sense and its special effects are laughable today, making it the anti-Terminator 2 as a showcase of early CGI. So for one thing, Lawnmower Man is an object lesson in the dangers inherent in relying too heavily on ‘cutting edge’ technology as a replacement for storytelling, instead of leveraging the tech in the service of great stories and characters. But it’s also a fascinating glimpse of early movie CGI, which is so fake-looking and disturbingly weird that it becomes a different kind of art form. In much the same way that 1990s CG space battles are beautiful, there’s a weird beauty to this movie’s dated effects and “cyber” storytelling. It’s very much of its time, and it shows us how we got to where we are now. 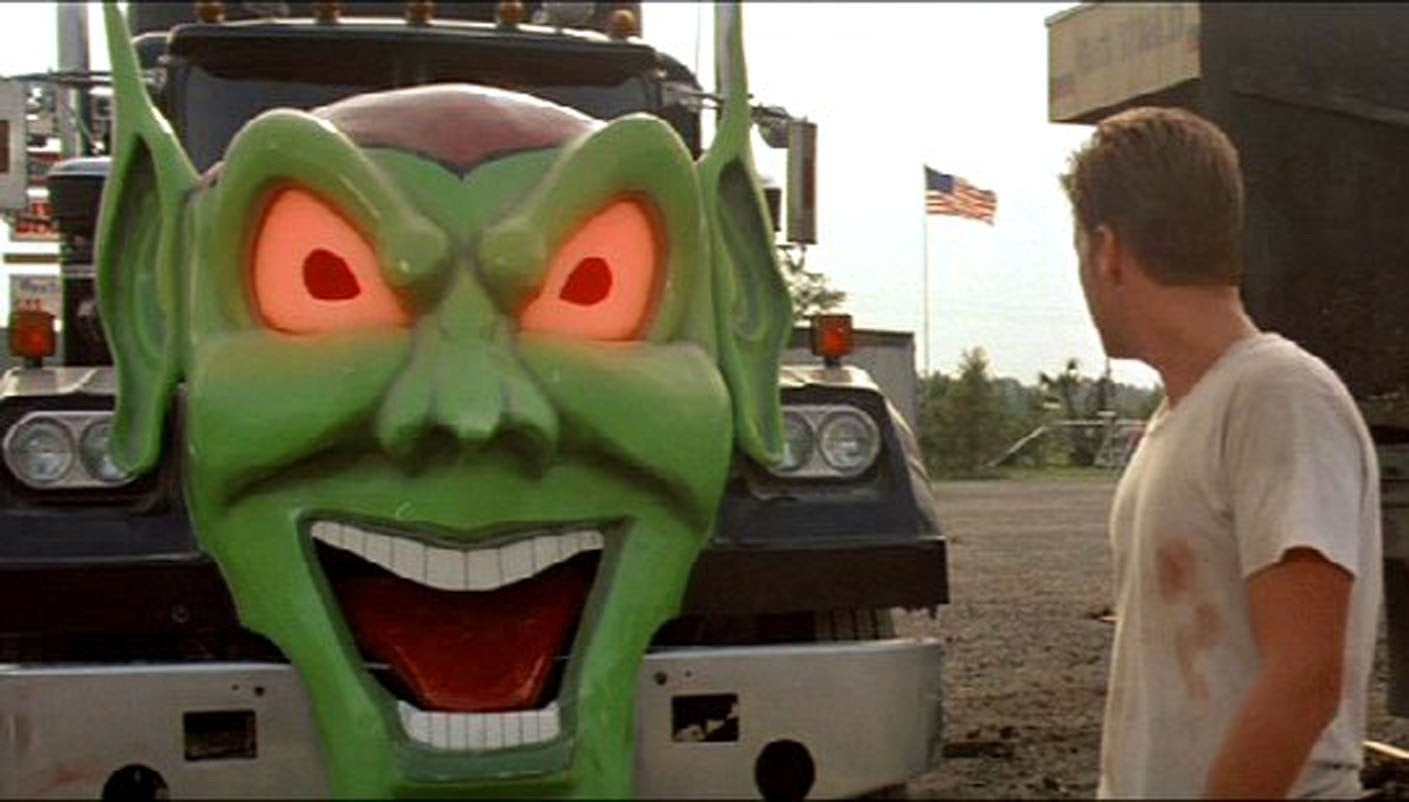 Stephen King might just be the most filmed genre author of all time — but this is his directorial debut, showing us just how King thinks his work should be filmed. As Roadtrippers explained:

For all the terrible acting and terrible directing, you still can’t help but love this movie.Maximum Overdrive has all the big explosions, deranged scenes, AC/DC tunes and variety of vehicles to redeem it from its lack of, well, everything else.

King’s adaptation of his short story “Truckers,” this gem is all about inanimate objects becoming murderously sentient after the Earth passes through the tail of a comet. It makes no sense. And given how much King dominates pop culture nowadays, it’s worth watching, just to see how his horror sensibilities translate to the screen when he’s adapting them himself — and why he fails where a number of others succeeded.