Would Being Forced To Use This 'Obese' Avatar Affect Your Physical Fitness? 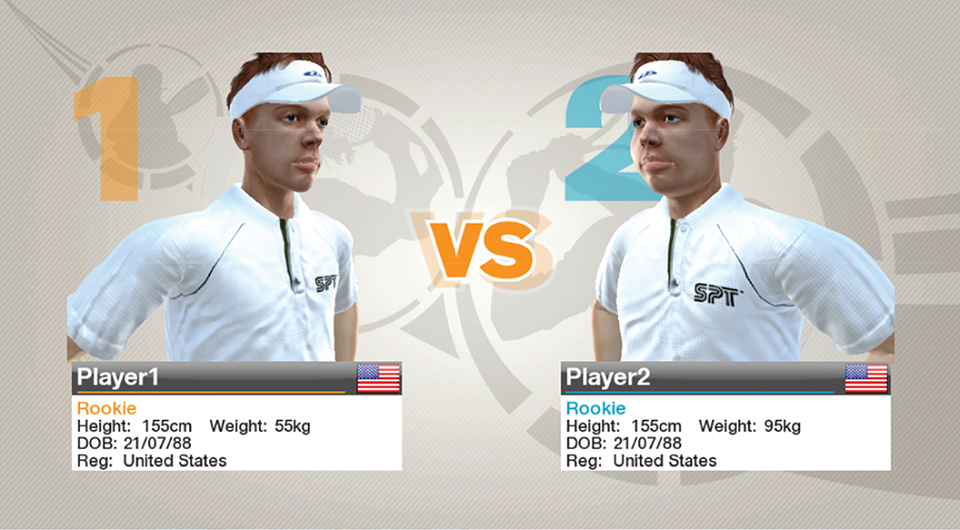 A new study in the Journal of Computer-Mediated Communication takes a look at how the physical activity of a player changes depending on whether or not the game they're playing uses a normal or obese avatar. There's one problem. Neither of the avatars look obese. We spoke to one the scientists involved to see what was up. Student subjects at the University of California, Davis, probably breathed a sigh of relief when they found out that they just had to play video games for a while, rather than being forced into some nouveau-Milgram experiment. The only drawbacks were that they had accelerometers strapped to their wrists and waists, and they didn't have control over their avatar (or their opponents' avatar).

The participants were playing exergames, video games that are meant to provide people with a mild workout by tracking their body movements and translating it into movements of their avatar on screen. These games are prime candidates for the so-called "Proteus Effect." Proteus was an ancient Greek deity who could change form at will. The Proteus Effect is a phenomenon during which people will change their behaviour depending on the form of the avatar they see on screen. Co-author Jorge Peña has studied the phenomenon before, in a study involving only women. This time he was testing it out with male subjects.

Given the results of his earlier female-centric study, Peña thought that players would move less at the wrist and waist if their avatar was obese than they would if their avatar was normal sized. They would also move less in general if their opponent was obese. Only if the avatars were evenly matched and fit would the player start moving more.

This would mean that the Proteus Effect was more social than previously assumed. Players would change their behaviour depending not only on their own avatar, but on how their avatar compared with other people's. And, during the experiment, this was what happened — with some qualifications. While women playing the game bent at the waist more often, male players bent more frequently at the wrist.

More troubling was the matter of the avatars. Granted, the two avatars at the top look different — but is either one "obese"? Peña told Gizmodo that the journal publishing the study called and asked for more shots of the different avatars, to give them a sense of whether they really did look different on screen. A second set of images, taken during game play, doesn't entirely clear it up. 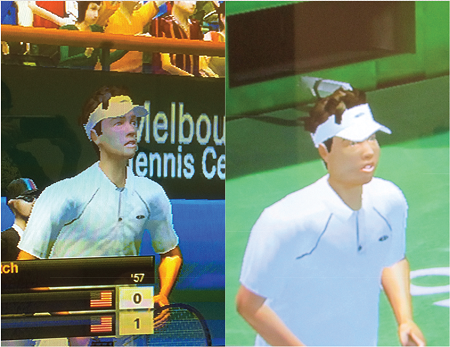 I don't understand. Is that a skeleton playing against the Michelin Man?

Looking at the images, we still had some doubts. One avatar is certainly bigger, but calling it "obese" is a bit of a stretch.

"It comes down to the question of 'How do you define obese?'" said Peña. The numbers are on his side. The researchers created the avatars to have different BMI levels. The first was a very slim 18.6, while the second was 32.1, which is categorized by the NIH as "obese."

But, we asked, is thin always ideal? Obviously, being in shape counts for a lot, but while one participant could interpret the thinner avatar as being lean and ready for the game, another might think he looks undersized and scrawny. The larger avatar might have a tummy under the billowing t-shirt, but he also has visibly larger arms and shoulders. Couldn't some players see him as muscular?

"You have a point," said Peña. "This is a male avatar." In fact, his team had to work to get the larger avatar looking fatter, rather than just bigger. They gave him "cheeks and jowls", in order to fill out his face and not just his biceps.

Peña is confident that the experimental subjects did see the larger player as less in shape, instead of just bigger, because of the listed weights, the testing with the silhouettes, and the modifications to the player's face. We're still not so sure — but we are interested in what he discovered regarding the Proteus Effect.

After the game play was over, the players were weighed and measured to calculate their own BMI. What Peña found "most surprising" about the experiment was that the participants "own BMI had no effect". BMI isn't the be-all and end-all of fitness measurements, but it can give a general sense of people's fitness and their willingness to move. The Proteus Effect, being "immersed" in the game, caused players to move the same way, regardless of their own bodies.

That could be very useful. "I think the findings have real-world applications, such as using avatars in video games to 'nudge' people to increase physical activity, or getting people more comfortable with small increases in physical activity," Pena said in a statement.