When Does Daylight End? 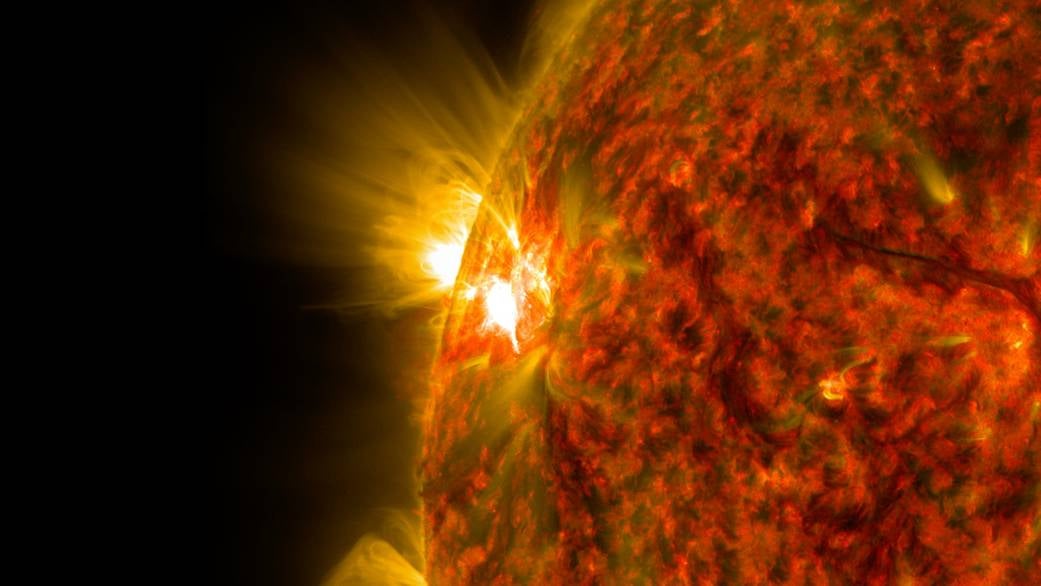 What time is the end of the daylight? Well, the sun is expected to die in roughly five billion years. But humans — provided we survive any number of ecological, nuclear, or alien-based disasters — are only expected to last about another billion years on Earth.

The bright flash of an M-class flare is seen exploding on the left side of the sun in this image from Nov. 5, 2014. (NASA)

So technically the "daylight" will be over for humanity in 1 billion years, which is again, predicated upon the absurd assumption that we make it that long anyway.

But if we define the "daylight" as the existence of the sun — that will be around for much longer. It will burn for another 5 billion years before it will have fully exploded into a red giant star, expanding as far as Mars and destroying everything humans have ever touched. But don't worry, you and everyone you've ever known or cared about in any way will be long dead by then.