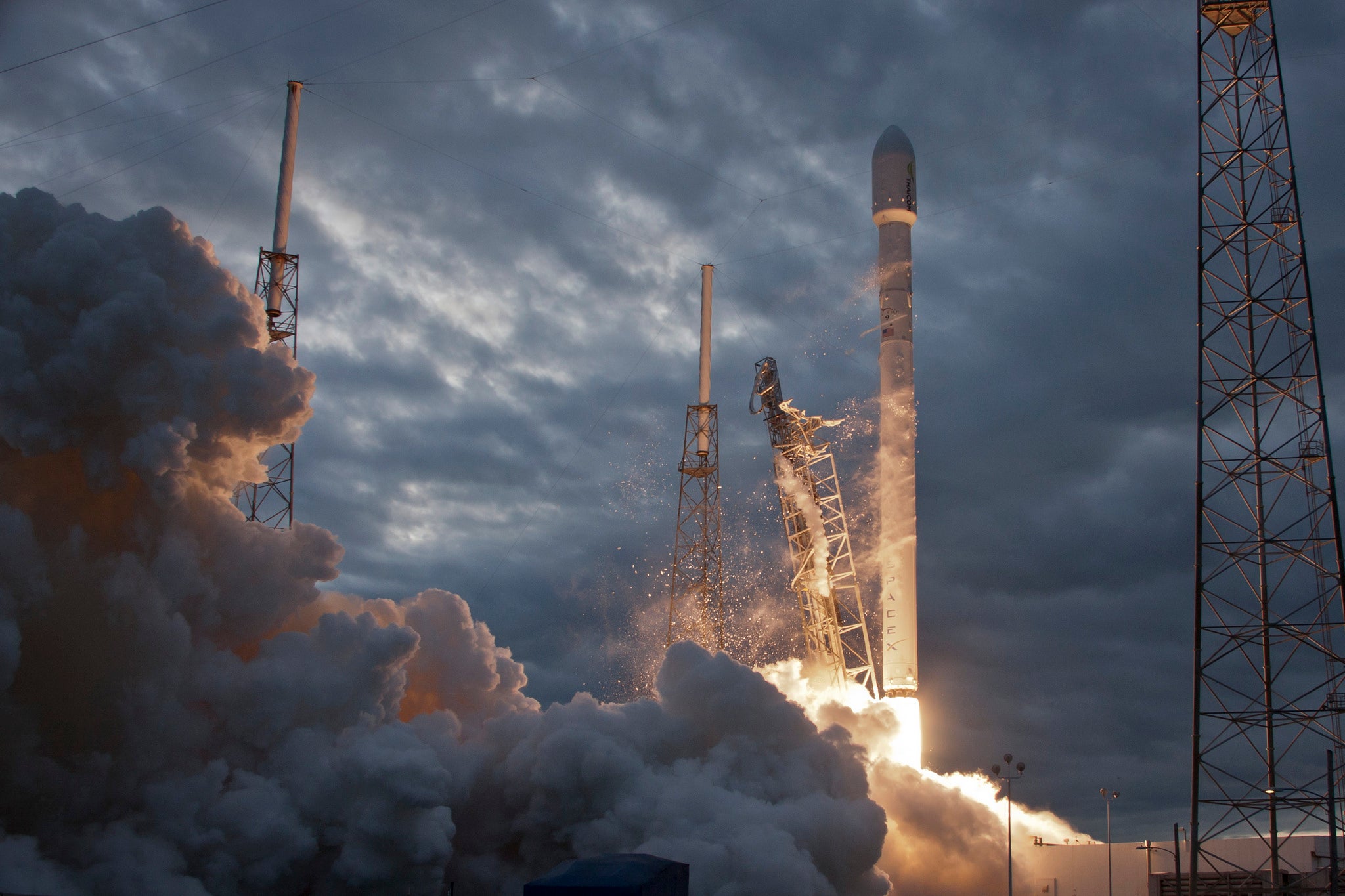 SpaceX is making its fourth attempt in less than a week at getting its new Falcon 9 rocket launched. Will it finally make it up? Let's see! The launch was never supposed to be the hard part for this Falcon 9 — this launch is supposed to be all about the landing, which SpaceX conceded going into the first launch that they expected to end in a crash. Instead, the first two attempts were scrubbed over issues with the rocket's new liquid oxygen fuel system and then the third was called off when a boat wandered to close to the launch system.

This fourth attempt will take place today at 10:35am AEDT (6:35pm ET). If all goes well, the Falcon 9 will release a SES-9 communications satellite high into the air, before attempting to land itself on a drone-piloted ocean barge. If it manages to stick the landing, it will be the first time a rocket has made an ocean landing.

As they're testing a new experimental orbiting plan, though, SpaceX says there is every reason to expect it to crash ("a successful landing is not expected," they note, a trifle mournfully). Still, at this point even a crash landing would be quite something to see as not only would it tell the engineers a little, it would also mean we finally got the launch.

Check back at 10:35 AEDT to watch — the livefeed will kick off 20 minutes before.

UPDATE 8:05am AEDT (4:05pm ET): And, SpaceX has just told us that the fourth launch attempt for this Falcon 9 is a no go. It’s not the liquid oxygen or an out-of-line boat this time, though. It was the wind shears at high altitude which Elon Musk explained “hits like a sledgehammer when going up supersonic”, as per this graphic he also provided:

They’re going to reschedule for a less windy day. We’ll see you again for attempt 5.