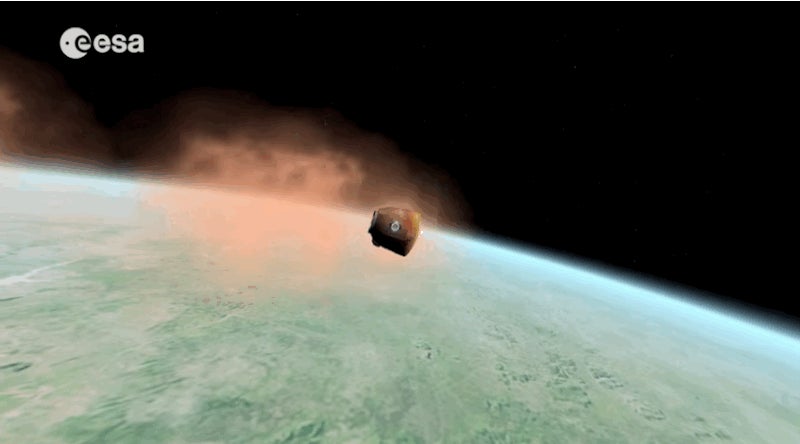 Have some sympathy for what these two men will feel as they plummet toward the ground from 400km on high in a fiery metal can at a rip-roaring 27,360km per hour. Astronaut Scott Kelly and Russian cosmonaut Mikhail Kornienko are saying goodbye to the International Space Station today, where they have been growing space lettuce, drinking space coffee and taking glorious pictures of our world for the past 340 days.

When Kelly lands back on terra firma, he'll have broken two American records: one for the most consecutive days in space, and another for spending the most days in space, period (520). Kelly and Kornienko's One Year missions are teaching us a lot about how the human body responds to long-term confinement in a weightless and radiation-rich environment — knowledge that will be critical if we ever want send people to Mars.

NASA, naturally, is devoting an entire evening's worth of livestream programming to Kelly and Kornienko's (hopefully uneventful) return. Here's how it will go down:

8:15am AEDT (4:15pm ET): Kelly and Kornienko say goodbye to the big aluminium can they have lived, breathed, and shat in for the past 11 months, and hop into a much smaller aluminium can (a Russian Soyuz spacecraft), which will ferry them back to the ground. At 8:40am AEDT (4:40pm ET), the hatch door closes.

2:15pm AEDT (10:15pm ET): NASA begins its de-orbit and landing coverage. A de-orbit burn will occur at 2:34pm AEDT (10:34pm ET), slowing the spacecraft and angling it toward Earth's atmosphere. At this point, there is no turning back — as Planetary Society blogger Jason Davis put it, the spacecraft is "essentially a flying brick with thrusters".

Fifteen minutes before landing, parachutes will deploy to slow the Soyuz craft's descent. A second before touchdown, two sets of three small engines on the bottom of the vehicle will fire to slow the landing even further. Landing is scheduled for 3:27pm AEDT (11:27pm ET), in a 30km-wide target area near the Baikonur Cosmodrome in Kazakhstan.

We'll be keeping a close eye on the astronauts' descent, updating if there are any hiccups or delays.