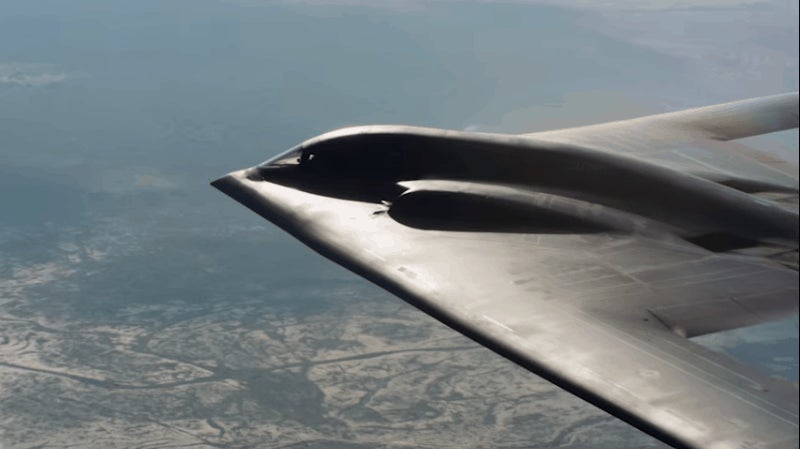 Video: In this rare aerial footage, the coolest aircraft ever created looks even cooler. Aerospace company Northrop Grumman posted a video of its B-2 Spirit Stealth Bomber and it's nuts.

Only twenty of these things have been built, so this kind of aerial footage of one in action is pretty rare. With a wingspan of 52.43m, it can fly up to 50,000 feet in the air and carry more than 18,144kg of munitions and weapons like gravity bombs. And its sleek black design makes it instantly recognisable, as well as totally otherworldly.

Check out the full video below: