This Is The Most Distant Galaxy Anyone Has Ever Seen 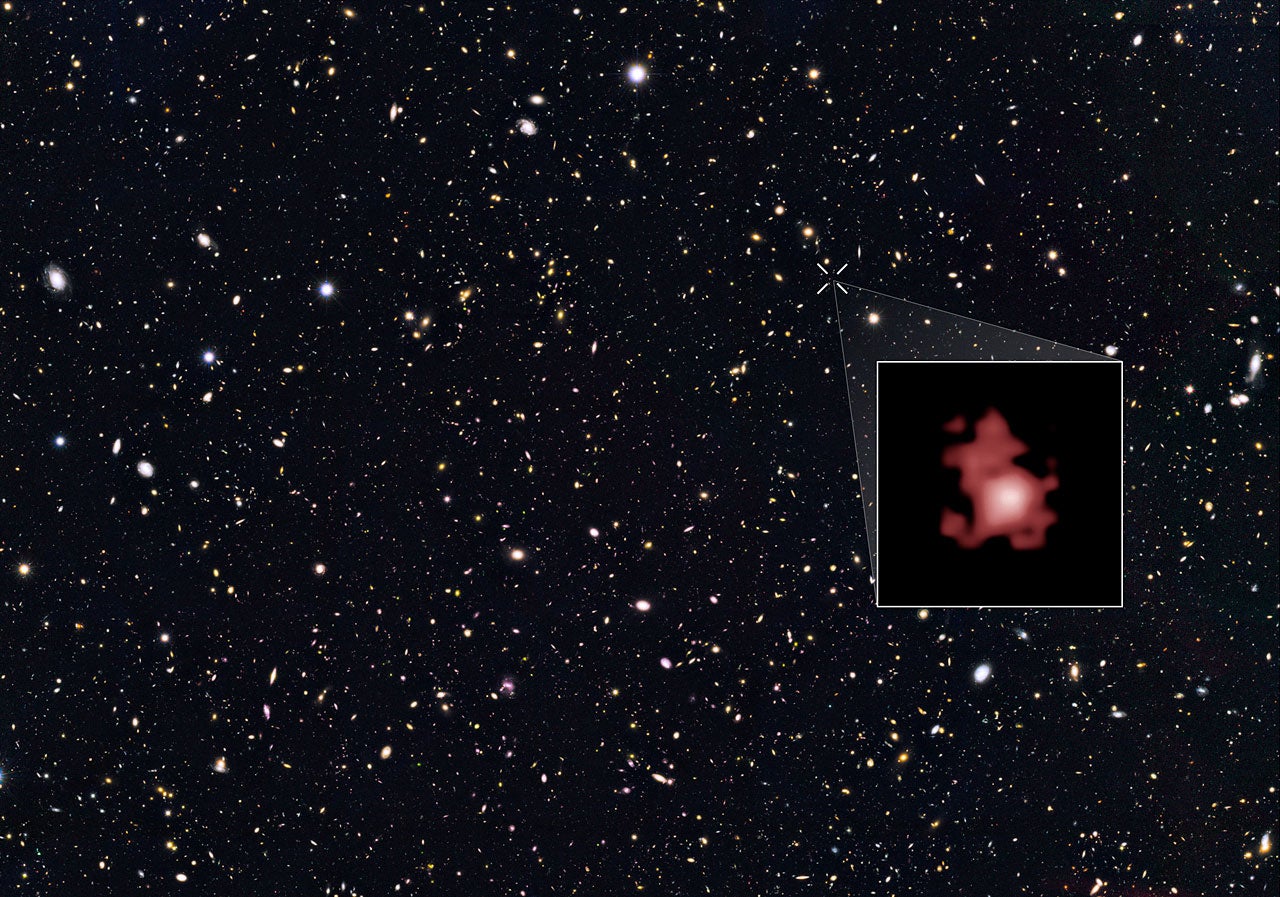 Look deep into this photo and what you'll see is something further away from you than you've ever glimpsed before. The ESA has released a brand new image of a faraway galaxy, which the agency says just broke all existing cosmic distance records. Hubble has produced some pretty impressive shots deep into space in the past, using the power of not just the telescope but also the phenomenon of gravitational lensing (nature's zoom lens). Many of those gravitational lensing shots have shown us galaxy clusters far beyond what we could ordinarily glimpse.

The hardest part isn't getting the photo, but reliably measuring the distance the photo covers. In other words, we often know when something is further away than something else, but not by how much. Using a new colour analysis technique, researchers were able to pinpoint Galaxy GN-z11 as the most remote one they'd ever seen, existing just 400 million years after the Big Bang. That breaks the previous record for most distant galaxy by over 150 million years from the Big Bang.

To get a better sense of just what that distance means, watch as you zoom in on the galaxy through the Big Dipper — and then just keep right on zooming and zooming: