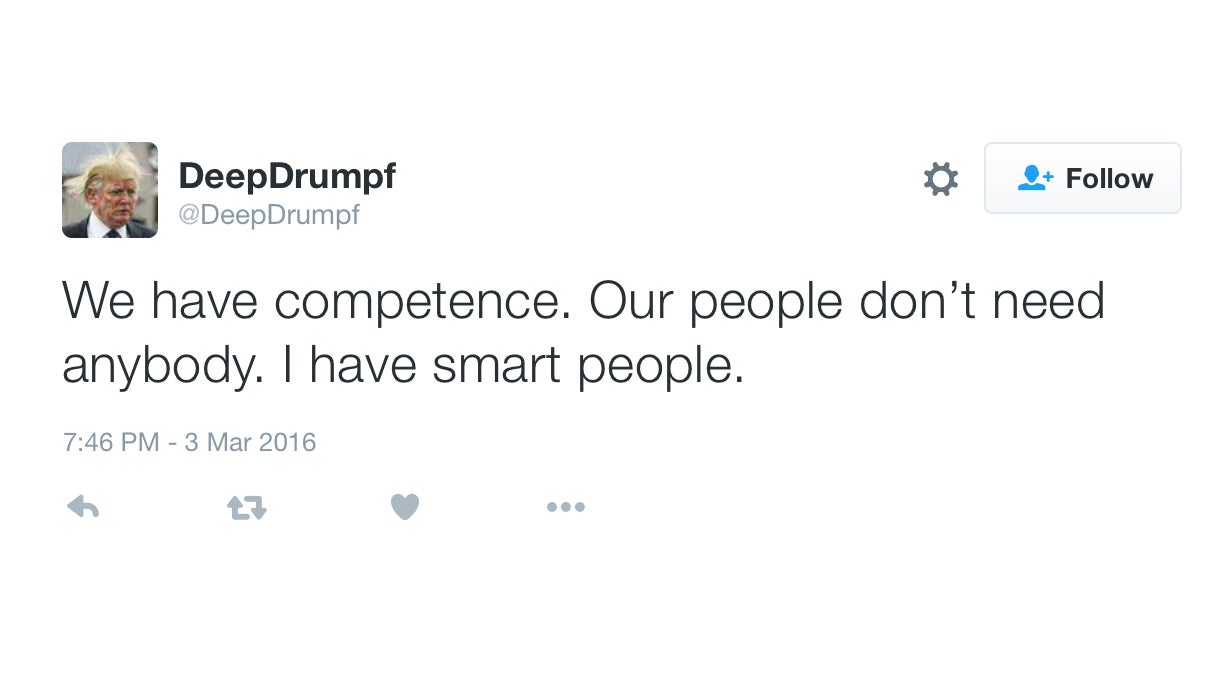 Marco Rubio is the US presidential candidate normally accused of sounding robotic — but is Trump himself even more formulaic? Read the AI Trumpbot's tweets, and try and persuade yourself you're not listening to the great hairdo in person. @DeepDrumpf is the work of Bradley Hayes, a postdoc from MIT's Computer Science and Artificial Intelligence Lab. He figured that since Trump talks at the level of a third-grader, it would be easy for a computer to emulate him.

The algorithm used to spit out tweets is trained on a few hours of debates and victory speeches. It's a simple process — the bot randomly picks a first letter, and then follows with the next-most likely letter, and keeps building with context until it reaches the 140-character limit. It's like a simpler version of Swiftkey's neural network predictive keyboard, only trained in mild racism and abuse rather than your weekly grocery list.

The first few tweets from the bot were randomly generated, but over the weekend, DrumpfBot appears to have started giving its opinion on a starting stimulus. Scary, but come to think of it, a robot uprising led by an angry Trump Twitter bot is probably how we all deserve to go.

[Romney is ]a tool. I want to tell you this. They're probably the last thing we need in a leader, We can't do that.