The More You Fidget In This Chair, The More Gadgets It Can Charge 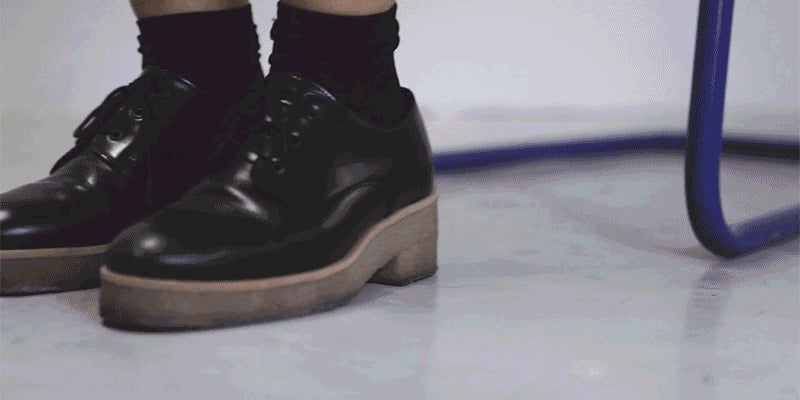 Centuries ago, man's biggest struggle was survival. Today, it's finding a way to keep our smartphones charged until bedtime. But instead of having to hunt for an available power outlet, Nathalie Teugels has designed a comfy chair that converts your fidgets and nervous energy into usable electricity.

The MOOV chair is still a prototype at this point, but a working one. Under the seat's cushion are 288 piezoelectric crystals that produce a charge when compressed or squeezed. So the act of just sitting down creates a surge of power, but you'll need to remain restless and constantly moving to produce enough power to charge a phone. Forget a standing desk, the MOOV will give you an even better workout if your phone is dying.

There are no details on just how much fidgeting you'd have to do to bring a dead phone back to a full charge, but in addition to a USB port built into the chair's arm, there's also a battery pack so it can harness your movements all day long, even when a device isn't connected.