The Five Biggest #FoodPorn Trends In Countries Around The World

That's exactly what a trio of researchers from Qatar Computing Research Institute and Queen Mary University of London wondered. They wanted to find out whether or not the hashtag encouraged a positive or negative relationship with food, so they took to Instagram to analyse 10 million posts made by 1.7 million users from around the world.

With an impressive 42 per cent of those posts being geotagged, they were able to compile lists of the most popular foodstuffs to feature in #foodporn Instagram posts around the world. So without further ado, here are the top five for selection of the countries included in the study: 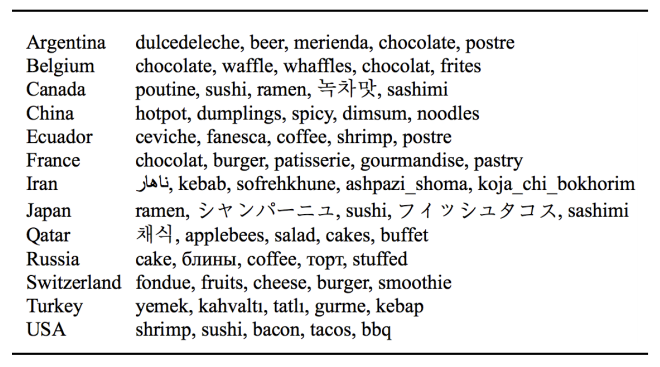 The team found that people posting pictures with the #foodporn hashtag were most likely to upload images of unhealthy food. But, interestingly, they also found that other users tended to click like on images of healthier foods. That, the team reckons, "suggests that the community is already self-policing in promoting a healthier lifestyle."