The First Uterus Transplant In The US Has Failed 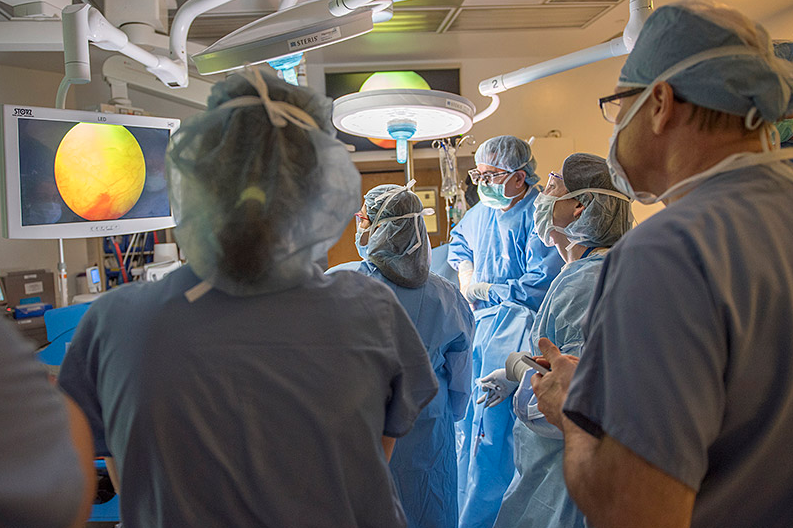 A revolutionary procedure that gave hope to infertile American women was ultimately not successful. The first uterus to be transplanted in the US has been removed after two weeks, even after the patient appeared at a press conference on Monday saying she hoped to get pregnant one day. The Cleveland Clinic announced today that the 26-year-old patient, known only as Lindsey, suffered complications after the February 24 transplant. She's in a stable condition now, but doctors were forced to surgically remove the organ. No further information about the complication is available, as the situation is "under review", according to a statement at the Cleveland Clinic website.

The transplant was the first US attempt to help women who have either lost their uteruses or were born without one to give birth. Before the surgery, the patient had her eggs removed and cryogenically frozen, and these would have been fertilised and implanted in the successfully transplanted uterus.

This is the first of 10 transplants that are part of a study by the Cleveland Clinic, so there will be more opportunities for success. Uterus transplants have resulted in five healthy babies in Sweden so far.

Top image: Doctors during the procedure. Photo by Cleveland Clinic

Alex Kidman 28 Feb 2020 12:41 PM
Hey, remember when every single mobile phone had a removable battery? One European Union proposal could see a return to phones with a pop-out battery, but it's not a move that major phone manufacturers, including Apple are likely to take kindly to. As with all plans of this type, though, there are some definite upsides and downsides to the scheme.