They say bad things come in threes. There are reports that Testra's mobile network is down once again with a steady stream of customers taking their complaints to Twitter. Currently, the network outage appears to be limited to Perth, Melbourne and parts of Sydney. Here's the news so far.

This story was originally published at 12:05PM on Tuesday 22 March.

Update, 1:20PM: Telstra says that it has resolved the issue.

We can confirm we have resolved the issue. We’re sorry for any inconvenience.

Complaints on Twitter are steadily mounting as more customers experience disruptions on the Telstra network for the third time this year. Currently, Telstra has been responding to complainants asking for more details and recommending they restart their devices. However, the flood of angry tweets from multiple customers suggests that user error is not to blame.

We've received reports from some customers facing difficulties making voice calls on our networks. We're investigating as a priority. 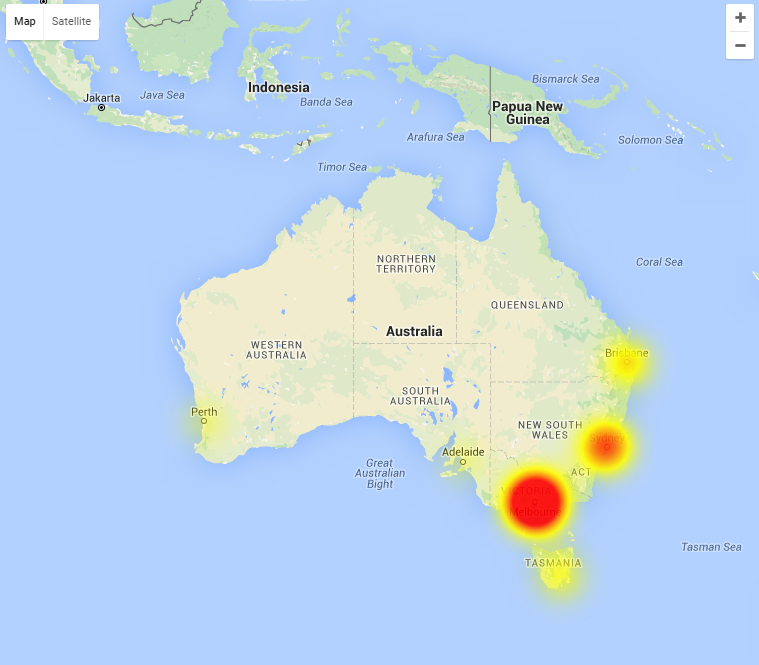 The Aussie Outages mobile tracker site also recorded a huge spate of reported outages in Melbourne, with a smaller amount of problems in Sydney. Nearly 1000 reports have been filed to the site over the last hour, and users in Brisbane and Perth are also experiencing problems.

This latest spate of technical issues follows nationwide network outages on February 9 and March 17. The previous service disruption was caused by an identified problem which caused a significant number of customers to be disconnected from the network. The problem was greatly exacerbated by affected devices all automatically reconnecting at the same time, which caused congestion to the network.

Data and messaging services are apparently unaffected in other areas. Gizmodo has contacted Telstra to confirm the scope of the outage.

For what it's worth my Telstra phone is still working fine here in Sydney. We'll be updating with more details as we get them.

Can't make calls from my #Telstra mobile in East Melbourne but I can receive them.

Perth and Melbourne affected by Telstra outage. Anyone else?

.@Telstra another mobile outage?? This is getting silly. You have just lost me as a customer when my contract comes up.

Anyone having issues making calls on @Telstra I cannot get through to any mobiles and need to make sales, help!

See also: How Can Telstra Avoid The Curse Of Vodafail?