Sure, Strap A Whole Damn Computer To Your Face In Public 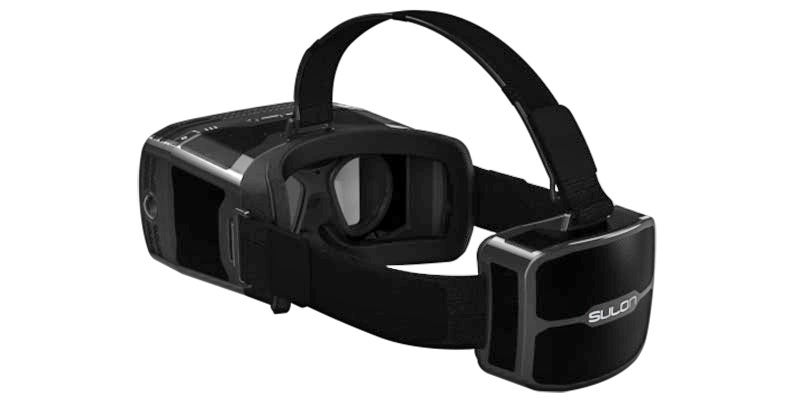 You know what I really really want when I'm on a plane? A computer strapped to my face. No. Really. I want to be able to privately play my games and watch my shows and write my lesbian erotica without 24B glancing at my screen. Privacy while travelling was where my head immediately went when I first strapped on a VR headset a few years ago.

And it's why I'm excited about AMD's collaboration with Sulon, a little known start up. The company is making the first VR headset with an entire computer built in. No ugly, gangly-and-tangly wires like the HTC Vive or Oculus Rift, no required use of your phone like Cardboard or Samsung Gear VR. Just a full Windows 10 PC pressed against the back of your skull and ready to do all your computing.

AMD has had a hard life the last few years. They're playing second fiddle to Nvidia in the graphics card racket and to Intel in the CPU one. The only place they have really excelled is as a supplier for all the chips that power Xbox Ones and PS4s. It's only natural they'd dip their toes into the latest gaming market as a stab at enduring relevancy.

And if the Sulon Q didn't have AMD's name (and computer guts) attached I'd be shouting "vaporware". This headset sounds too good to be true. It packs a full PC and headset into a quarter of the space other VR systems require, it has gesture recognition so you can see your hands inside the headset, and it uses two cameras on the front to allow head tracking and, potentially, to allow for augmented reality usage further down the road.

Usually stuff that comes out of nowhere and makes a series of claims that impressive is a heaping pile of hot garbage.

AMD's own comment about the device and it's "Spacial Processing Unit" don't help:

"[C]ombines real-time machine vision technologies and [a] mixed reality spatial computer" to provide "real-time environment mapping and tracking from the inside outward, dynamic virtualization for VR/AR fusion, and gesture recognition."

While I don't think AMD is trying to unleash a cloud of vaporware on us consider me sceptical until this thing is in my hands and doing more than half of what it claims to do. Nonetheless, the dream alone is something I can strap my (face) hopes to.