RIP Gary Hutzel, The Man Who Made Starships 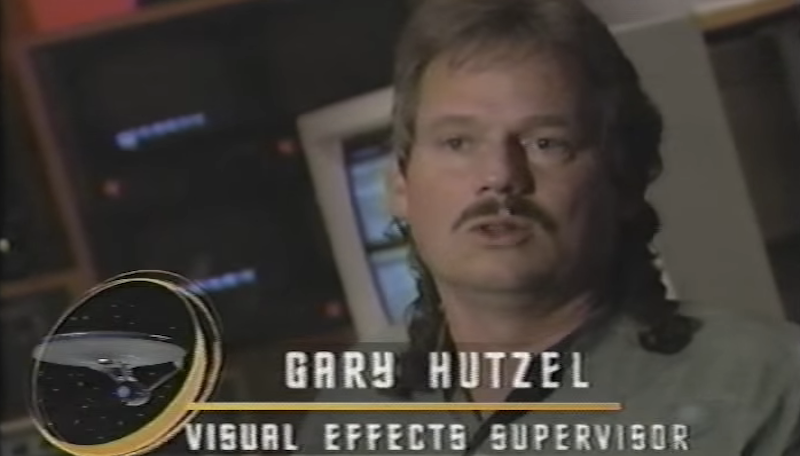 Designer and illustrator John Eaves, who designed the Enterprise-E, paid tribute not just to Hutzel's skill, but his work ethic:

Back in the TNG days, I was making models with Greg Jein and we would take them to a place called Image G to be filmed. That is where I met the great Gary Hutzel. What an amazing man he was, and it was great fun to watch him set up a motion-control shot for the VFX. A man with a great sense of humour, and he loved to be creative and work, work, work. You had to make him take a day off or go home at the end of a long work day. We did a Joe Dante show called The Osiris Chronicles and whenever the main ship would be on the rig to film he would shout out, "It's a fish!" Hah... and that is what it looked like. I loved that Mister Hutzel and will miss him terribly.

Hutzel went on to act as miniature cinematographer and VFX supervisor for the rebooted Battlestar Galactica, which netted him another two Emmys. That brought his total to four Emmys out of 20 nominations for his work. Hutzel continued to work with Syfy on Caprica and Defiance.

Here's to the genius, who allowed us to go into worlds beyond our own. RIP Gary Hutzel https://t.co/uW4WTNylBn

Hutzel was a native of Ann Arbor, Michigan, and became a mechanical engineering student at the University of Michigan before studying photography at the Brooks Institute in Santa Barbara. At the time of his death, Hutzel was working on Freeform's Beyond.