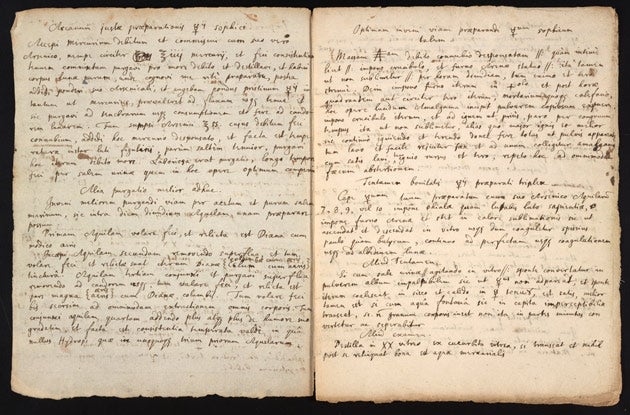 The 17th century manuscript, which was handwritten by Isaac Newton, describes a procedure for making mercury — a substance that alchemists thought could turn lead into gold. 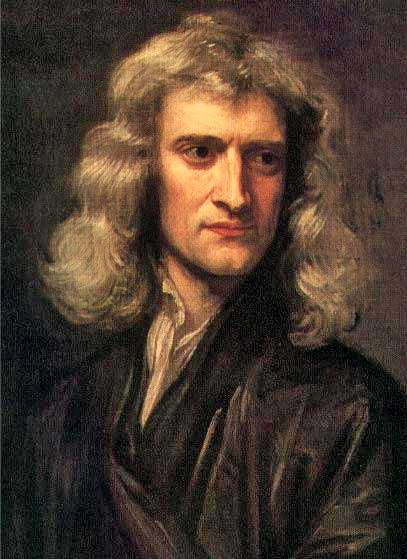 As reported in Chemistry World, the US Chemical Heritage Foundation has purchased the document, which languished in a private collection for decades. The newly surfaced manuscript was authored by an American chemist but handwritten and owned by Isaac Newton. Back then, when books were scarce or inaccessible, it was common practice for folks to write out the desired text by hand. In this case, Newton was scribbling down the ruminations of a Harvard-educated chemist named George Starkey, who sometimes went by the pseudonym Eirenaeus Philalethes. The document, written in Latin and titled "Preparation of the [Sophick] Mercury for the [Philosophers'] Stone by the Antimonial Stellate Regulus of Mars and Luna from the Manuscripts of the American Philosopher", described a process for making "philosophic" mercury ('sophick' being a short form for 'philosophic').

"Philosophic mercury was [thought to be] a substance that could be used to break down metals into their constituent parts,' explained CHF curator James Voelkel in Chemistry World. "The idea is if you break the metals down you can then reassemble them and make different metals." At the time, alchemists were striving to create "the philosopher's stone" — a mythical, quasi-magical substance that alchemists thought could turn base metals such as mercury and lead into gold or silver.

Sir Isaac Newton may have been one of the greatest scientists who ever lived, but his contributions to chemistry leave much to be desired. Like many of his contemporaries, he resorted to the mysterious world of alchemy, which served as an important placeholder until chemistry, as we know it in the modern sense, finally emerged. It wouldn't be until 1869 — some 200 years later — that the periodic table of elements finally emerged. Newton and his fellow alchemists were simply doing the best they could given the dearth of scientific knowledge.

Newton may have used the text while performing his own experiments, but we'll probably never know if he actually tried to make sophick mercury. Voelkel said it "would not have been out of character" for him to try it. Interestingly, the manuscript also includes one of Newton's experiments — a recipe for distilling a volatile spirit out of lead ore. Newton frequently used whatever pages were lying around to jot down his notes, which in this case happened to be the back of the Philalethes document.

The original version of the document was published in 1678, and it's possible that Newton's handwritten copy predated the first printed version of the text. Back in 1936, a batch of Newton's papers sold at Sotheby's auction to private buyers, and they weren't seen again until now.