Photos Of America’s Most Toxic City Are An Ominous Warning 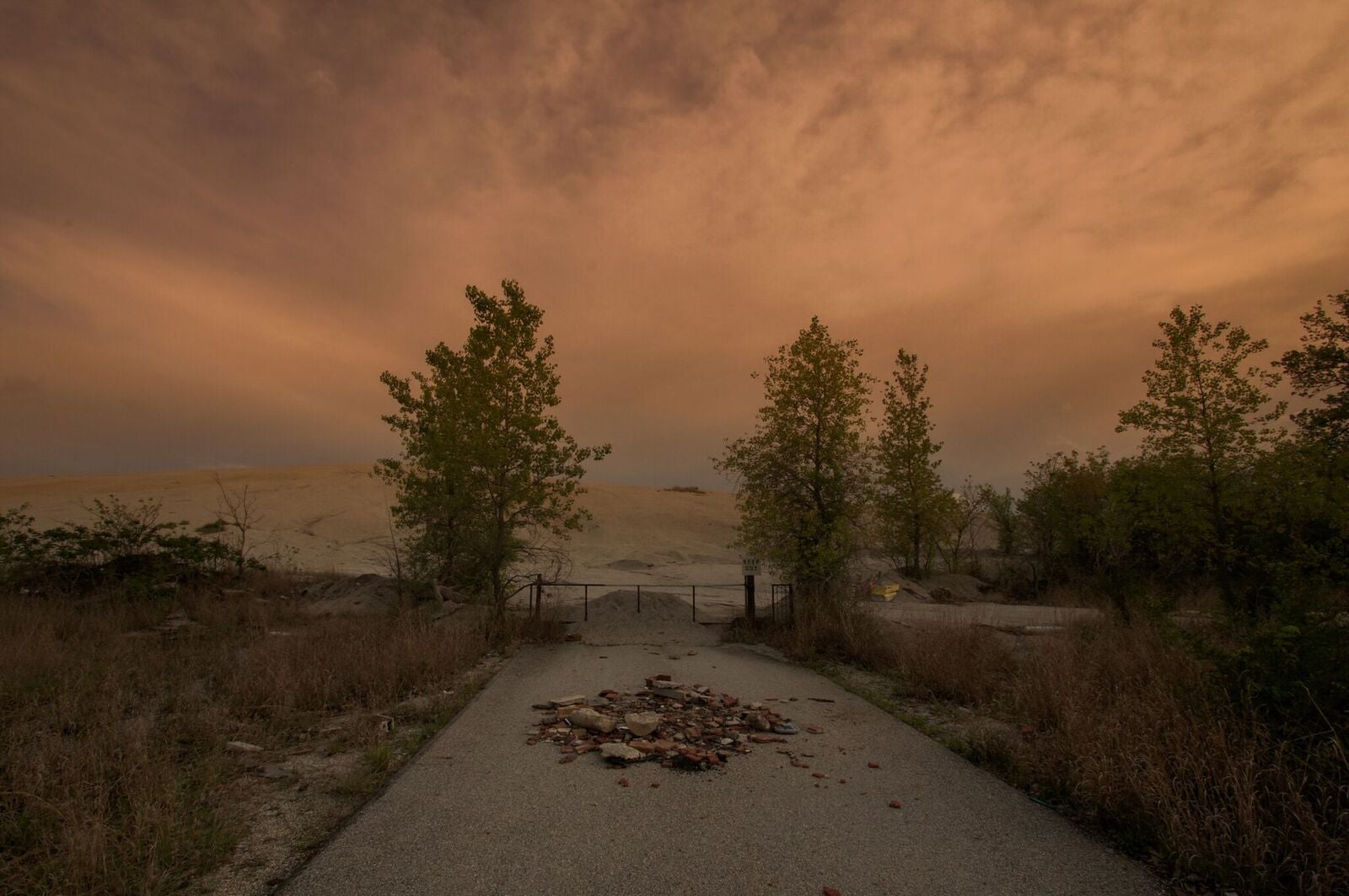 In 2006, the EPA issued mandatory evacuations to residents of the town of Picher, Oklahoma. This summer, photographer Seph Lawless travelled to Picher to access a previously restricted area. And he brought back what look like apocalyptic visions of the future.

For decades, Picher was one of the most productive mining fields in the state, producing 50 per cent of the lead and zinc used during World War I. The mining stopped in 1967, but contaminated water continued to seep out of the 14,000 abandoned mines, and millions of tonnes of toxic mine tailings, known as chat, remained piled up at the edge of town.

In 1980, Picher was declared a Superfund site (a hazardous, contaminated site). In 1996, it was discovered that 34 per cent of the town’s children had lead poisoning. The EPA determined that contamination was more pervasive than originally thought, and the ground had suffered from subsidence due to mining so most buildings weren’t fit for habitation. As part of a 2006 initiative, the government relocated Picher’s few hundred remaining residents (a few refused to leave, including the last resident, pharmacist Gary Linderman, who died in 2015). In 2009, the state dis-incorporated the city. 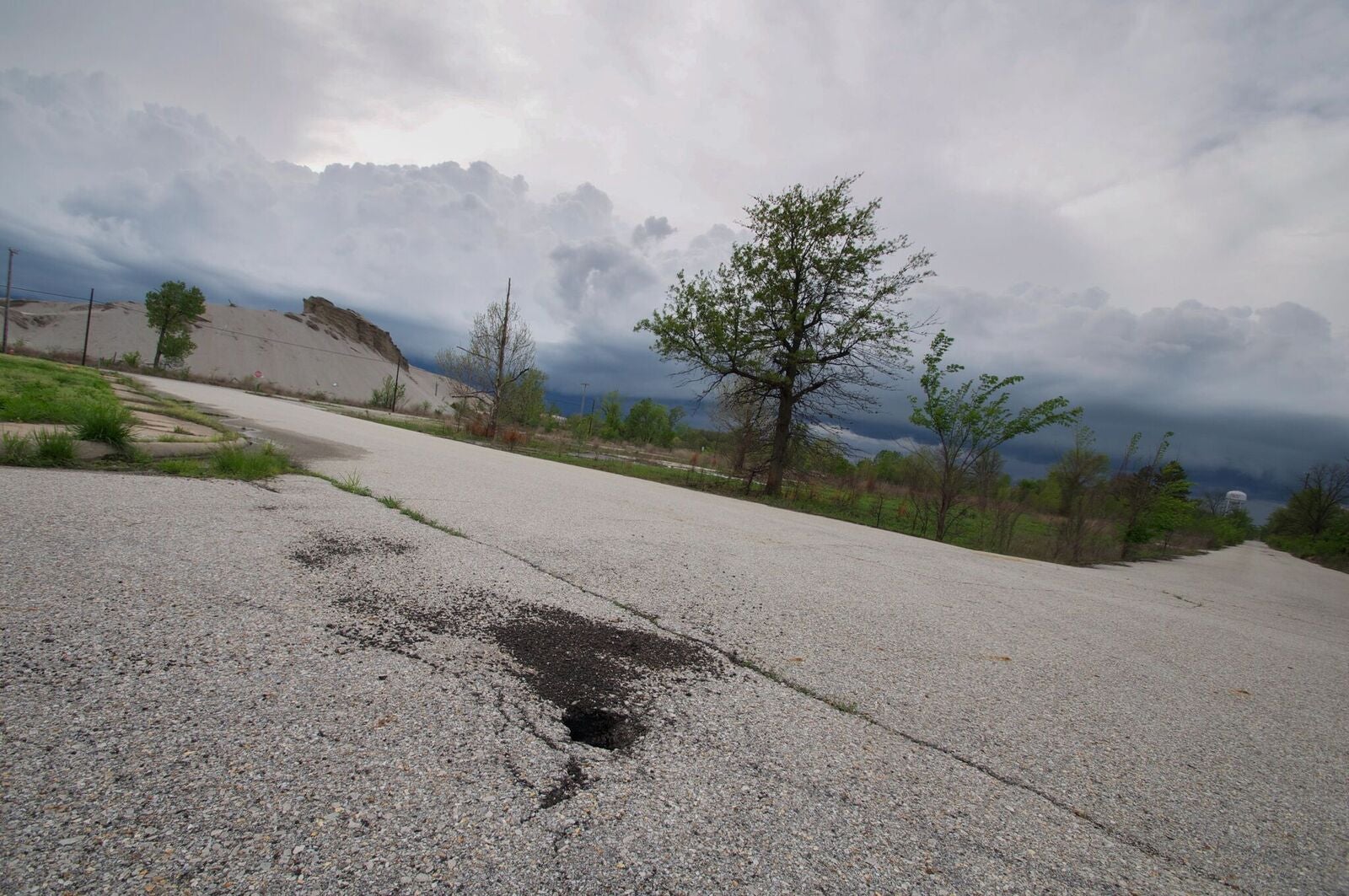 While he was photographing the mountains of chat, Lawless’s foot broke through the asphalt and into a sinkhole below. “The EPA says the Earth’s crust is so dangerously compromised due to the mining that sinkholes are a huge problem and large parts of the ghost town could cave in at any given moment,” he says.

The US still has hundreds of thousands of abandoned mines just like this, invisibly leaching toxic chemicals beneath the surface of their cities. The EPA is attempting to fix some of these sites — like the botched cleanup of a mine that turned a Colorado river neon orange — but there are simply too many to address. In fact, what’s happening with Flint’s drinking water is part of a bigger story about the state of industrial pollution in the US country that we’ve only begun to uncover. In the future, more towns might look like Picher.

As a storm cell crept over the town — one which would generate tornadoes that devastated parts of Texas and Oklahoma — Lawless photographed Picher’s empty streets and quickly vacated homes. This is what he saw. 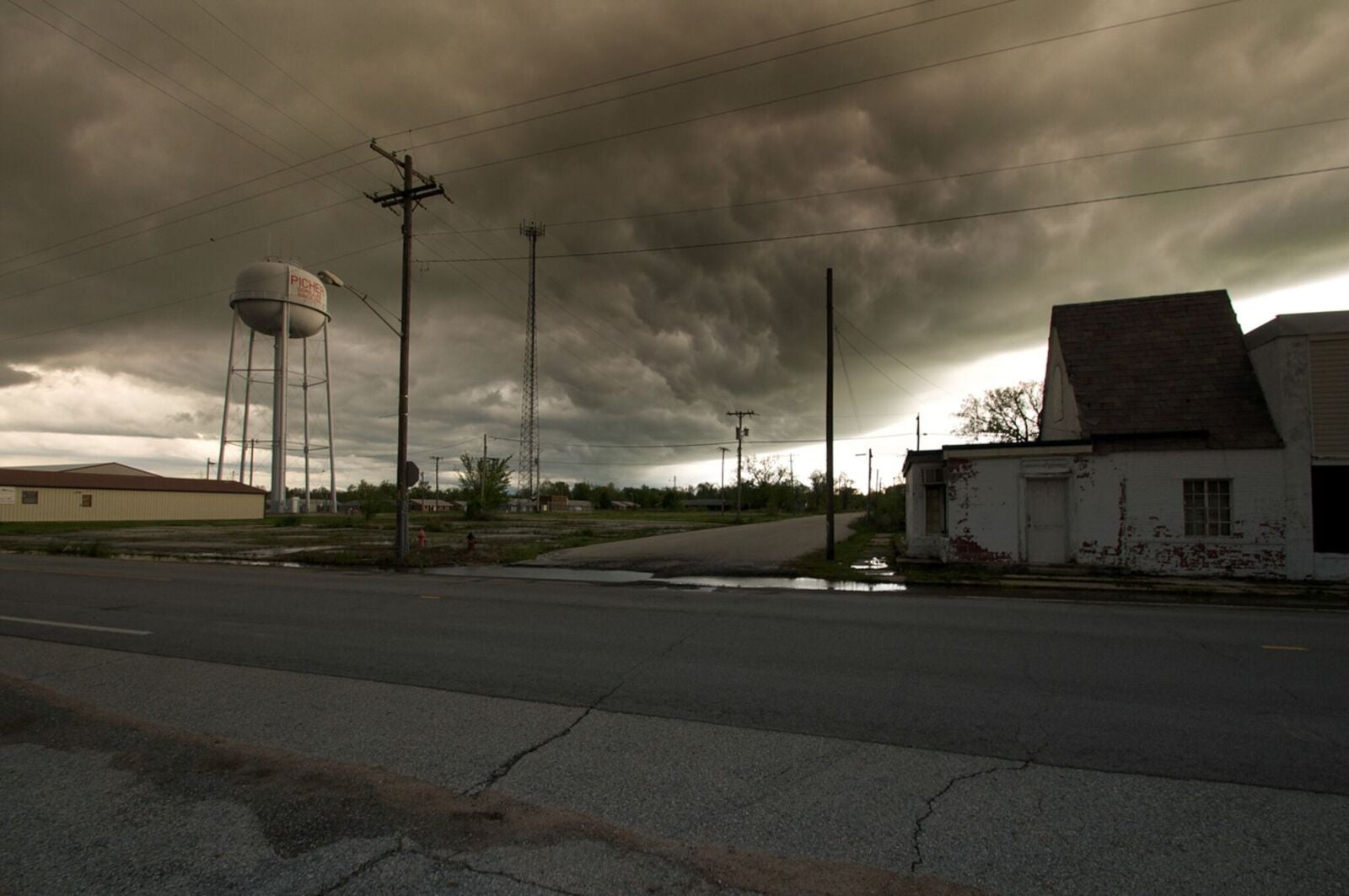 Storm looming over the real-life ghost town. The former pharmacy to the right of Gary Linderman. 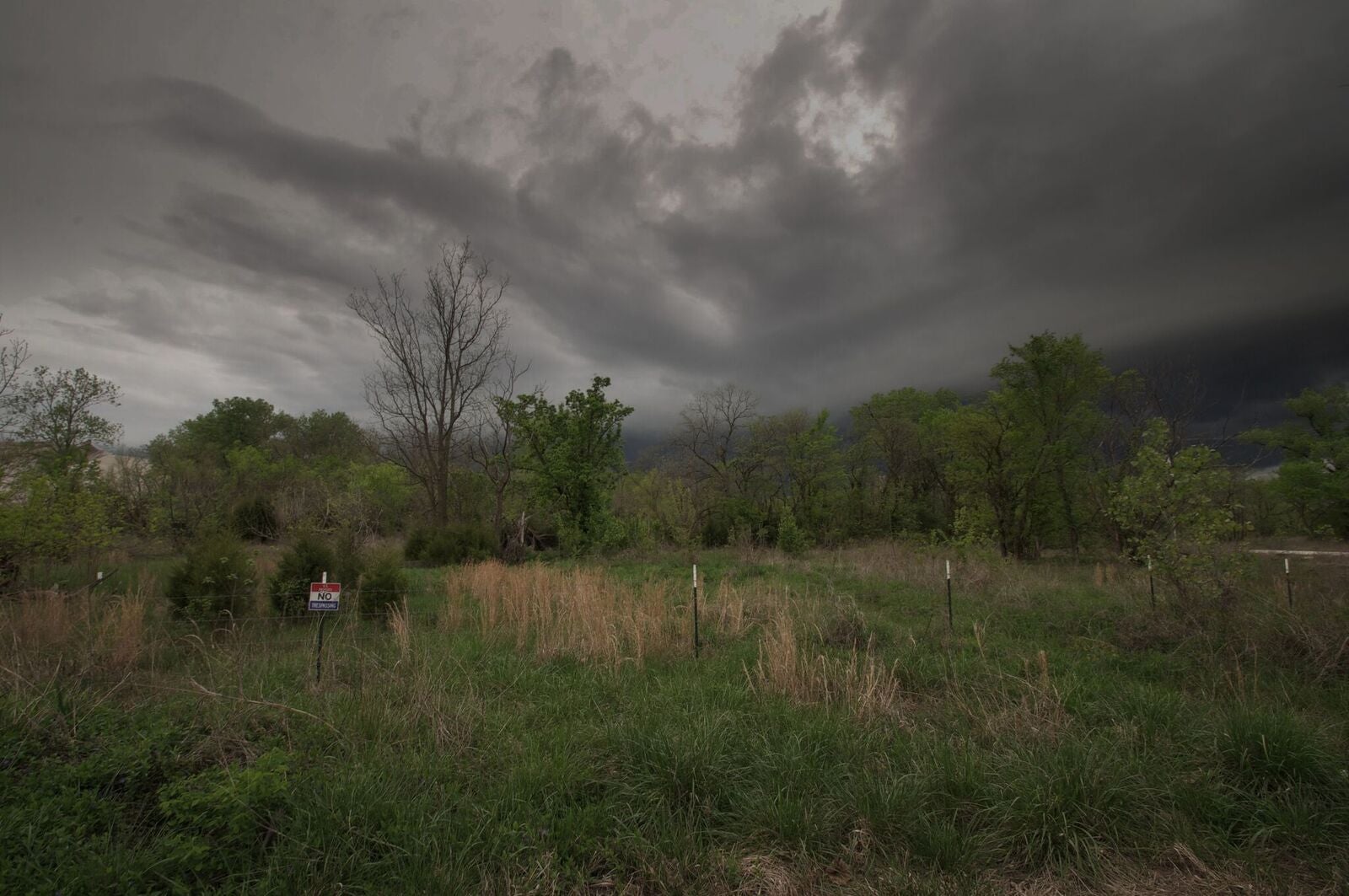 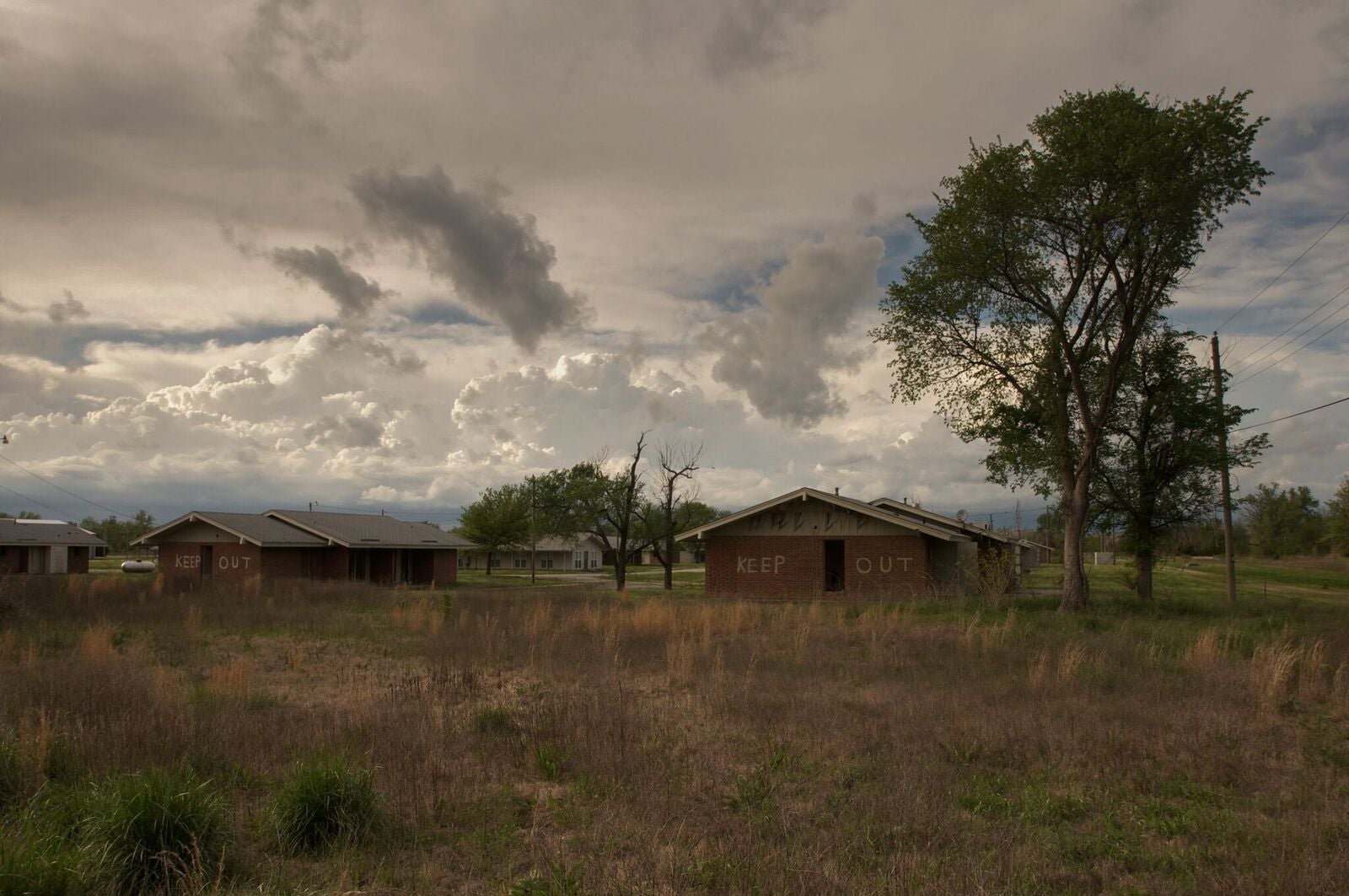 The government forced residents to leave the town. The evacuation was mandatory. 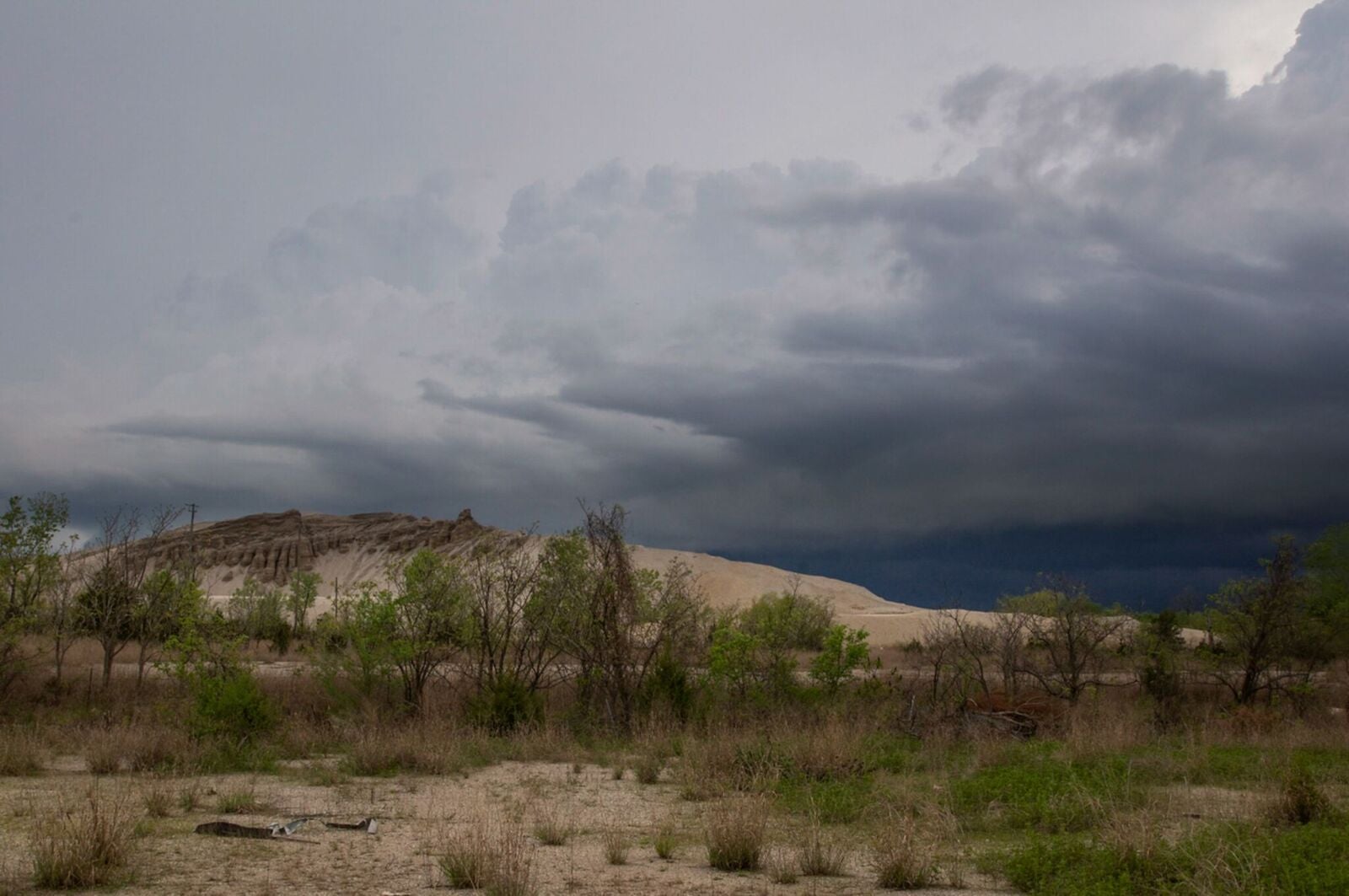 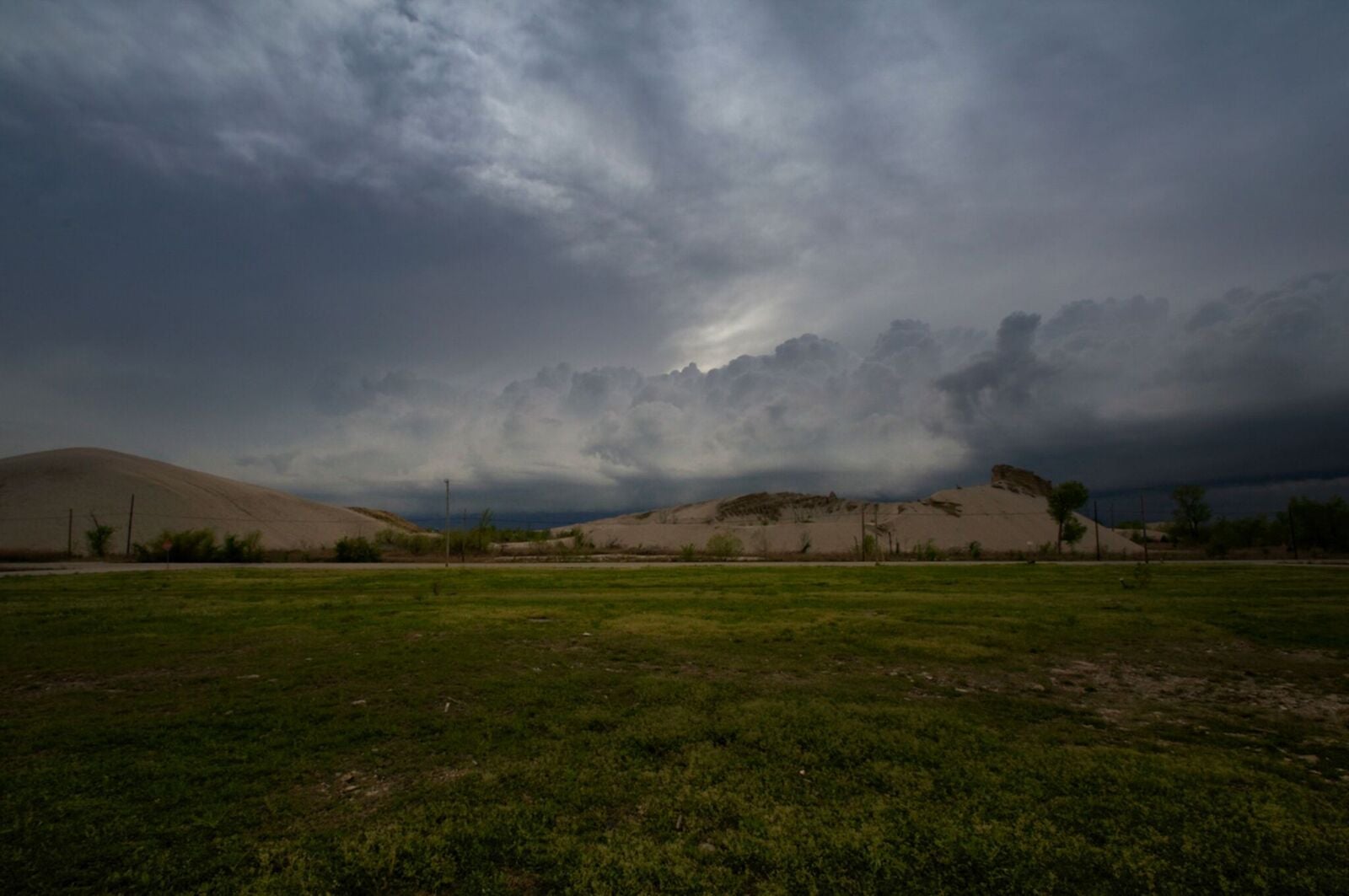 Piles of a toxic mining mineral called ‘chat’ surround the town like an eerie mountain range. 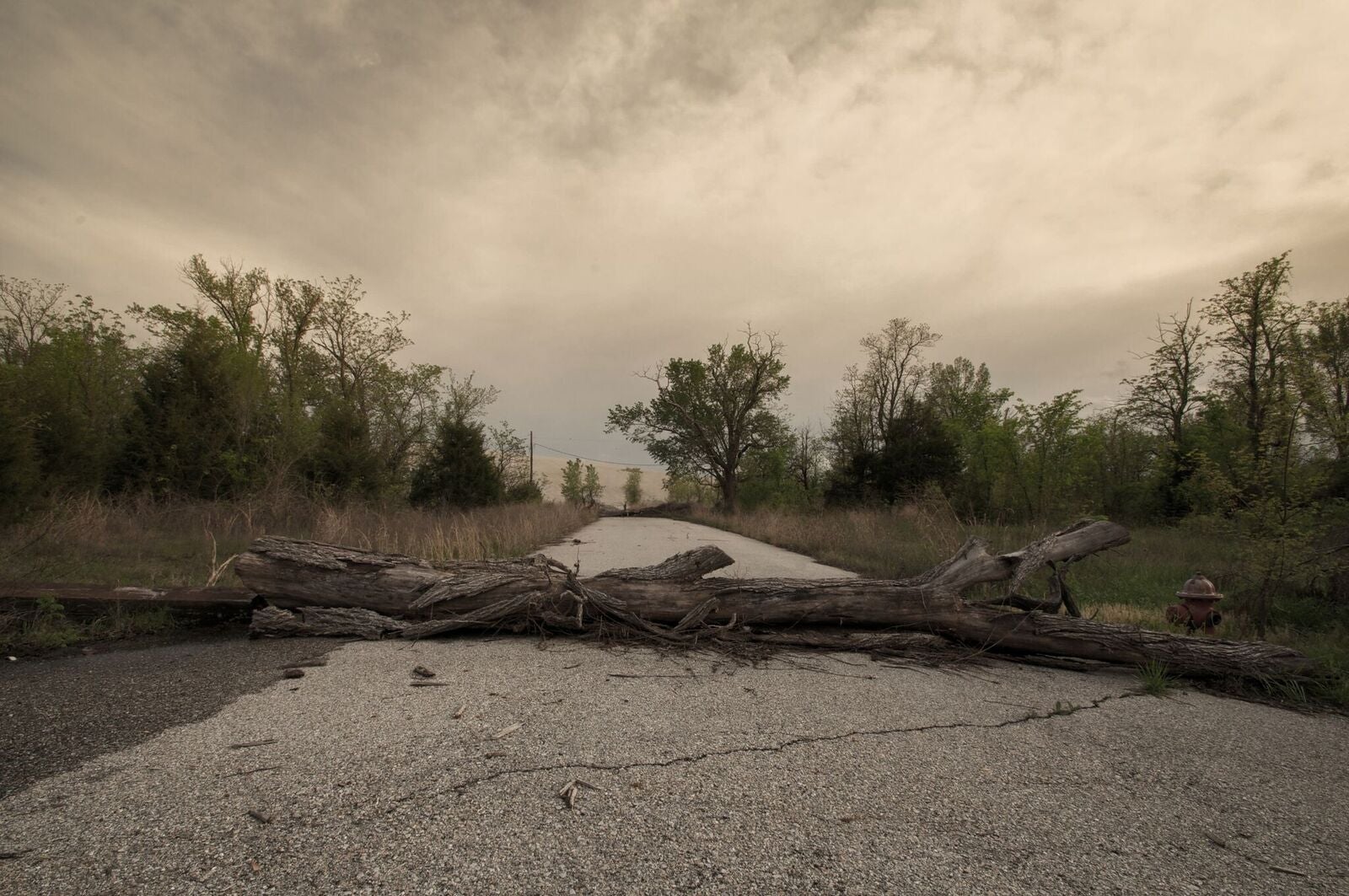 Trees act as obstacles to block people from getting too close to the toxic chat piles. 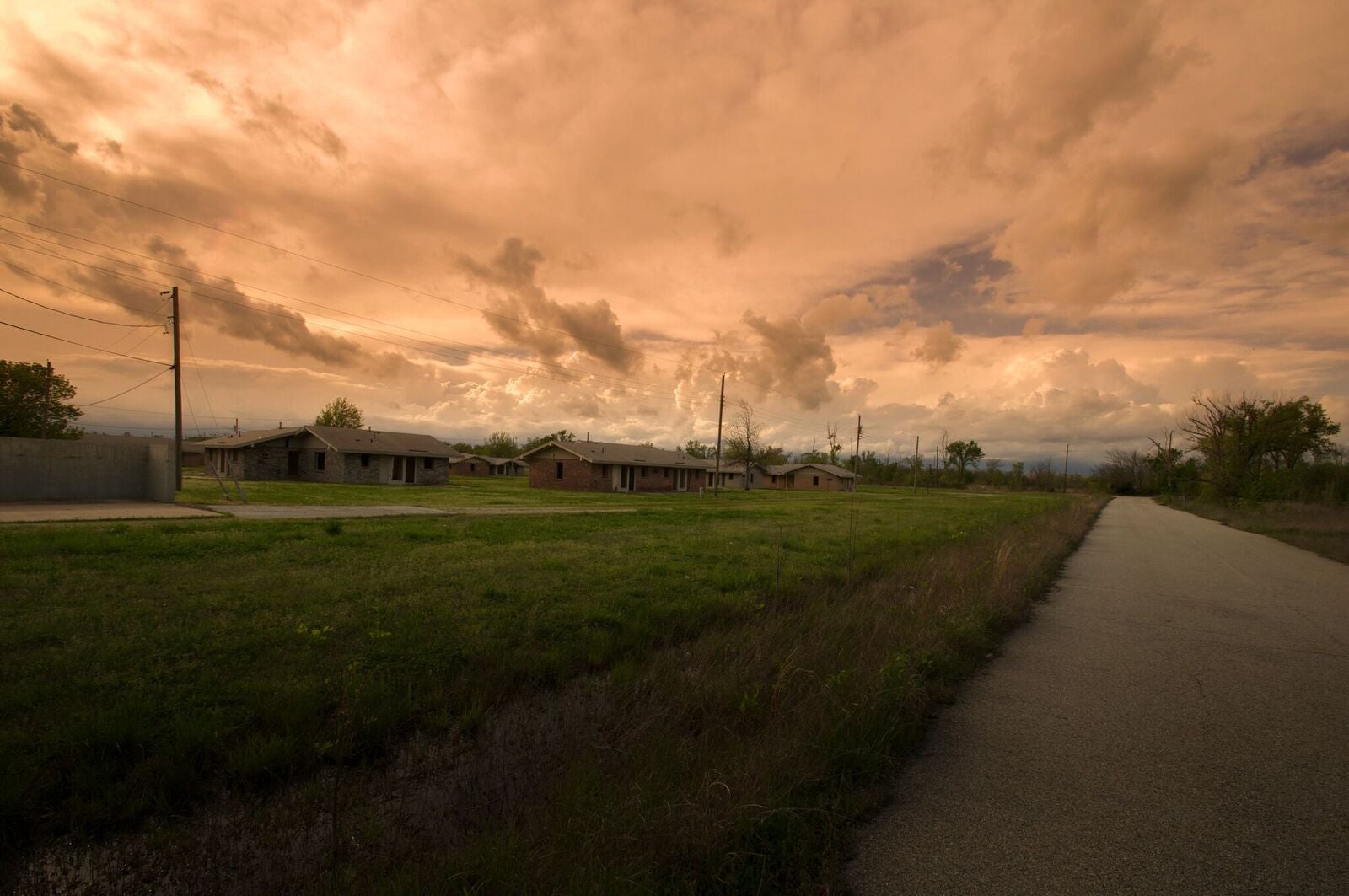 As I walked through it was eerily quite. I didn’t hear anything, not even a bird, everything was dead here. 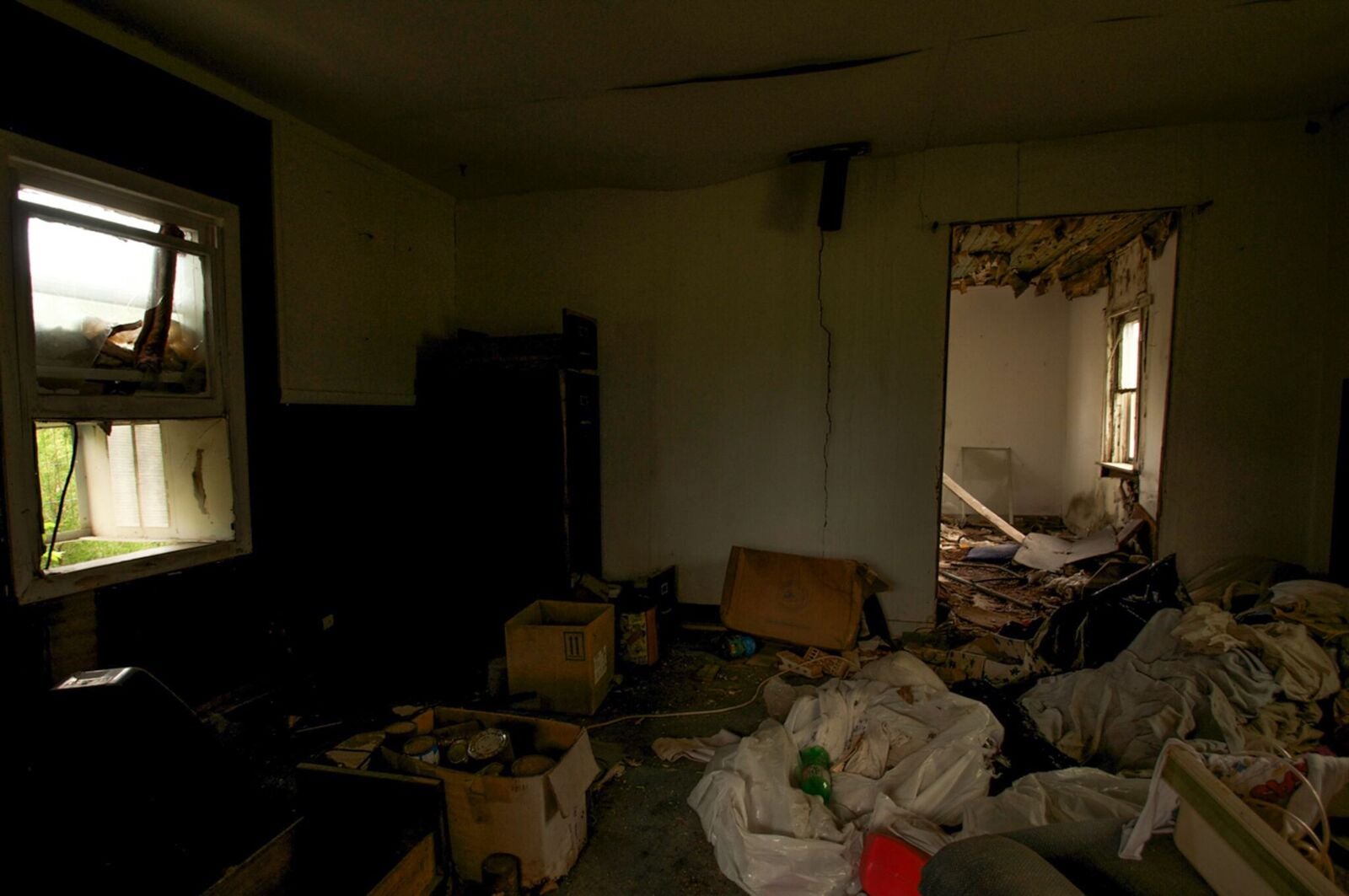 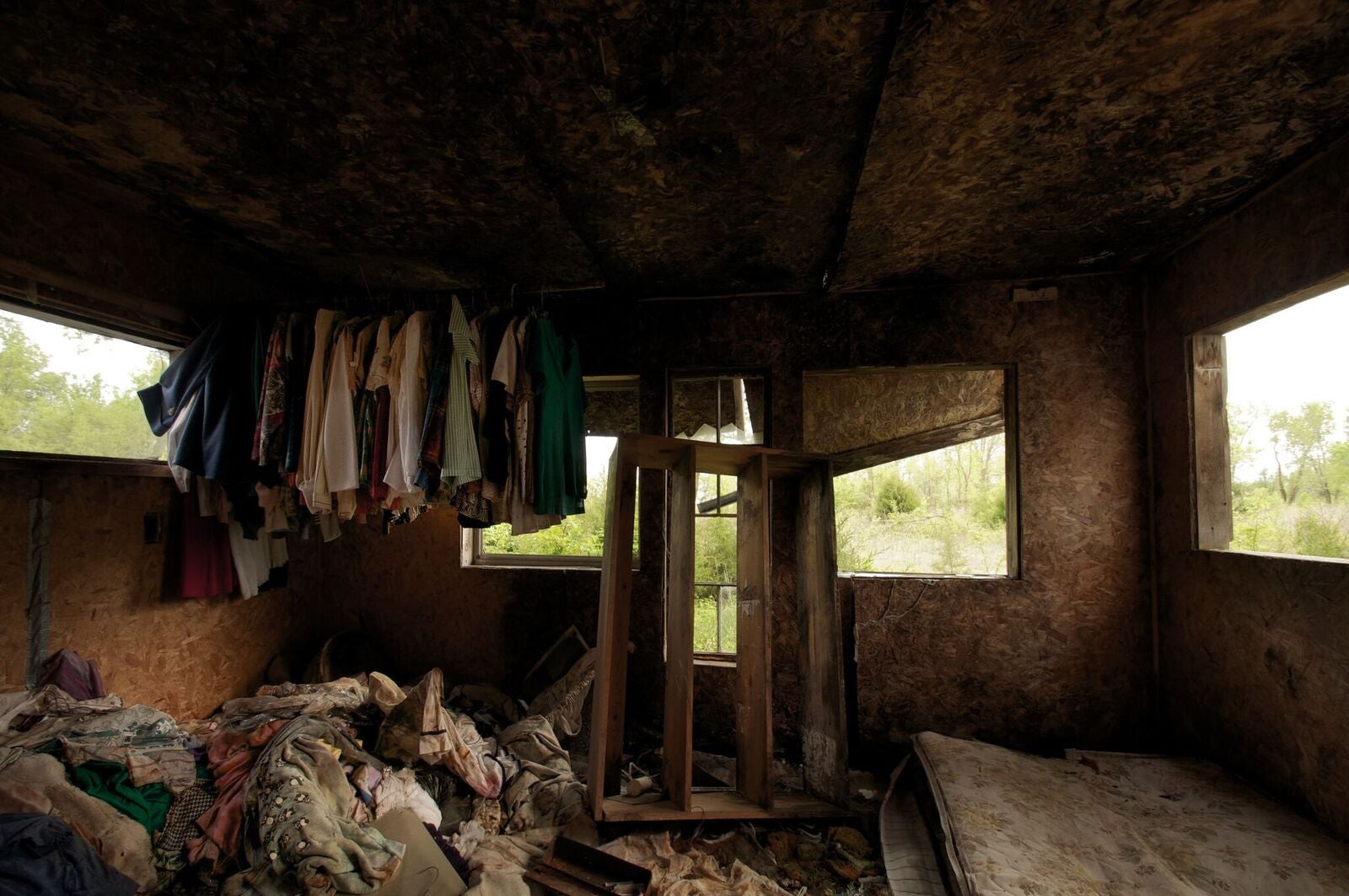 Residents were forced to leave. Some houses have clothes and personal belongings still inside. 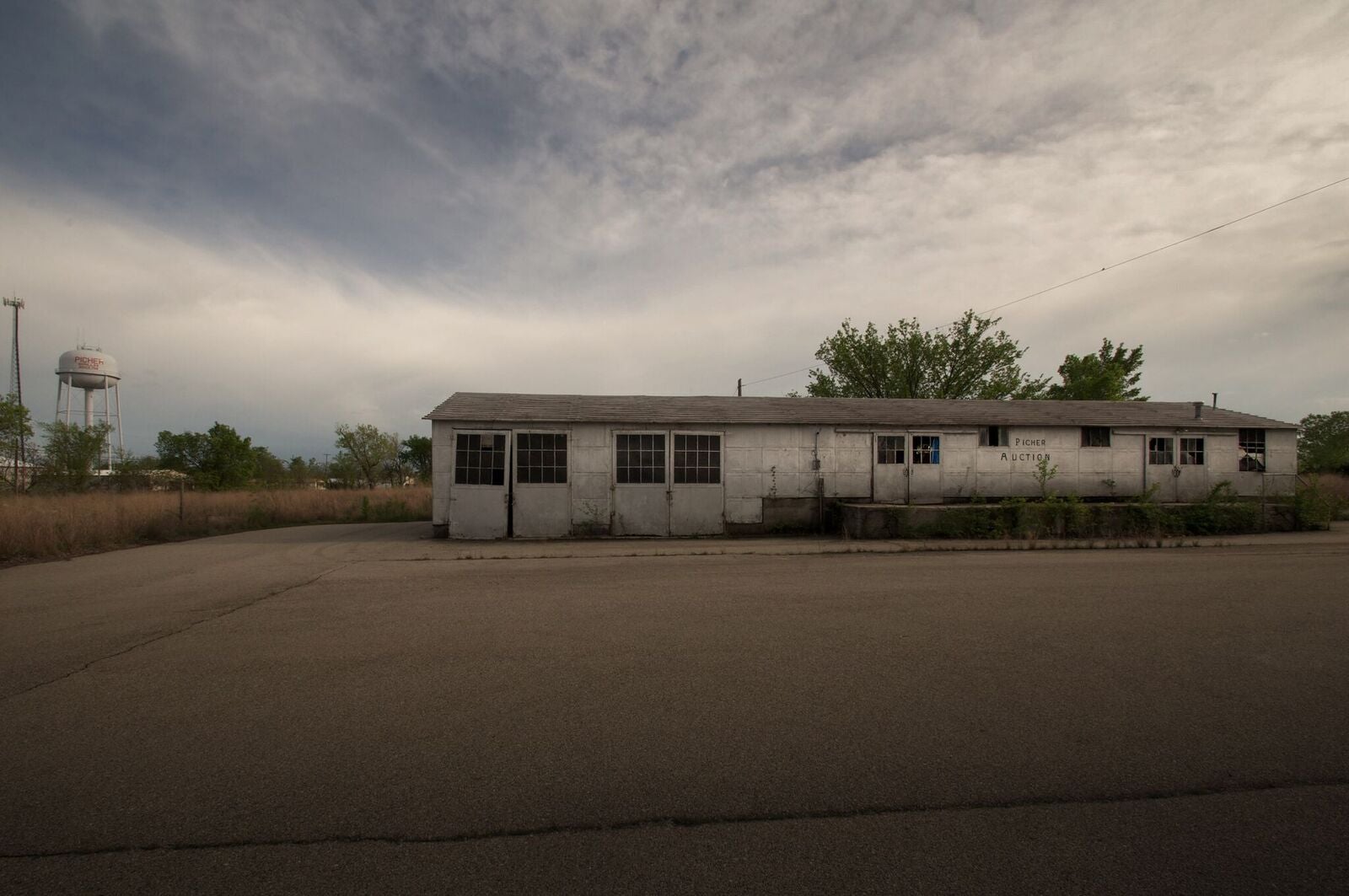 The deadliest city in America.

Images and captions provided by the photographer.

Picher, Oklahoma is known as the most toxic city in the US. All photos by Seph Lawless