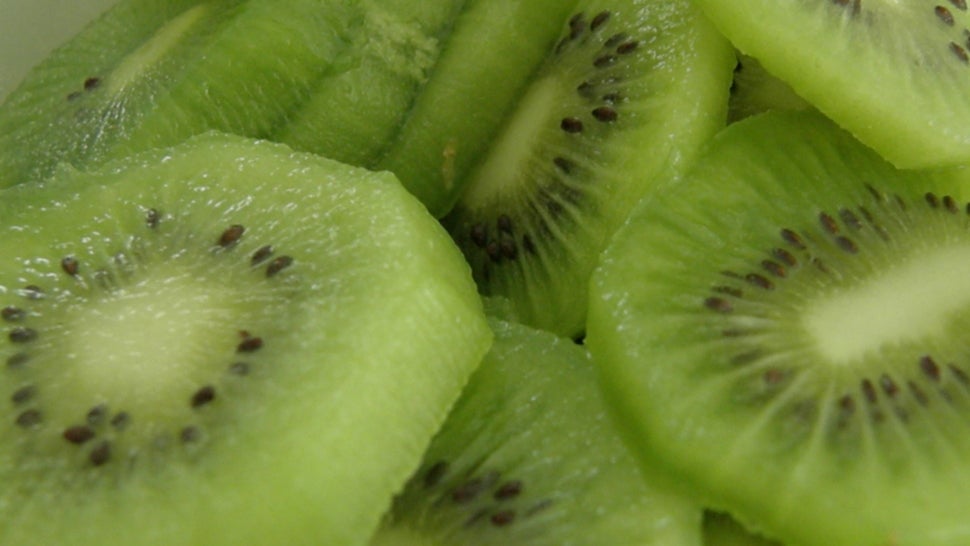 A 46-year-old man who underwent a bone marrow transplant has suddenly contracted an allergy to kiwi fruit. Scientists say it's the first evidence that allergies can be carried to a patient from a donor's stem cells. The unidentified patient, who was undergoing treatment for leukaemia, began to experience the allergic reactions — including tingling and swelling of the tongue, lips and throat — soon after the bone marrow transplant. He wasn't allergic to kiwis before the procedure, so a team of European scientists decided to conduct an investigation. Their ensuing study, which now appears at the European Academy of Dermatology and Venereology, shows that allergies can be transmitted by the donor's cells — and that the effect can be permanent.

In this case, the patient received haematopoietic stem cells (often referred to as "parent cells" because they give rise to other types of blood cells) from his sister, who it just so happens is allergic to kiwis. The purpose of the surgery was to transplant the sister's healthy stem cells into her brother as a way to reboot his blood and immune cells. The surgery worked, but it seems the haematopoietic stem cells brought something along with them, namely an aversion to kiwis.

Which actually makes sense. Allergic reactions happen when the body's immune system senses a potentially dangerous foreign agent, whether it be pollen or food. Even though these substances are harmless, the immune system freaks out and goes into attack mode. This can result in anything from an annoying rash through to a life-threatening anaphylactic shock. In this case, it seems that the anti-kiwi message was brought along with the sister's stem cells, and that this message was subsequently passed down to all the new cells that were produced after the bone marrow transplant. The researchers came to this conclusion after isolating the specific cells in the patient's blood that were reacting to the presence of kiwi fruit.

This isn't the first time that an allergy has been contracted by a surgery. In rare cases, blood transfusions and organ transplants can confer allergies, but only temporarily. Eventually, the active cells are replaced. But in this case, because the parent cells are carrying the anti-kiwi allergy message, it's likely permanent.