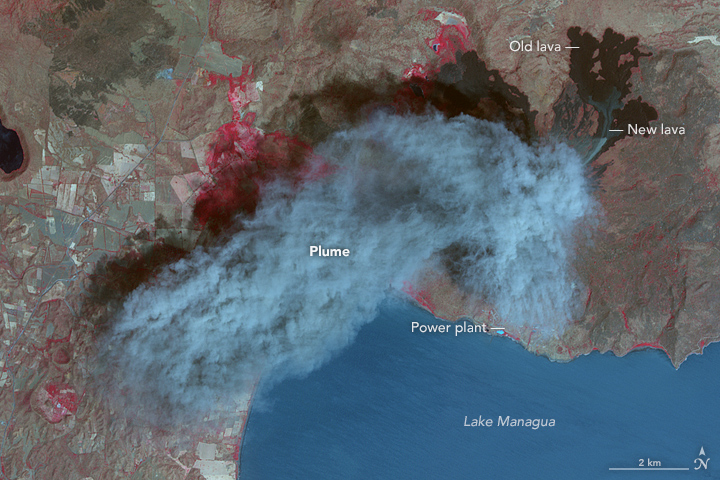 Nicaragua's Momotombo volcano began erupting in last December, for the first time in a hundred years, throwing gas and ash into the air, and it looks spectacular in images taken from orbit. The Advanced Spaceborne Thermal Emission and Reflection Radiometer (ASTER) recently passed overhead and took an incredible picture of the volcano: 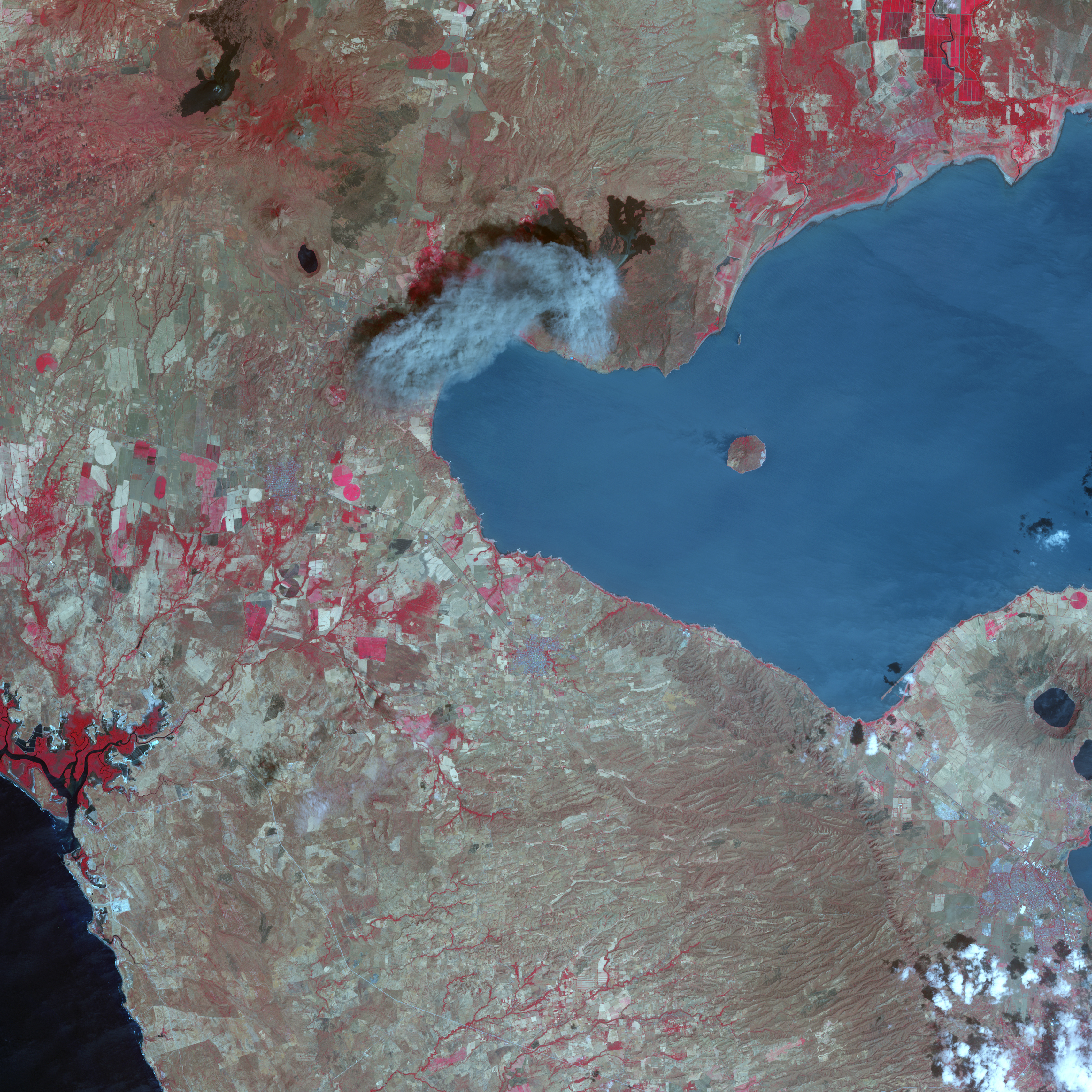 This false-colour image shows off the extent of the plume and new lava flows that have erupted out of the volcano.

The image is false colour — a combination of near-infrared, red, and green light (ASTER bands 3-2-1). Vegetation appears red; the volcanic plume is blue-grey; and lava flows are dark grey and brown.

The volcano is part of a much larger active chain that has erupted frequently in the last century, and due to the active field in the area, a geothermal plant is located near the volcano. 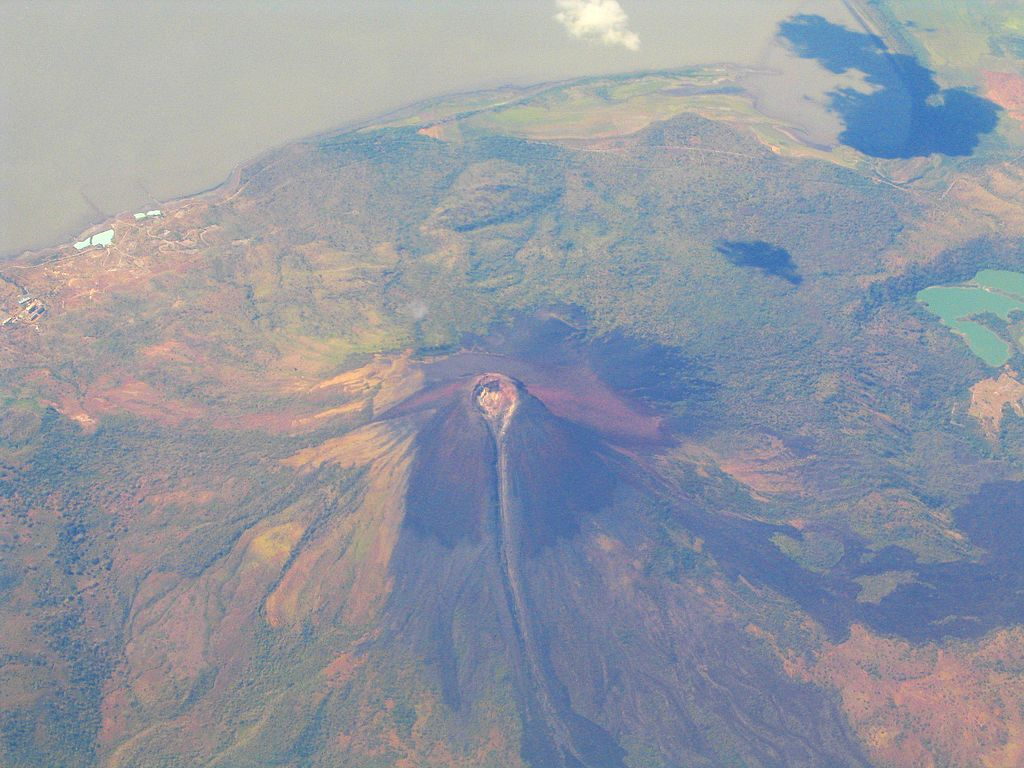 Monotombo is an iconic Stratovolcano in Nicaragua, and is located near León, the country's second-largest city. Notable eruptions in the past have forced evacuations: the city had to be moved 50km away in 1610 following a major eruption, and its remains, León Viejo, is now a World Heritage Site.