Mysterious Disappearance Of The USS Conestoga Finally Solved After 95 Years 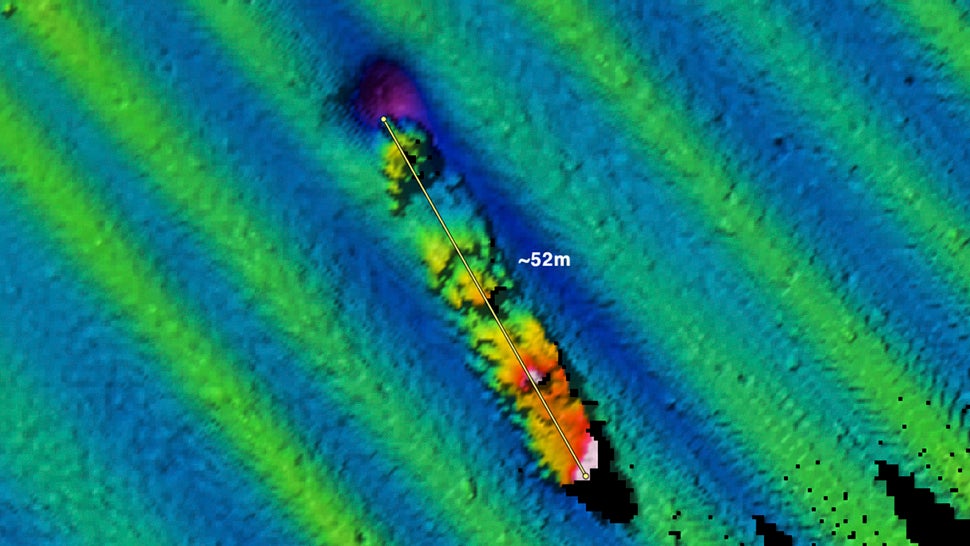 On March 25, 1921, the USS Conestoga departed San Francisco's Golden Gate en route to Hawaii with 56 officers and sailors aboard. It was never heard from again. Now, after 95 years, the ship has been found at the bottom of the Pacific, finally ending this enduring maritime mystery. 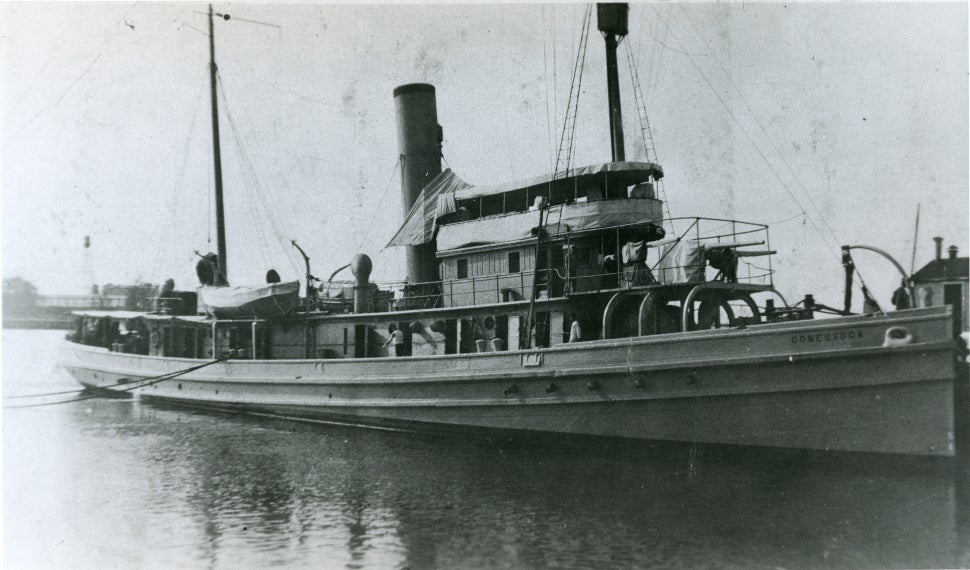 The USS Conestoga shortly before its disappearance. Note the 8cm calibre naval gun. Image U.S. Naval History and Heritage Command NH 71299 The NOAA and the US Navy announced the official discovery of the USS Conestoga (AT-54) yesterday. The First World War-era tugboat disappeared without a trace after setting off for Tutuila, American Samoa, by way of Pearl Harbour, Hawaii. Its discovery shows that the ship never made it very far, sinking in stormy weather just 30 miles (48 km) from its departure point. Until now, now one knew where the wreck was located, or what happened.

"After nearly a century of ambiguity and a profound sense of loss, the Conestoga's disappearance is no longer is a mystery," noted deputy NOAA administrator Manson Brown in an emailed statement. "We hope that this discovery brings the families of its lost crew some measure of closure and we look forward to working with the Navy to protect this historic shipwreck and honour the crew who paid the ultimate price for their service to the country." 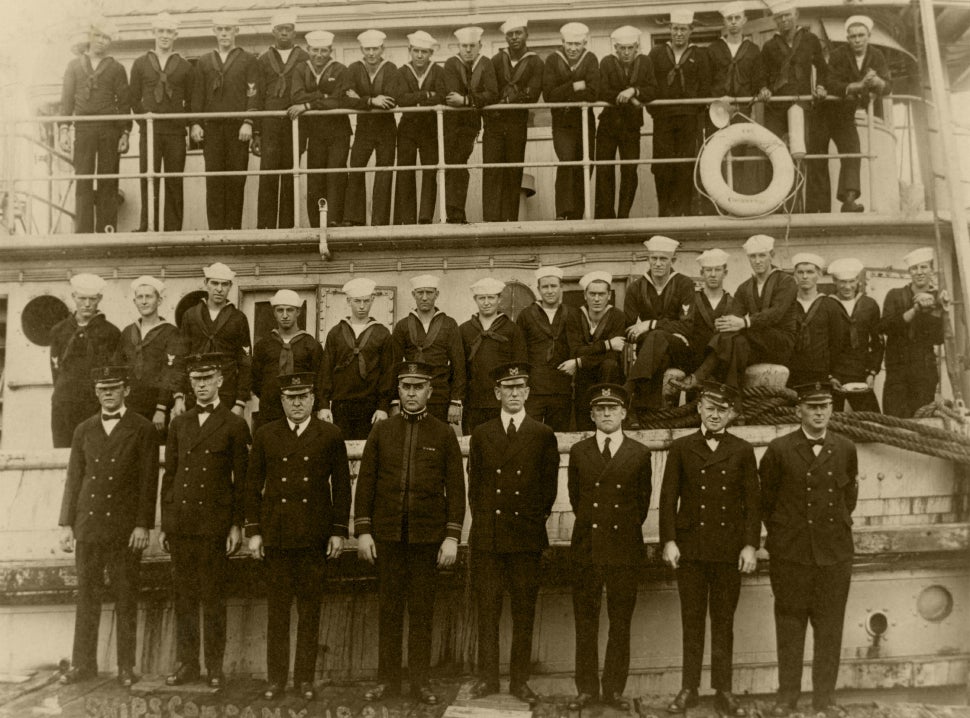 Ship's Company beside and on USS Conestoga, at San Diego, California, circa early 1921. Image: U.S. Naval History and Heritage Command NH 71503 No one realised that the ship was missing until more than a month had passed and it failed to show up at Pearl Harbour on its anticipated arrival date. The US Navy dispatched a massive air and sea search around the Hawaiian islands consisting of 60 ships and dozens of planes covering 300,000 square miles. Several weeks later, on May 17, a battered lifeboat was discovered with the letter "C" on its bow off the coast of Mexico, dramatically shifting the location of the search. The mysterious disappearance of the USS Conestoga gripped the nation for months. Finally, on June 30, 1921, the ship was declared lost, with all 56 crew members presumed dead. It would be the last time a U.S. Navy ship was lost without a trace during peacetime.

Seven year ago, the NOAA Office of Coast Survey discovered a probable, undocumented shipwreck near the Farallon Islands off San Francisco. In September 2014, the NOAA launched a two-year investigation. Last October, with the help of an archaeologist from the Naval History and Heritage Command and several senior Navy officers, the Conestoga's identification and location was confirmed. But more work was required to ascertain the conditions under which the ship sank. 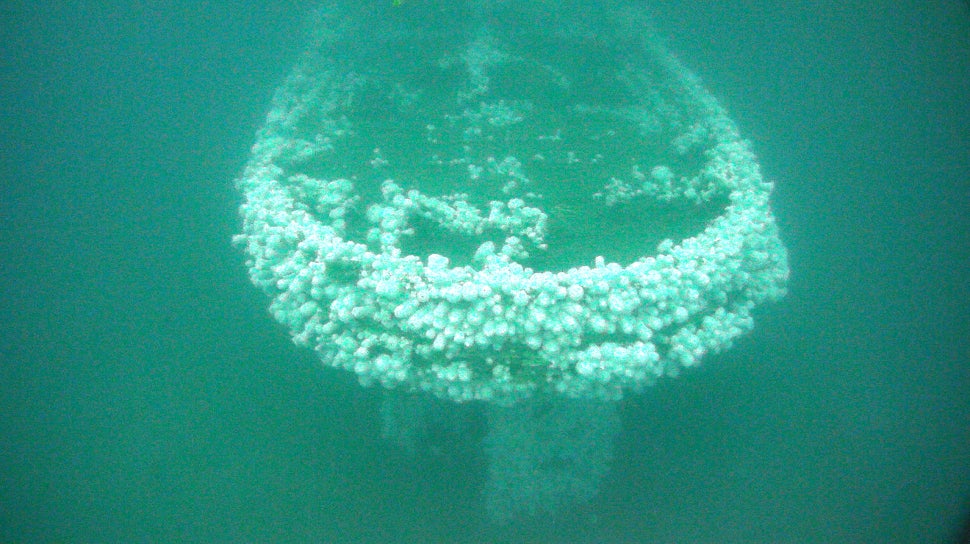 Stern view of the shipwreck USSConestoga colonised with white plumose sea anemones contrasting the water column. Credit: NOAA ONMS/Teledyne SeaBotix The USS Conestoga is currently resting largely intact under 189 feet (57 meters) of water, three miles from Southeast Farallon Island. Based on its location and orientation, experts believe it sank as officers and crew desperately tried to reach a protected cove on the island. According to weather logs around the time of the ship's departure, wind in the Golden Gate area had increased from 23 mph (37 km/h) to 40 mph (64 km/h), and the seas were choppy with high waves.

"This would have been a desperate act, as the approach is difficult and the area was the setting for five shipwrecks between 1858 and 1907," notes the NOAA's report. "However, as Conestoga was in trouble and filling with water, it seemingly was the only choice to make." 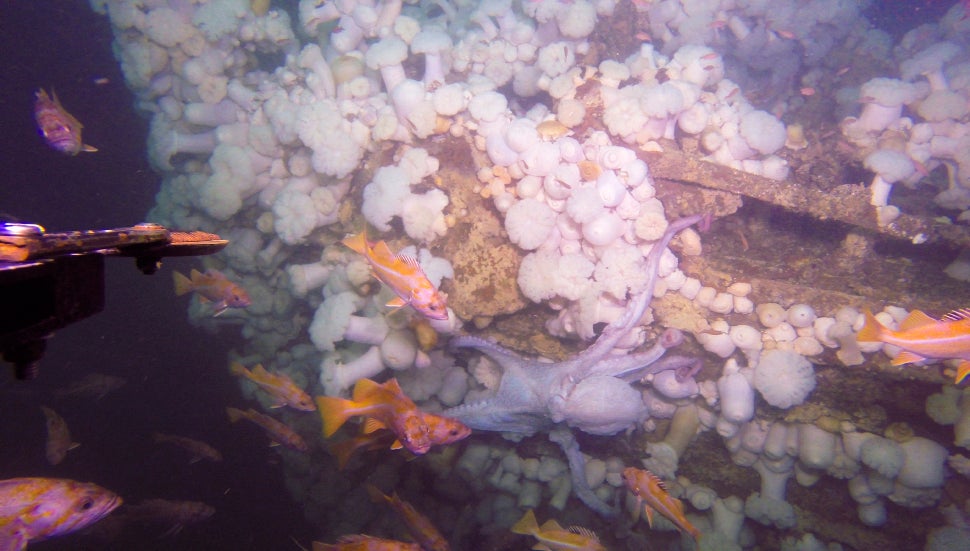 Port bow of the wreck, showing the rub rail mounts, a hawse hole, marine growth, and a giant Pacific octopus.Credit: NOAA ONMS Cameras mounted on remotely operated vehicles show the wreck lying on the seabed. The tug's wooden deck and upper features have collapsed into the hull owing to corrosion and age. White plume anemones now drape the hull's exterior, while wolf eels, ling cod, and rockfish frequent the wreck. 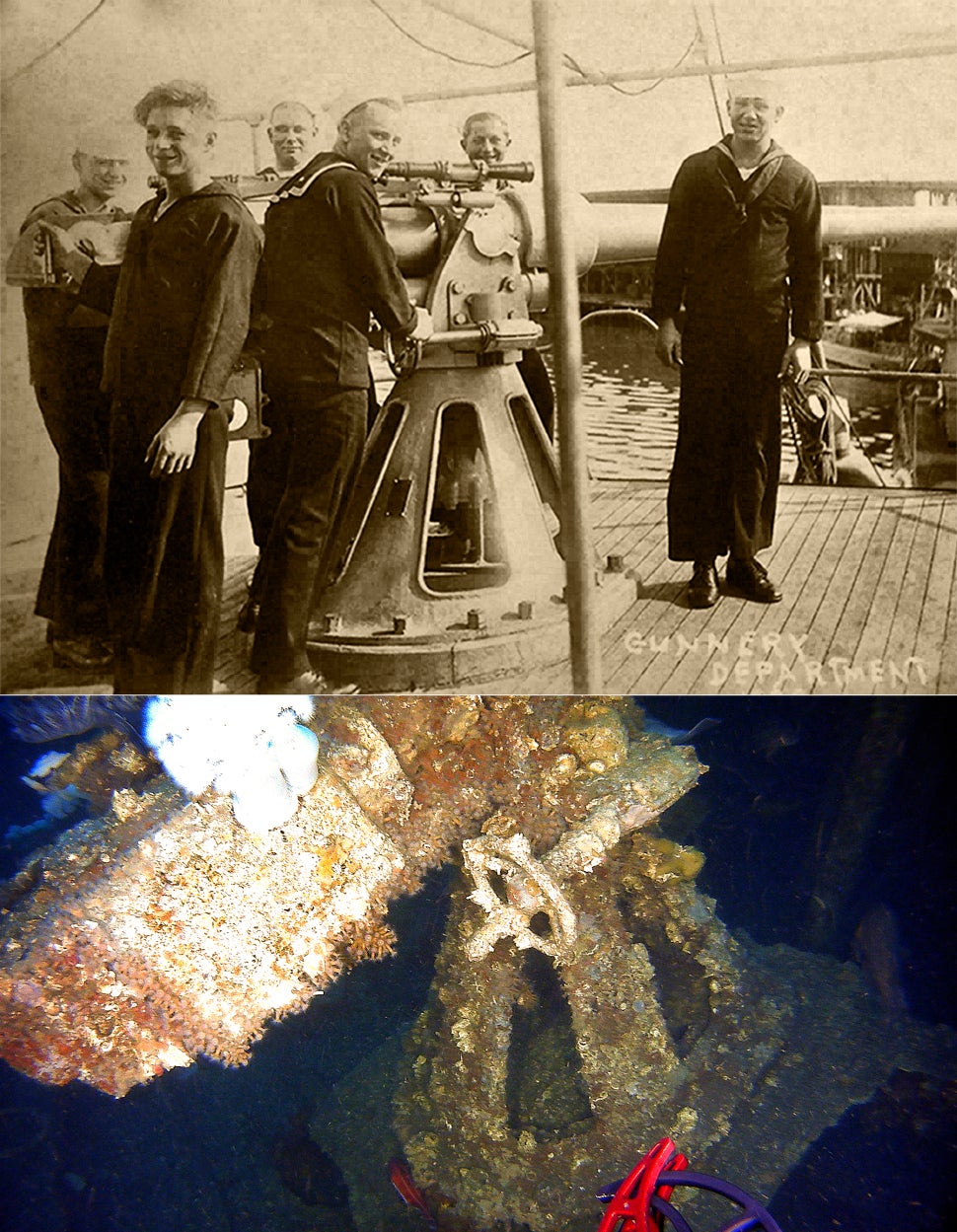 Top: USS Conestoga gunnery department posing with the tugboat's main battery, a 8cm 50 calibre naval gun. Bottom: The current position of the gun inside the shipwreck near the forecastle after the gun's support platform had fallen from its original position. Image: Historic photograph, U.S. Naval History and Heritage Command NH 71510. Underwater photograph, NOAA ONMS/Teledyne SeaBotix. Video evidence displayed features consistent with the Conestoga, including the number of portholes, the size of the 51.82m long ship ship, and the presence of mooring bits, two porcelain marine heads, and a single, 8cm, 50-calibre gun mounted on the main deck, among many other clues. 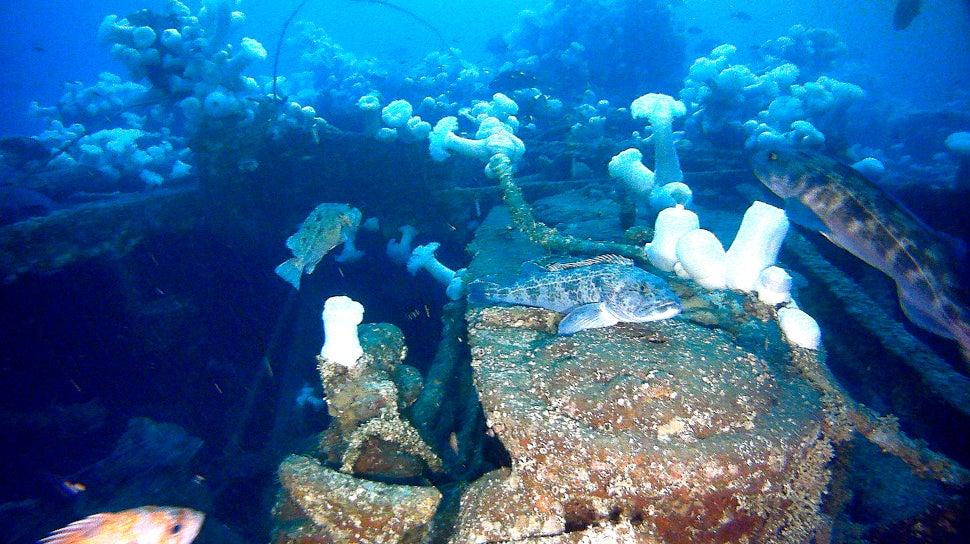 The 1000 horse power triple-expansion steam engine inside the hull of the shipwreck USS Conestoga. Credit: NOAA ONMS/Teledyne SeaBotix The NOAA did not disturb the wreck, nor does it plan to. Under the Sunken Military Craft Act of 2004, no one is allowed to perturb sunken military vessels or planes owned by the US government, or foreign sunken military vessels that lie within US waters.

The USS Conestoga was originally built to tug coal barges for the railroad, but the US Navy bought the ship in 1917 for service in World War One. During the conflict, the tugboat operated off the Atlantic coast and the Azores, performing convoy and other duties. After the war, it was sent to Norfolk, Virginia, for harbour service, after which time it made its way to the Pacific performing similar duties.