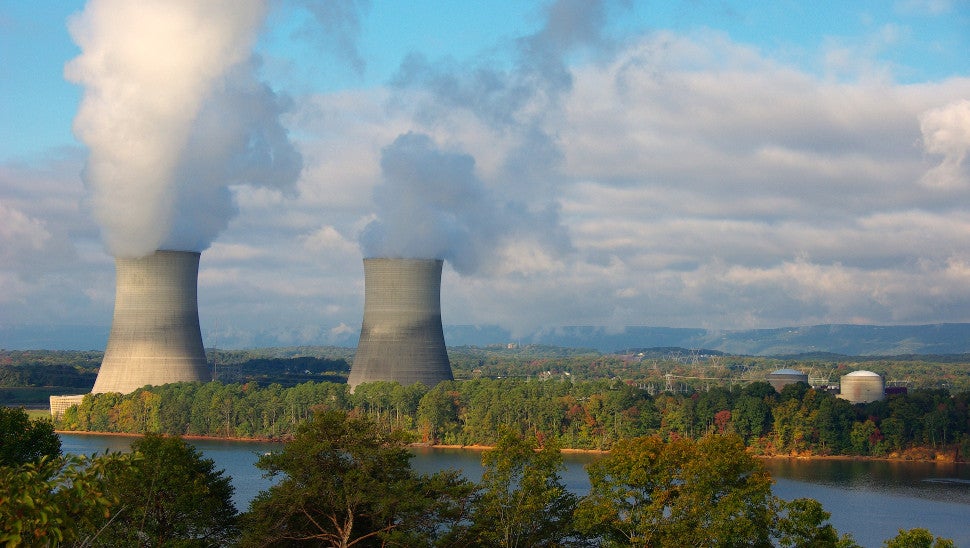 For the first time ever, a majority of Americans say they're opposed to nuclear energy. Revealingly, the declining attitudes towards nuclear has less to do with the perceived risks, and more to do with falling gas prices.

According to a new Gallup poll, 54 per cent of Americans now oppose nuclear energy. This is up a startling 11 percentage points from just last year when 43 per cent said they were opposed. The poll, taken from March 2 to 6, shows that only 44 per cent of Americans are now in favour. It's the first time that a majority in the US has expressed opposition to nuclear energy since Gallup first started asking the question in 1994. 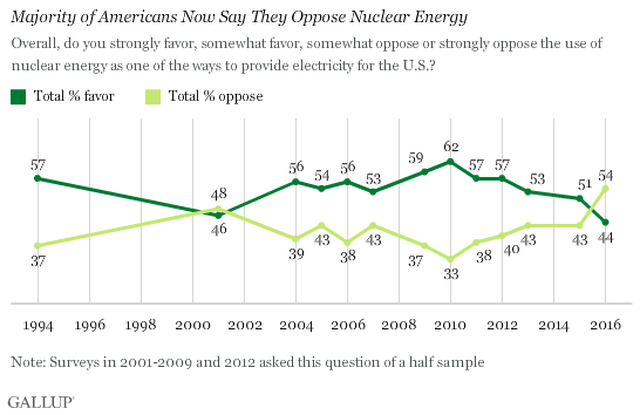 In 2010, 62 per cent of Americans favoured nuclear energy. In just six years, that figure has dropped to 44 per cent. Image: Gallup It's a shame that Gallup wasn't asking the question back in the 70s during the energy crisis, or in the immediate wake of the Three Mile Island nuclear accident in 1979. But recent events offer some interesting fodder. In a poll done in 2011 — just weeks before the Fukushima nuclear plant disaster in Japan — around 57 per cent of Americans said they supported nuclear energy. In a poll done the following year, this figure hadn't budged an inch. As Gallup's Rebecca Riffkin explained, "This suggests that energy prices and the perceived abundance of energy sources are the most relevant factors in attitudes toward nuclear power, rather than safety concerns prompted by nuclear incidents." 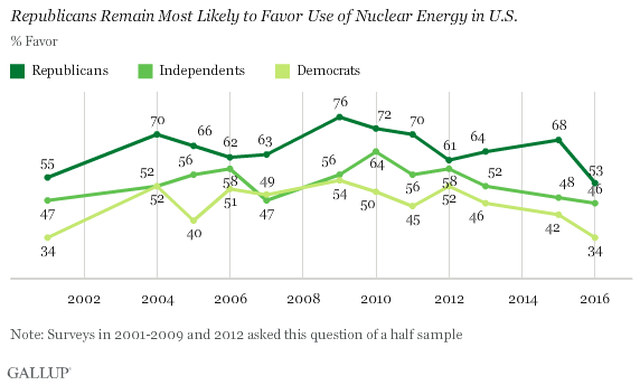 Both Republicans and Democrats display declining interest in nuclear, though Republicans are still more likely to favour nuclear than Democrats. The new poll shows that 46 per cent of Republicans favour nuclear (that figure was at 76 per cent in 2009), compared to 34 per cent of Democrats. Image: Gallup Indeed, lower prices at the pump are influencing the public's perception of nuclear power as a viable source of electricity. Owing to a sharp decline in oil and natural gas prices, along with a glut of oil around the world, Americans seem to have lost some of their enthusiasm for nuclear. At the same time, viable energy alternatives (such as wind and solar) are steadily emerging.

Proponents, on the other hand, point to the fact that nuclear doesn't rely on fossil fuels, and it's not influenced by fluctuating oil and gas costs. It's also clean (unless there's an accident, of course, in which case it's very unclean); nuclear plants release insignificant amounts of CO2. And despite the immediate upfront costs to build a plant (the price tag of a nuclear plant can run into the billions), they require minimal maintenance once they're up and running.

Gallup's poll results aren't entirely surprising. Nuclear appears to be on its way out in several countries, including Japan and Germany. The future of nuclear in the United States suddenly seems very uncertain.