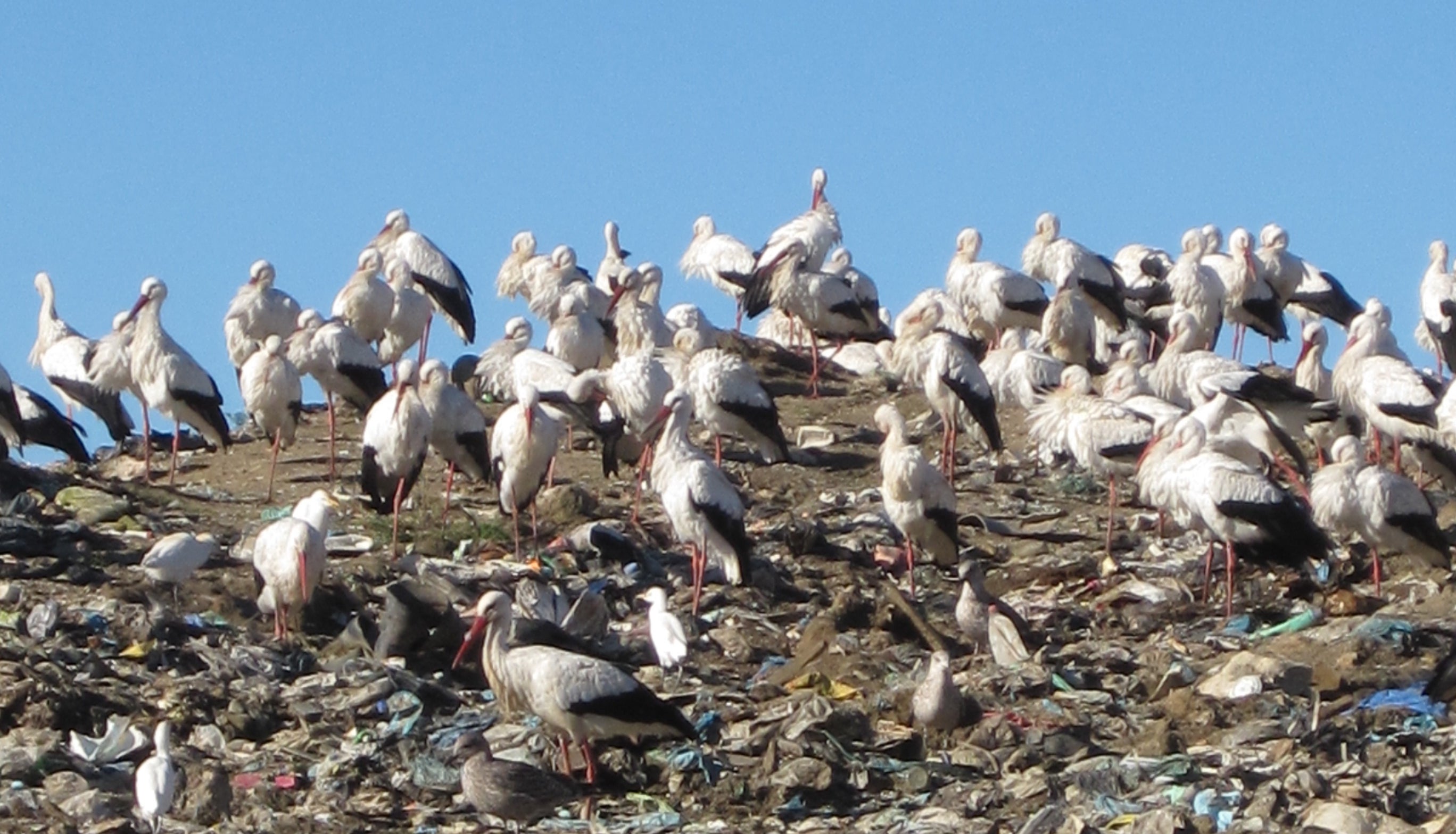 Storks used to be majestic creatures, but now, they are trash birds. That is the conclusion of ornithologists at the University of East Anglia, who have confirmed that white storks are abandoning their normal migratory pattern in droves, instead choosing to nest at landfills and eat our garbage year round. Since the mid 1980s, a growing number of white storks have given up their annual migration from Europe to Africa for the winter. Instead, they're hunkering down in Spain and Portugal all year, where large landfills offer a virtually unlimited supply of food. They are eating our garbage and feeding it to their young and never leaving because why on Earth would they.

"Portugal's stork population has grown 10 fold over the last 20 years," Aldina Franco, an ecologist and lead author of the storks-are-trash-birds study said in a statement. "The country is now home to around 14,000 wintering birds, and numbers continue to grow."

In the study, Franco and her colleagues tracked 48 birds using GPS devices. They found that European storks are not only nesting at landfills in large numbers, many spend the winter "defending these highly desirable nest locations". Even storks that don't live at landfills will go out of their way to eat trash, making round trips of up to 100km to get their fix.

The news comes on the heels of a study published in Science Advances earlier this year, which tracked storks from eight different colonies across Europe and Asia. Many of the storks in that study also cut their winter migration short to camp out on a landfill. It would seem we have two independent lines of evidence that storks are definitely trash birds.

Storks are by no means the first animals to have discovered the advantages of human waste. They join the ranks of many an illustrious urban scavenger, including raccoons, rats, crows and possums. Last year, we learned that ants on New York City streets are developing a particular appetite for doughnuts and kebabs. Urban landscapes are breeding a brave new world of opportunists.

Still, there is something extra disturbing about storks, a famous folkloric symbol for pregnancy and birth, going the way of the garbage, too. What will we tell the children now? That babies comes from trash heaps? That their parents — heavens forbid — had sex? That storks are intelligent creatures who follow their survival instincts by exploiting the most readily available resources, and soon, the rest of us will join them?

We'll have to wait and see. "These are exciting times to study animal migration," Franco noted.