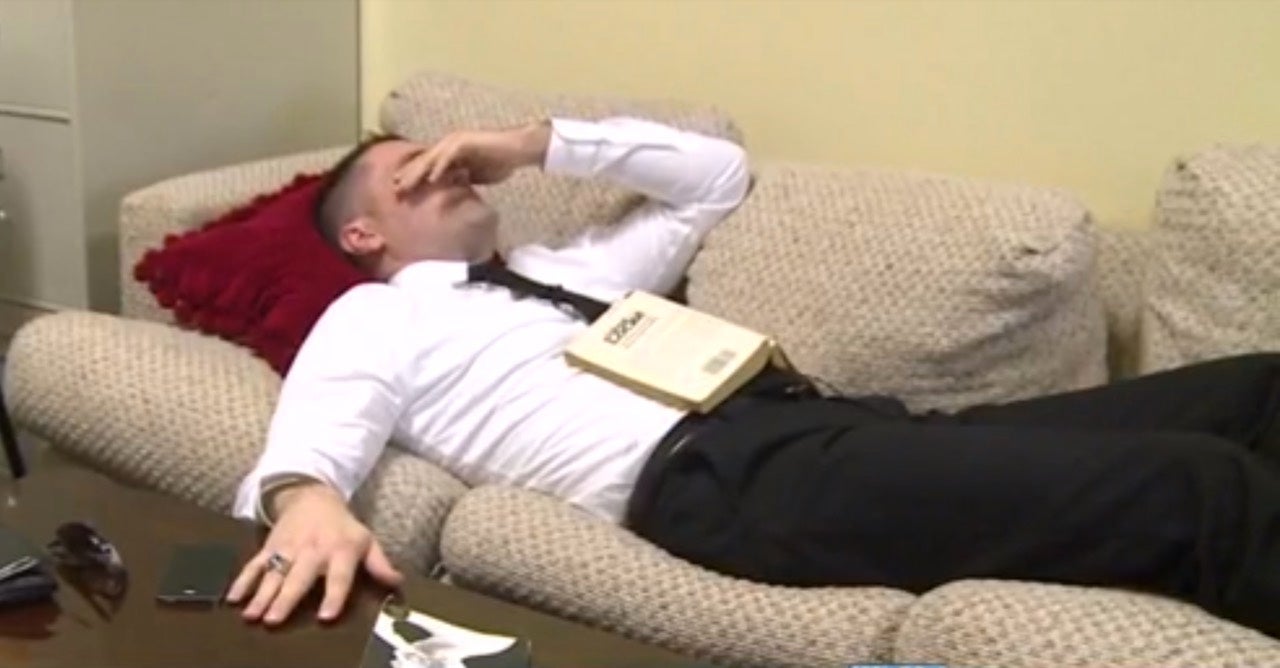 Lawmakers in West Virginia are excited about new legislation that lifted a ban on raw milk. They're so excited that they recently celebrated by drinking some raw milk. Now, many of those lawmakers are sick. Representative Pat McGeehan (seen in agony in the photo above) says that he doesn't think he or his colleagues' illnesses are from the raw milk.

"I'm not feeling that great," McGeehan told local news station WSAZ. "I think it's probably just some sort of bad stomach virus." But McGeenhan admits that it's not just him who's sick: "There's definitely some other colleagues that have similar symptoms that I've been experiencing."

McGeenhan says he drank just a small amount of the celebratory milk given to him by Scott Cadle, a sponsor of the raw milk bill. He still insists that the timing of his illness is "coincidental".

Raw milk hasn't gone through a process of pasteurisation that kills potentially harmful bacteria. Drinking raw milk can lead to illness and, historically, has even killed people. For instance, in 1911, 48 people died and roughly 2000 people got severely sick in Boston after drinking raw milk.

"There definitely shouldn't be a law against allowing people to do what they want within the framework of the rule of law," McGeehan said. "Just be careful."

As I've joked before, I personally think that raw milk should be legal, but perhaps every bottle should contain a picture of Louis Pasteur and the caption "Really, guys?"