Intel Could Be Bringing Always-On Voice Assistants To Laptops 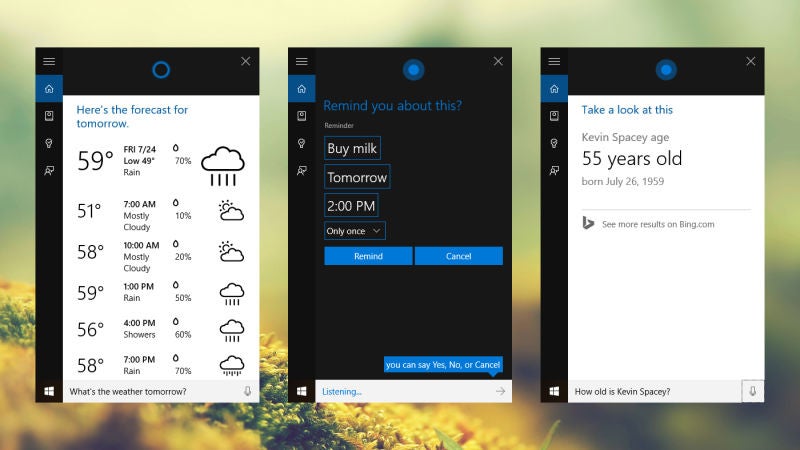 Always-on digital assistants like "Hey Siri" and "OK Google" add an important layer of simplicity, but thus far they have not made it to laptops, mostly due to battery reasons. A new Intel partnership with Sensory is hoping to solve that. The problem with always-on voice recognition is that it requires the device to always be listening. That's at odds with the sleep functions that are so important to preserving battery life on modern laptops, so thus far, always-on assistants have for the most part stayed on smartphones.

Intel is aiming to change that, thanks to a partnership with Sensory that could see customised low-power voice recognition chips coming to any Intel-powered laptop. Intel will be adding Sensory's TrueHandsfree capability to Skylake, Anniedale, Broxton, Broadwell and Merrifield system-on-chips, if computer manufacturers so desire.

It's the same solution Apple has used — the "Hey Siri" feature is only enabled on battery power on newer iPhones, because it uses the new M9 coprocessor to activate voice recognition without drawing too much power. Sensory is promising the same kind of capability for any laptop or tablet manufacturer going forwards.

Ultimately, that may mean always-on voice recognition coming to Intel-powered Windows devices, and Apple sneaking in Siri support to its Intel-powered Macbooks. Now, whether you want your creepy digital assistant listening to everything you do, just waiting to butt in, is a completely different matter.