Infrastructure Is Literally Causing The Ground To Sink 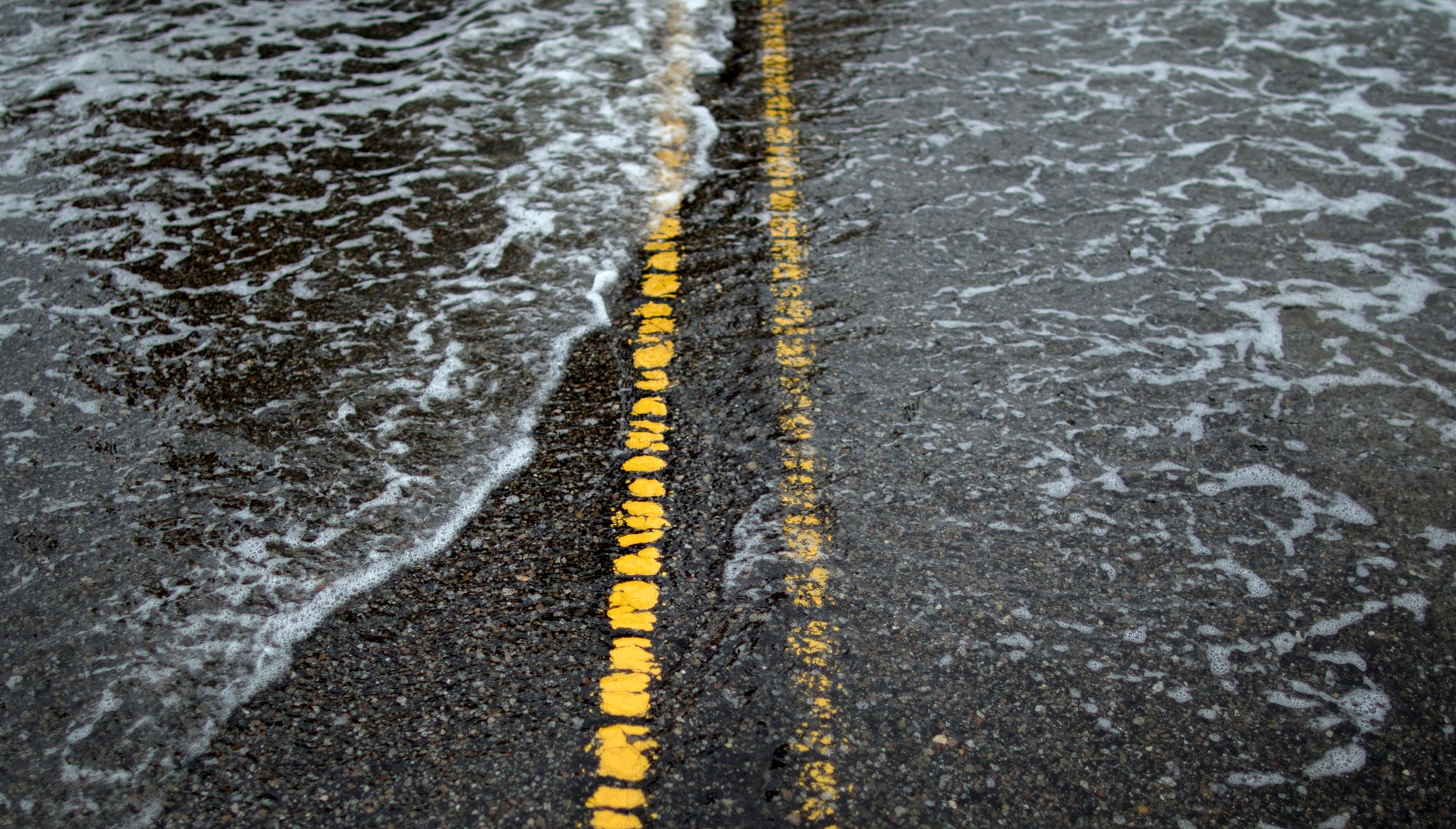 Rivers have long been a centre of human activity, but as the global population booms, our impact on these systems is becoming too much to bear. In fact, two-thirds of the 33 largest river deltas on Earth are sinking — some of them at a staggering rate. "These deltas are starved of the sediments they need for stability because of upstream dams that trap the material," said geomorphologist James Syvitski of the University of Colorado Boulder, who presented his latest findings at the 2016 Ocean Sciences Conference in New Orleans last week. "Deltas are sinking at a much greater rate than sea levels are rising."

Deltas, vast piles of sediment that build up at the mouths of rivers over thousands to millions of years, support some half a billion people directly. And many more people depend on these landscapes for agriculture. But as Syvitsky's radar mapping analyses reveal, some of the most important deltas in the world are falling into the ocean because of shortsighted decisions.

What sorts of rates are we talking? There's a ton of variability, which is part of what Syvitski's research is trying to get a handle on. But in general, deltas are sinking fast. Along parts of the 5,464km Yellow River in China, the ground can fall 90cm in four years.

"That's an incredible rate," Syvitski told Gizmodo, adding that his research has pinned the Yellow River's recession on fish farms. "Fish farms produce lots of toxic byproducts, and so the farmers have to pump out an enormous volume of water, which is creating a sinking zone," he explained. 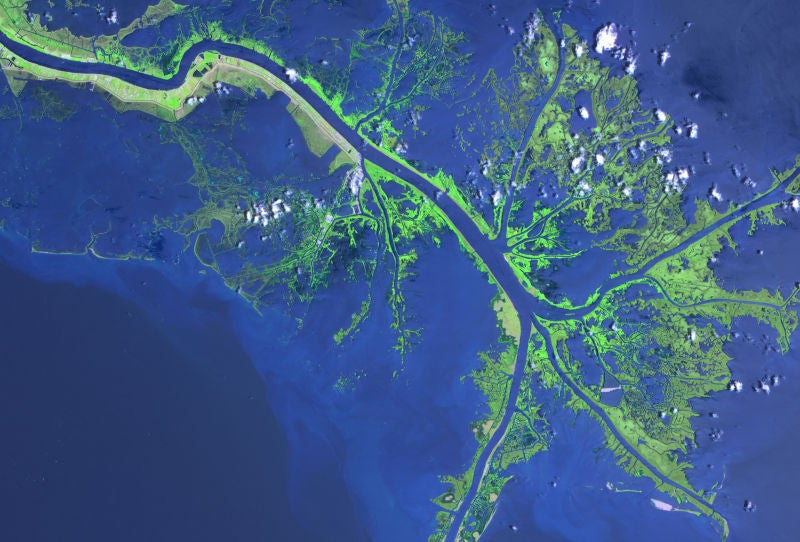 The tattered mouth of the Mississippi River, via NASA Earth Observatory

In other places, deliberate alterations to the river itself are to blame. A football field-sized chunk of delta at the mouth of the Mississippi falls into the ocean every hour, due to some 40,000 sediment-trapping dams and levees along the river. (Interestingly enough, a small patch of new land is also emerging.) This is bad news for cities like New Orleans, which rely on wetlands to buffer them against coastal storm surge.

But for Syvitski, there's a bright side to watching the Earth sink because of human folly. "We know that if we're doing something harmful and we stop it," he said, "we can stop the trends that we're observing."

For instance, Louisiana is now weighing options for restoring the upper parts of the Mississippi delta by busting down river levees erected long ago by the US Army Corps of Engineers. As I wrote last summer, once those levees go, fresh sediment and water will flood into surrounding wetlands, beginning the restoration process.

In response to the rapid ground subsidence measured by Syvitski and others, major dams along the Yellow River are now starting to flush sediments downstream. "Interestingly, the loss of land has stopped in those areas," Syvitski said, "so it's been a positive experience."

The problem of sinking deltas is complicated, and there aren't any blanket solutions. But with the data Syvitski and others are releasing, local authorities are making smarter decisions that will safeguard the land for the future.

It's a welcome reminder that human impact on the planet — while sometimes shocking — doesn't have to be permanent.