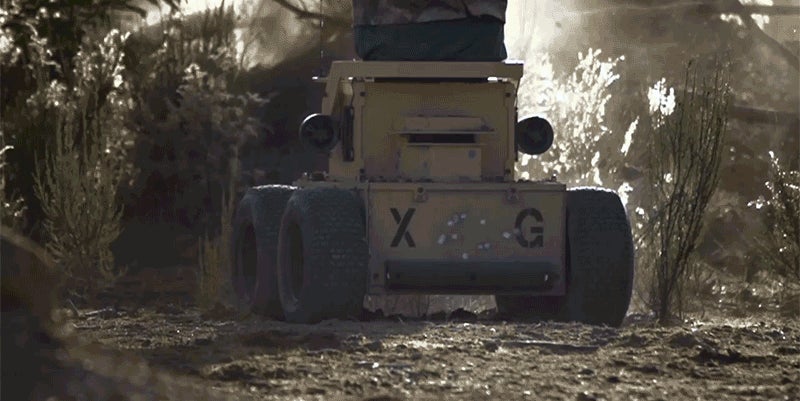 Their new gigs might not pay any better, but the robots powering Domino's pizza delivery bots must be happy about their recent promotions. Because in a past life, they served as moving practice targets for military smart-shooters using live ammunition.

To help make deliveries, the robots, developed by a company called Marathon Targets, have been upgraded with onboard coolers and insulated compartments to keep drinks cool and pizzas hot. But previously they were decked out with bullet-proof armour, life-like soldier mannequins and artificial intelligence to allow them to roam a mock battlefield as an organised battalion.

There's no word on whether or not the robots' new Domino's-approved uniforms are also bullet-proof, but it might not be a bad idea since customers still expect to get a free pizza if it's not delivered in 30 minutes, even though no restaurant offers that any more.