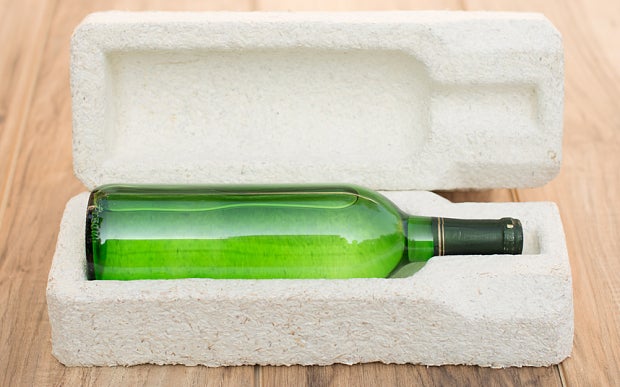 To stop all those $30 side tables from getting banged up, IKEA has to use a lot of polystyrene packaging every year. Unfortunately, polystyrene isn't biodegradable, and people are bad at recycling, leaving IKEA looking for a better material to stick between sheets of ply. The new packaging is made from mycelium, better thought of as mushroom roots. It's a well-known organic building material, and now IKEA is planning on phasing it in as its packing material of choice.

The mycelium grows quickly into a dense material, and it can be grown in a mould to easily produce different shapes of packaging for different items. Once it's reached the desired density and shape, it's dehydrated, which stops the growth.

Once it's served its useful life as a packaging material, mycelium can be left out in a yard, where it will degrade over the course of a month. It's easier than recycling for individuals, and much cheaper on a grand scale than recycling.

IKEA isn't the first company to incorporate mycelium packaging — Dell's been using it for servers for a few years — but given the amount of flat-pack furniture I buy alone, this move should help put a dent in polystyrene consumption, and lead the way for more eco-friendly packaging.