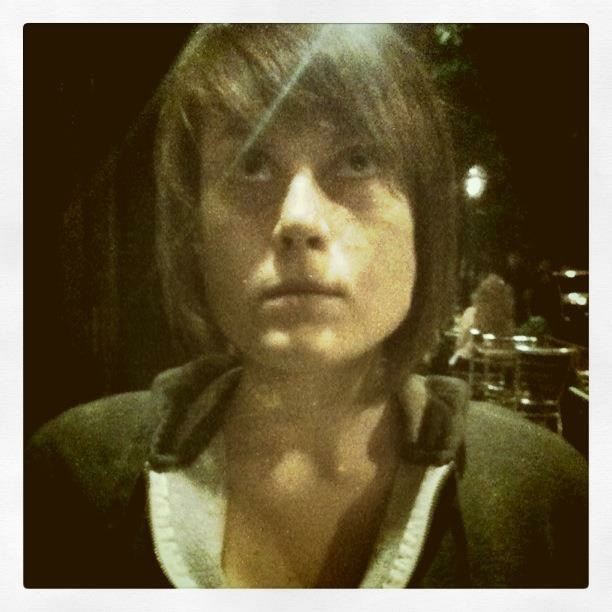 Yesterday, Gizmodo and a multitude of other outlets reported on an impending change to Instagram’s chronological photo and video postings. “Watch Out, People Are About to Get Unreasonably Upset About The Order of Their Instagram Feeds”, reads a headline from Gizmodo’s very own Sophie Kleeman, a writer I personally hired who then proceeded to pierce a hole into the black, FOMO-filled core of my heart with this news blog. I am people. And I am unreasonably upset about the impending changes to the order of my Instagram feed.

To back up for a hot second: Instagram, like so many other online networks, has decided to shift away from a chronological timeline — from most recent to least — in favour of an algorithmically determined churn of posts that will allegedly most appeal to a given user’s preferences and sensibilities. Facebook (which owns Instagram) made this switch in 2009, and Twitter offers an opt-outable “While You Were Away” algorithmic timeline as well. The rationale of the switch for Instagram, according to the New York Times, is to ensure that users don’t miss photos and videos they’d most like to see, from users they interact with most often.

“You may be surprised to learn that people miss on average 70 per cent of their feeds,” reads an Instagram blog post announcing the change. “This means you often don’t see the posts you might care about most.”

You want to know why? Chronology. Chronology and a serious case of obsessive narcissistic voyeur’s disorder (ONVD; I made this disease up), coupled with profound insecurity and a desperate fear of missing anything within a contained digital environment that I have designed with the careful selection of 319 accounts I choose to compulsively track. Oh, did I mention that I like control and fear its opposite? If I don’t control some element of my life — some small element, no matter how trite or frivolous, some element like Instagram — everything falls apart. This only all sounds horrible if you aren’t used to it.

After a period of three to four hours, by which point I am usually at work, I pull up my phone and scroll through the morning’s worth of Instagram posts. Usually these are photos of SoulCycle teachers I follow and people posting fitness selfies and acai-oat bowls and other obnoxious healthy shit. I scroll through those photos and videos until I reach the point at which I had stopped earlier. I repeat this behaviour two to three times during the day, always making sure that I scroll far back enough through the chronological feed that I reach my previous stopping point.

At night, the behaviour increases in both frequency and intensity. I am at all times caught up on my chronology during the time period of 7pm to 10pm. I also spend a fair bit of time, usually after two glasses of wine, scrolling through Instagram recommendations and exploring the digital relationships of various users I already follow. Then I go to bed. PS — If you were wondering, yes I am happily married with two cats and not at all lonely.

I never miss an Instagram post. Ever. If I get busy and go eight hours without checking the feed, I will spent twenty minutes frantically catching myself back up on the inane goings on — Artistically posed running shoes! A bowl of granola! A dog! A dog! A baby! Some burrata! — before moving on with my day. If I go on holiday for a week, same deal, but much larger time commitment. Instagram, probably because of its visual nature and the ability to follow pretty much anyone, even people you don’t know who’d never friend you on Facebook so don’t even try, and peek into their life at any given moment to see what’s up and is it better than your own, is my obsessive control addict’s crutch of choice. It’s only pathetic if you don’t own it. And bitch, I am owning it.

Chronology facilitates that need for control in a way that an algorithm never will. It offers a clean, easy-to-follow order, a starting point and an obvious ending point, for every given Instagram binge, of which I have many. It gives me the control, whereas the algorithm means giving that control up. I like control. I want control. I like to see everything. Missing things is the same as losing and I don’t like to lose. And I like to stalk. All the time. God I love to stalk. By forcing a new feed on its users (and, yes, Instagram will eventually make this algorithmic system the non-opt-outable law) Instagram is grabbing that control from its warm-blooded users and thrusting it into the hands of a cold, dead algorithm. Which is probably fine, for average users who miss “70 per cent of their feeds”, in Instagram’s words.

But what of the obsessive power user? The person who never posts but always prowls? Because I know that I’m not the only one channelling their ONVD and their relentless urge to know everything all the time, in the right order, and never fall behind, even if it’s about what their spin teacher did with her hair this morning, into the non-stop churn of social media. I live it. I bleed it. And yes, Sophie, watch out. Because I am a very sick person, and I am unreasonably upset about the order of my Instagram feed.

PS — Yah I do this on Twitter too, so sue me or feel sorry for me or whatever, I love my life and I refuse to apologise for my disease.