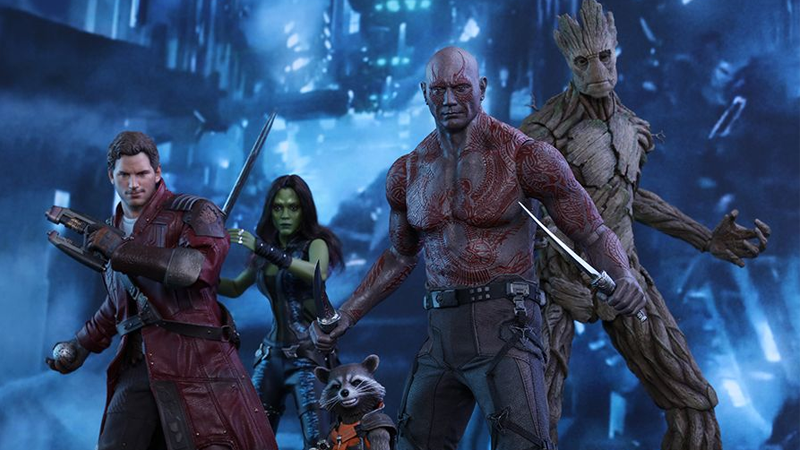 Guardians of the Galaxy came out nearly two years ago — and ever since, Hot Toys fans have been waiting for the company to finish off their line of Guardians figures with Drax the Destroyer. Hot Toys have been teasing this for ages, but it's finally here.

Coming in at about 12.5" tall, Drax is the final member of the Guardians to join Hot Toys line of obscenely well-detailed line of figures from the Marvel Movies. Unsurprisingly, he's also fantastic looking — not just an excellent likeness of the walking mass of muscle that is Dave Bautista, but an amazing figure to look at thanks to the intricate tattoos painted all over his torso. 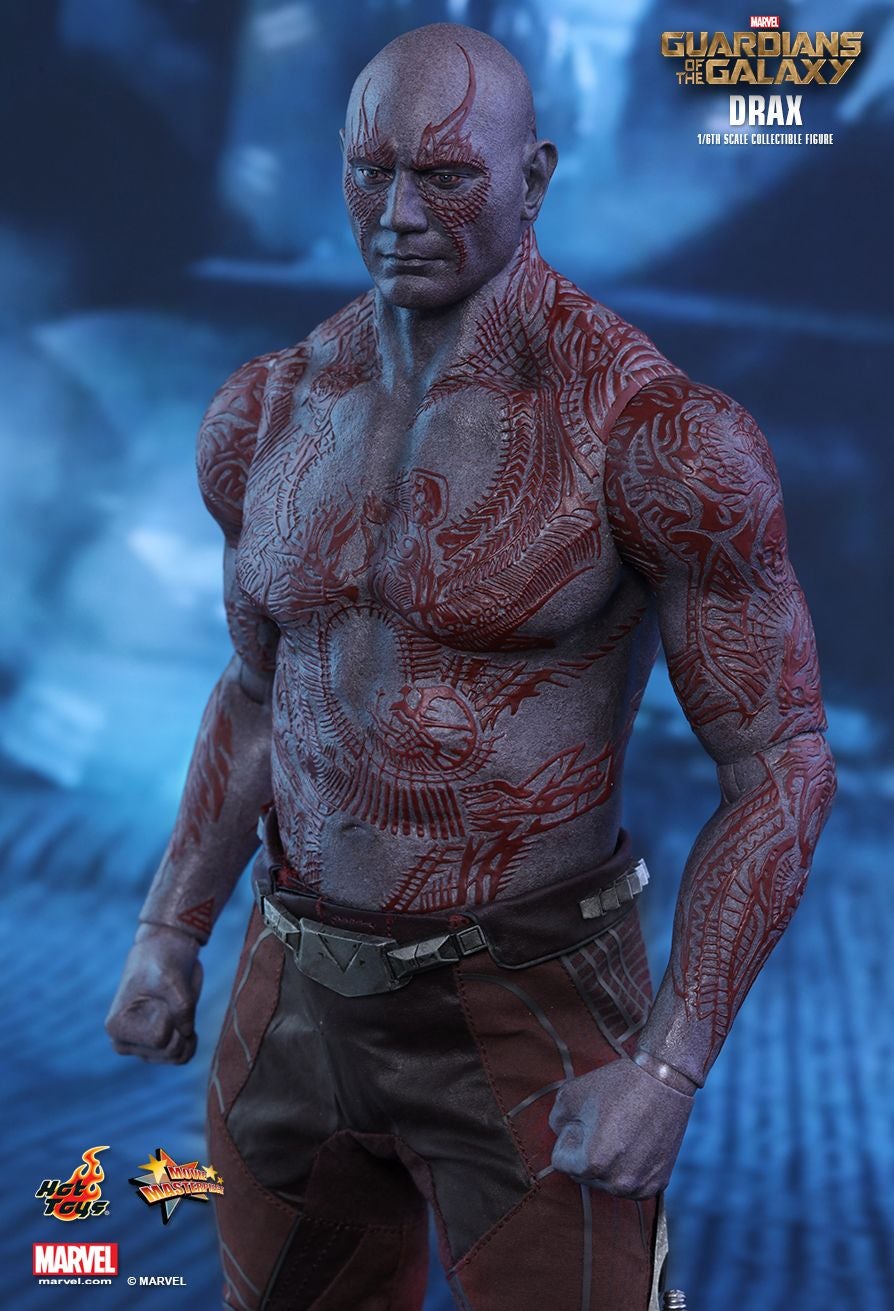 In fact, not only are they painted, they're actually physically sculpted. Hot Toys has always had a reputation for quality, but if the final production figures come out looking as good as this, this might actually be one of the most impressive bits of design work they have done — even if in general Drax is a pretty basic character.

Like any Hot Toys figure, Drax comes with a bunch of alternate hands to hold a plethora of accessories. His trusty dual knives are included, as is a rocket launcher — and to make up for the sparse accessories, he's also bundled with an alternate pair of pants to replicate both his initial appearance after the Guardians break out of prison in the movie, and the red-tinted Ravager "uniform" he dons for the film's climax. 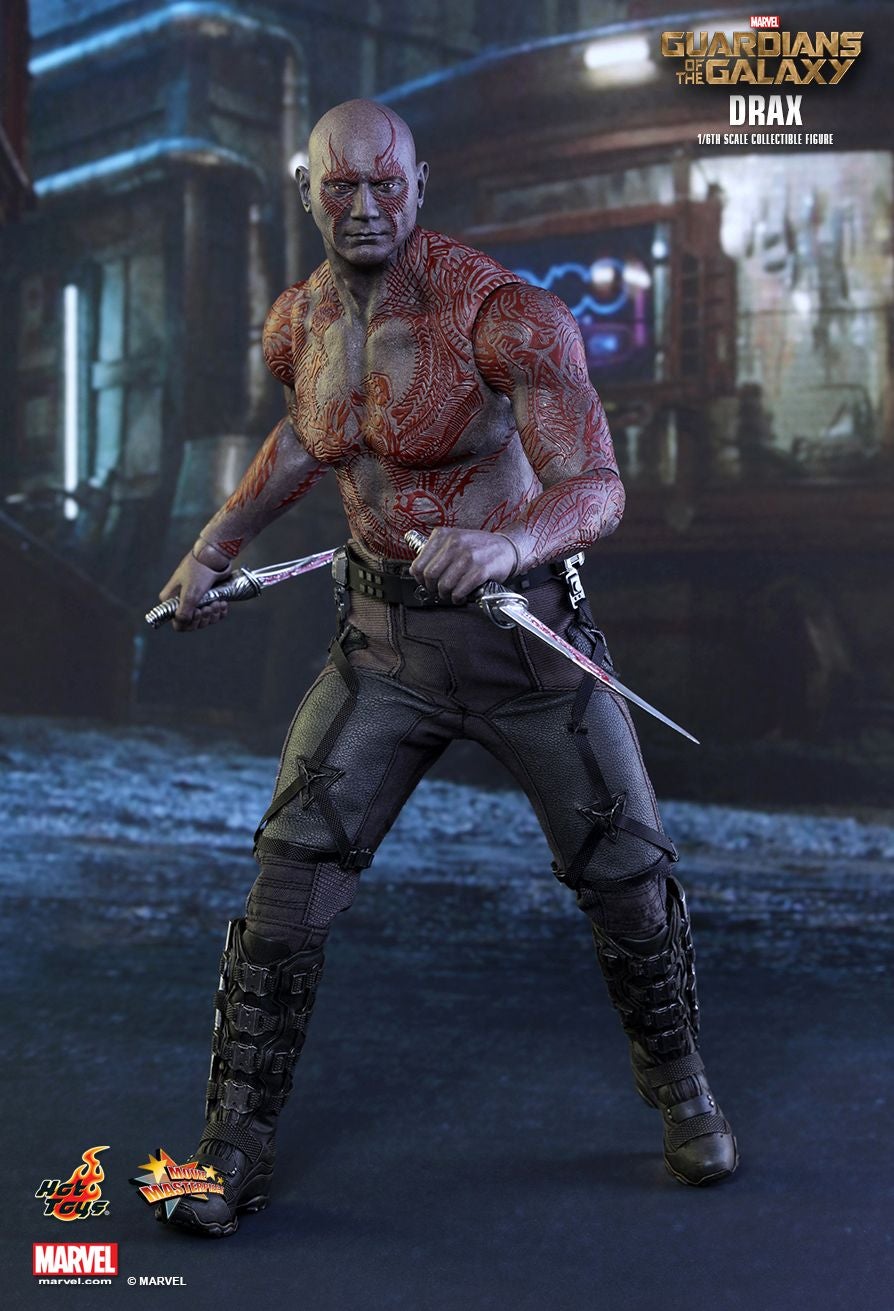 Given his relatively light number of accessories, hopefully Drax ends up being a little less pricier than some Hot Toys (he's yet to appear for pre-order on Sideshow Collectibles' website) — but it's great to finally see this figure coming out, and Guardians fans can, at long last, complete their team.

The Hot Toys Drax figure will finally come out later this year.