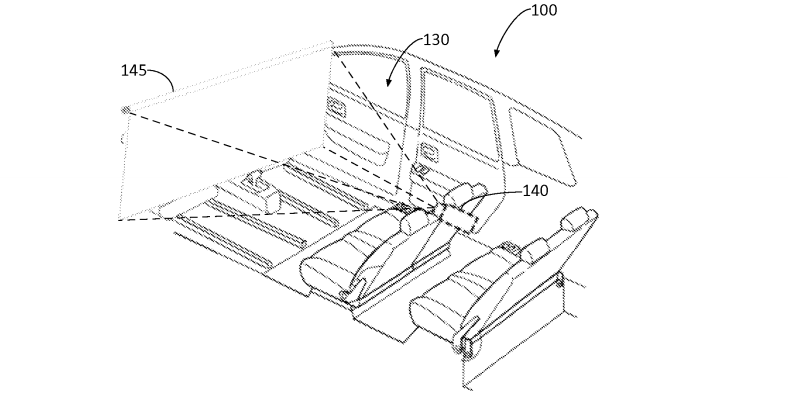 The dual-screen system patent was first covered by Forbes, and it sounds absolutely insane: The first display configuration includes a projection screen that could be set up near the windshield and a projector capable of descending from the ceiling. According to Ford, the metaphorical fireworks would begin once the car sensed that it was in autonomous mode.

The car would revert to its second display once a person took over driving duties, at which point "the entertainment system controller may retract the projection screen and projector". If your irritating children still want to watch Sesame Street however, never fear. Ford suggests switching to another display, such as one stuck in the dashboard or, God help us, the rearview mirror: 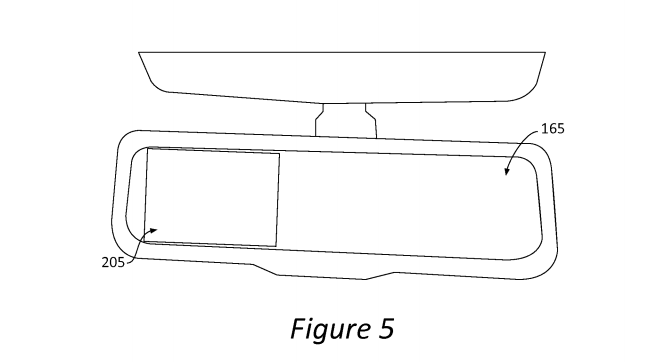 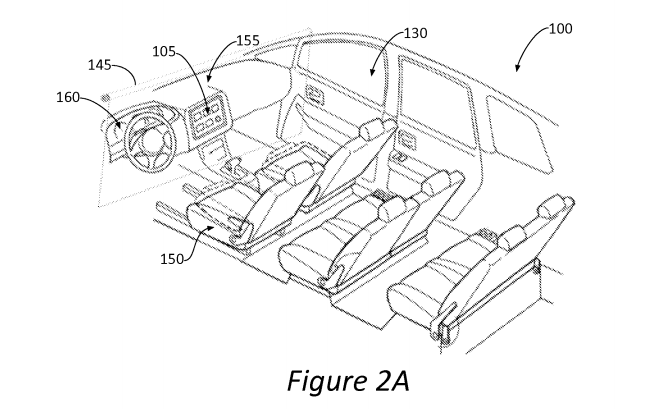 In the "second display," the screen screen is sucked back up into the ceiling. (United States Patent Office)

While this sounds cool and everything, it also induces a mild feeling of terror. You know when your dumb friend is driving and won't stop shoving his phone in your face? That kind of terror pops up whenever I think of the "first display". Sure, the car is driving itself, but my neurotic, control-freak nature stops that from being anything close to a relaxing experience.

Of course, given the ambiguous language throughout the patent filing, it remains to be seen whether Ford will actually implement these ideas. And company spokesman Allan Hall also cautioned that your driving-while-fapping dreams might be meaningless: "We submit patents on innovative ideas as a normal course of business," he told Forbes. "Patent applications are intended to protect new ideas but aren't necessarily an indication of new business or product plans." At CES this year, however, the company announced plans to reach its claws further into the autonomous car market, so who knows!

Meanwhile, Ford competitor Volvo isn't shying away from its own ridiculous plans for driverless cars: it wants to put tray tables and screens in its vehicles, turning them into first-class airline seats, as Gizmodo's Alissa Walker put it. And that might be sort of cool, if done right! (And assuming I can get a hold of some Diazepam to calm my nerves.) If we don't have to spend our time driving, we may as well indulge in some leisurely activities.