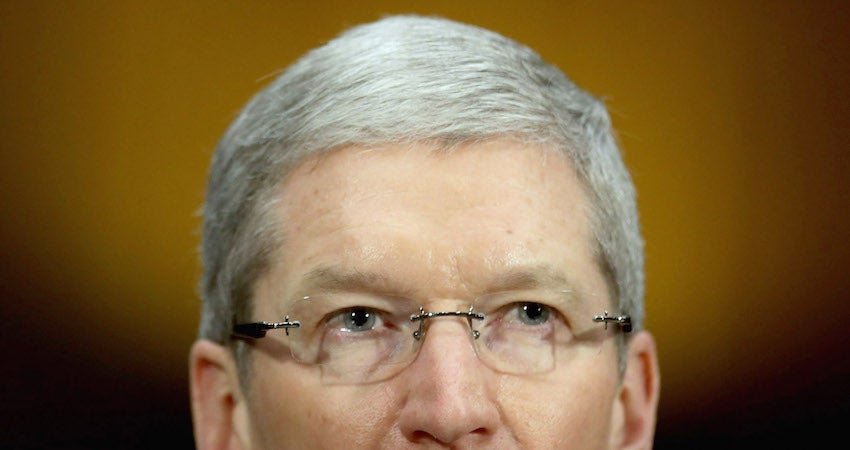 Tim Cook is a graduate of Robertsdale High School in Robertsdale, Alabama. Until last month, it and other schools in the area provided MacBooks for teachers and students in grades three through 12; younger kids were given iPads. Recently, however, the district decided to stop giving its students the merchandise of its most famous alumna. It plans to replace them with Lenovo Chromebooks. Do you hear that? That's the sound of a million Apple fanboys weeping all over their comically large iPads.

The Washington Post, which first reported the news, apparently got the scoop from school board documents in which the school's chief technology officer proclaimed that "Baldwin County will not be using bleeding edge technology with this implementation. It will be using proven technologies." Sick burn!

The reason for the switch came down to simple economics: according to the school, Chromebooks cost roughly three-quarters less than MacBooks. (An N21 Chromebook, a model reportedly under consideration by the district, will set you back about $US200 ($268); a MacBook is closer to the thousand-dollar range.) To complete the burn cycle, the district will sell its used MacBooks to pay for its new Chromebooks.

The effort to equip all students with Apple products was part of a $US24 million "Digital Renaissance" program that Apple has seemingly turned into a third-rate regional renaissance festival rather than an actual renaissance.

While the Post emphasises that Apple and Cook had nothing to do with the change, Google is probably celebrating anyway. Its slow but dedicated takeover of the educational technology market — a niche that Apple was supposedly set to occupy — has been expanding, and now it appears to have reached Tim Cook's own backyard.