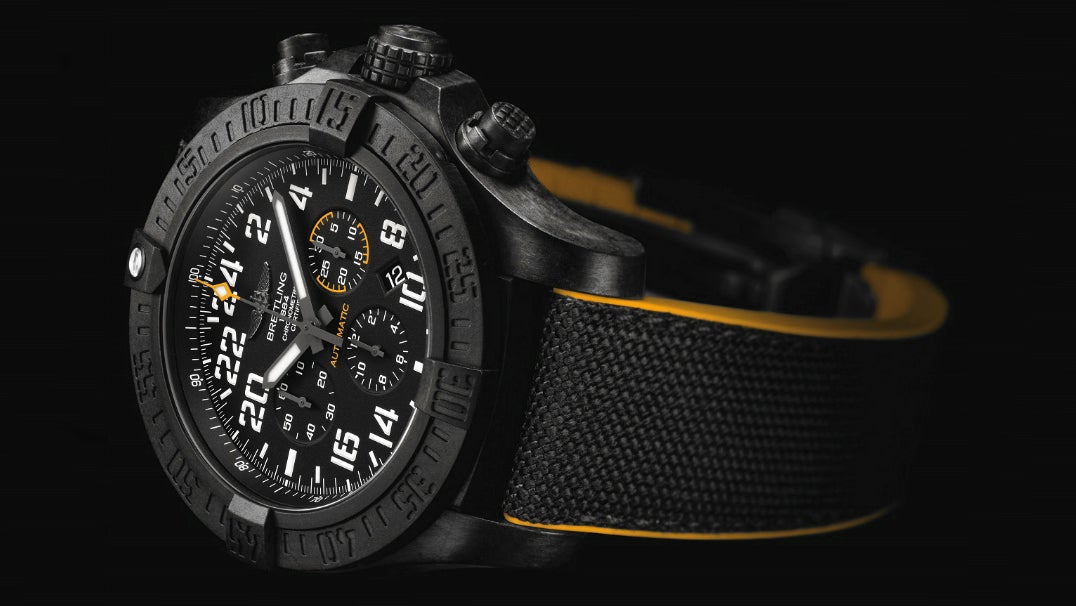 If you like the look of a beefy timekeeper on your wrist, but without all the weight, Breitling's new Avenger Hurricane is the company's first with a housing made from plastic. Or, more specifically, a new lightweight proprietary polymer it calls Breitlight. 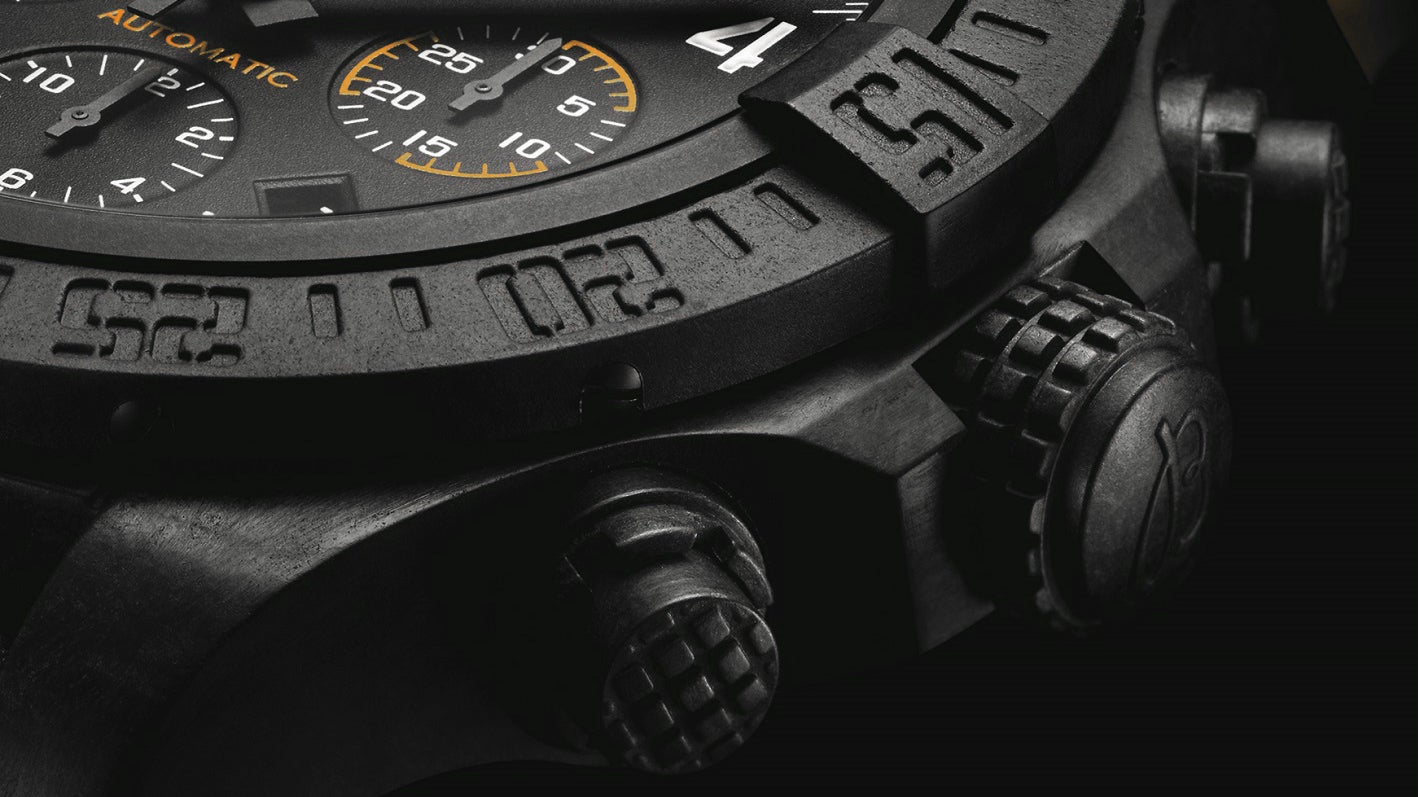 Strengthened with composite fibres for extra rigidity, the new Breitlight material is six times lighter than steel and even three times lighter than titanium. But besides being considerably lighter on the wrist, thanks to the new material the Breitling Avenger Hurricane is also anti-magnetic, less likely to irritate sensitive skin, won't corrode and is incredibly hard to scratch or mar. 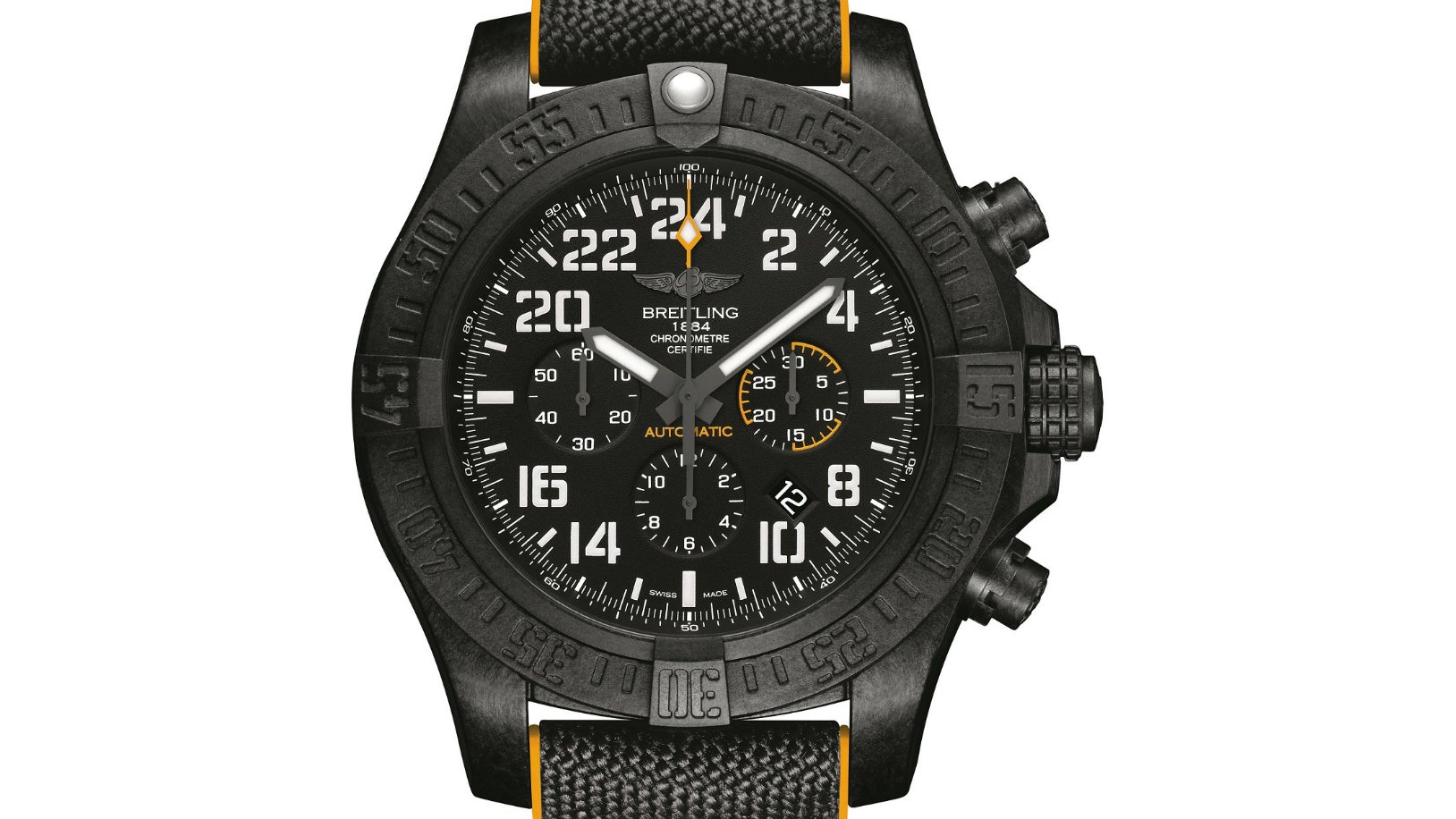 On the technical side, the Breitling Avenger Hurricane features an in-house 24-hour movement, basic chronograph functionality, and a 70-hour power reserve which means you only have to wind it every three days. It's far from the most advanced mechanical watch you can buy, which begs the question, why is Breitling still asking $US8390 ($11,279) for it?

Traditional analogue watches boasting genuine Swiss craftsmanship have always come with expensive price tags, partly justified by the huge number of man-hours that go into the production and hand-assembly of the timepieces's complicated inner workings. 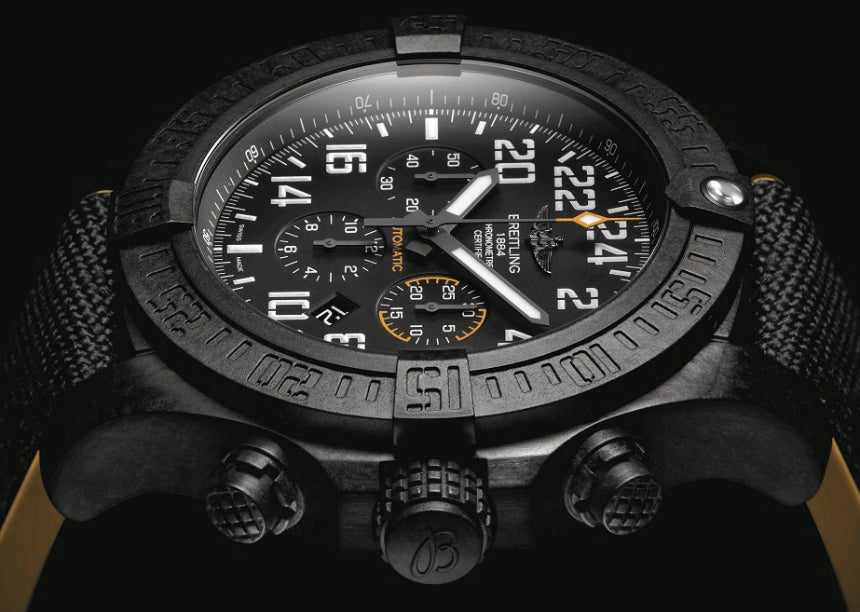 These aren't mass produced on factory assembly lines like a cheap digital Casio. A lot of skill and care goes into the creation of a genuine Swiss watch to ensure it's as accurate as its analogue mechanisms allow.

High-end sports cars are manufactured the same way, but it's easier to justify spending $100,000 on a car when you see it tearing down a highway at insane speeds. It's a lot less obvious why a watch is worth thousands of dollars when the complex internal mechanisms humming along at 28,800 vibrations per second are hidden away inside.

But the often shocking price tags are also the result of well-funded collectors who are looking to step out wearing something innovative and something exclusive. There's no denying that Breitling is using its new Breitlight material as a selling point for the Avenger Hurricane, since other timepieces in its collection with similar functionality and metal housings, actually sell for less money.

Watches are still first and foremost a fashion accessory, and ultimately fans of Breitling obviously have no qualms with dropping thousands of dollars on the cachet associated with the company's creations. But if you're looking for a genuine Swiss watch with innovative guts that won't drain your savings account, don't forget that Swatch already sells one for just $US150 ($202).