Biologists Have Learned Something Horrifying About Prairie Dogs 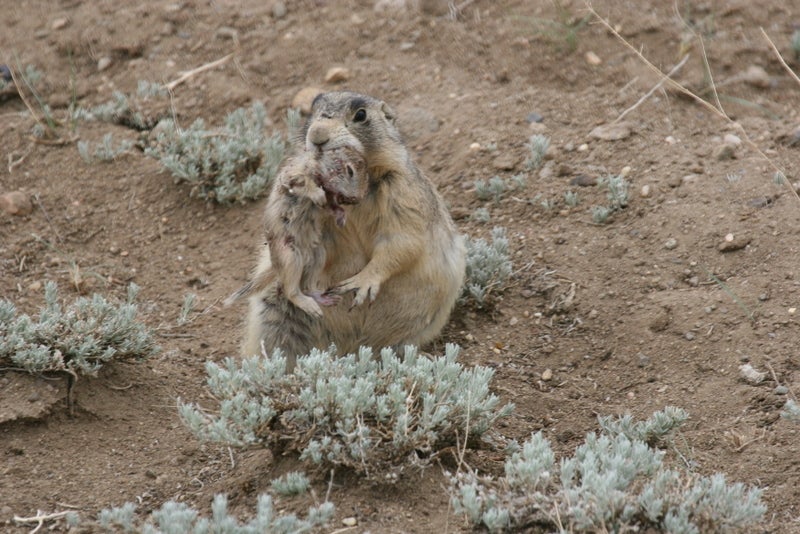 Prairie dogs: fuzzy little socialites that live in elaborate burrows and chow down on grass all day, right? Seem like nice neighbours? Hate to shatter the illusion, but I've got some knowledge to share. Prairie dogs are cold-blooded killers. And if you're a ground squirrel, you're advised to move out of town immediately. I know this is hard to hear. But it seems we've all been had by nature's most adorable baby killers. When biologist John Hoogland of the University of Maryland Center for Environmental Science first watched a white tailed prairie dog violently shake a juvenile ground squirrel to death, he couldn't believe his eyes. "I was totally shocked," he told Gizmodo. "We never suspected anything like this was going on. Once I discovered it was happening, we watched carefully over the next few years."

For six years, Hoogland, his colleague Charles Brown and a small army of students sat in towers at the Arapaho National Wildlife Refuge in Colorado, watching prairie dogs go about their business — foraging for food, rearing their young and butchering ground squirrels for sport. For further proof that nature is relentlessly brutal, this behaviour seems to give prairie dogs an evolutionary advantage.

Hoogland's findings, which include 163 ground squirrel kills by 47 prairie dogs, are published today in the Proceedings of the Royal Society B.

"Prairie dogs will chase ground squirrels — usually babies — and if they catch them, they shake them violently," Hoogland said. "While they're shaking, they're biting the back of the neck to sever the vertebral column. Sometimes they grab by the head and literally debrain the baby. It's violent, savage, and awful." 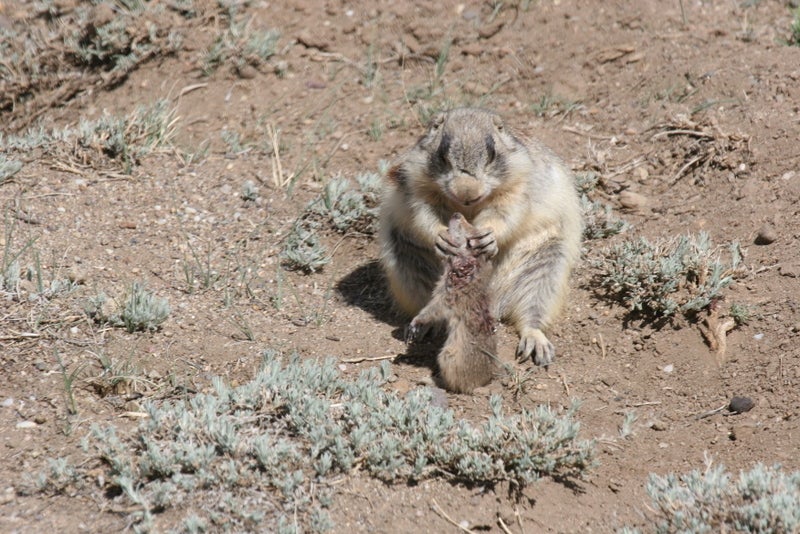 In a particularly brutal episode, Hoogland witnessed a female prairie dog murder seven baby ground squirrels in succession, shaking them to death one by one as they emerged from their burrow for the very first time. "It was quite an afternoon," he said.

"If you look at any single year, killers have larger litters and their babies survive better," he said. "Serial killers are especially successful at reproduction. They rear many babies that survive many years." 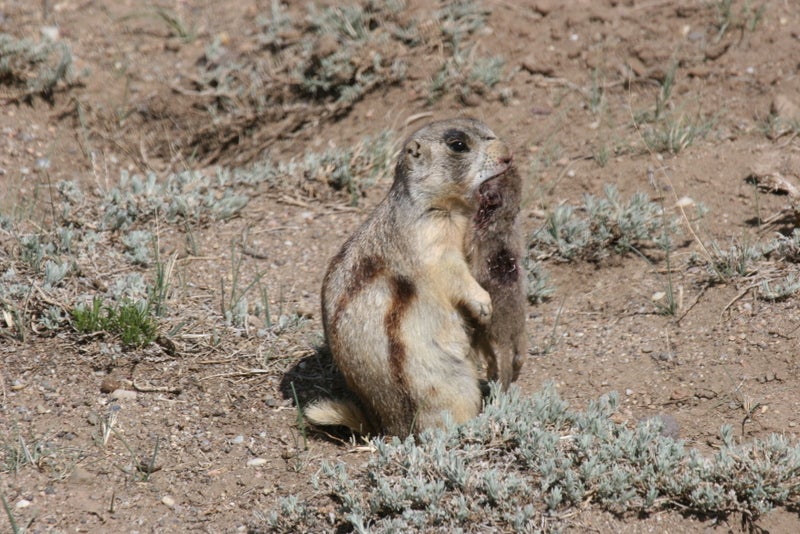 The truth about prairie dogs is horrifying. But it's possible biologists are skimming the surface of a bloody Darwinian tale that runs deep into evolutionary history. Pop culture loves to portray herbivores as peace-loving pacifists — just look at Zootopia as the latest example of this — but who can say what other barbarous acts are going undocumented in our backyards? Are rabbits stealing into burrows to throttle chipmunks in their sleep? Do elk and buffalo lose their cool and impale each other over prairie grass? These are the sorts of unsettling questions biologists will have to start asking.

"I have to wonder if the same behaviours are occurring in other interspecific competitors," Hoogland said. "I hope this work will coerce other biologists to look at their animals more closely. The more I learn about prairie dogs, the less I know."