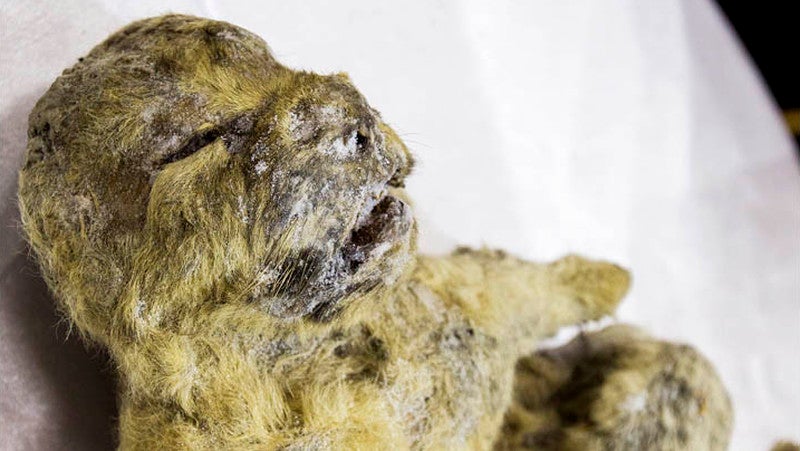 A pair of exquisitely preserved lion cubs found frozen in Siberian permafrost may still contain traces of milk from their mother. If confirmed, it would be the oldest breast milk ever discovered. The cubs, dubbed Uyan and Dina, were discovered late last year in a permafrost cave in Yakutsk, Siberia. The pair, who belong to an extinct species of cave lions (Panthera spelaea), died shortly after birth, and were about the size of full-grown domestic cats when they perished. It's theorised that they died in a hole following a landslide, setting up the pristine conditions for their preservation. The cubs are largely intact and still contain body parts such as fur, ears, soft tissue, and even whiskers. Now, as The Siberian Times reports, their stomachs may also be intact — along with their final milky meal. 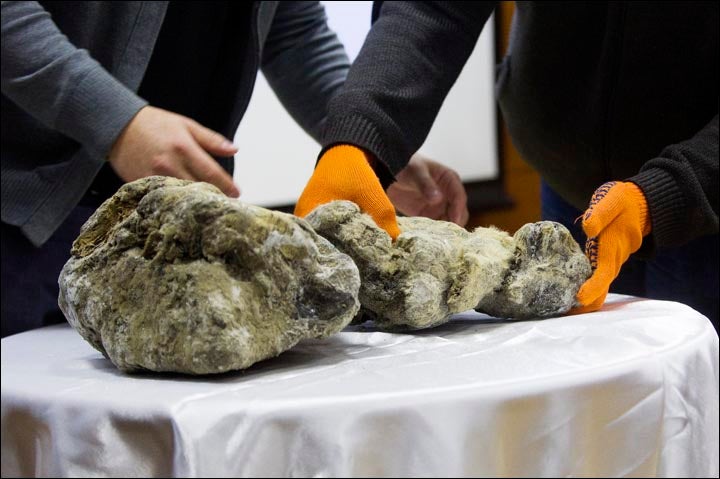 Later this year, scientists will perform an autopsy on one of the cubs to find out. A source close to The Siberian Times said there's "reason to believe" that the cub's stomach still contains "an opaque white fluid" from an extinct lactating lioness. The second cub will not be autopsied, and is being set aside for future study.

Should the scientists discover traces of breast milk within, it would be ripe for analysis. Depending on the level of preservation, scientists could learn about the mother's health and diet, and the unique characteristics of breast milk from a species that went extinct during the Late Pleistocene some 10,000 years ago.