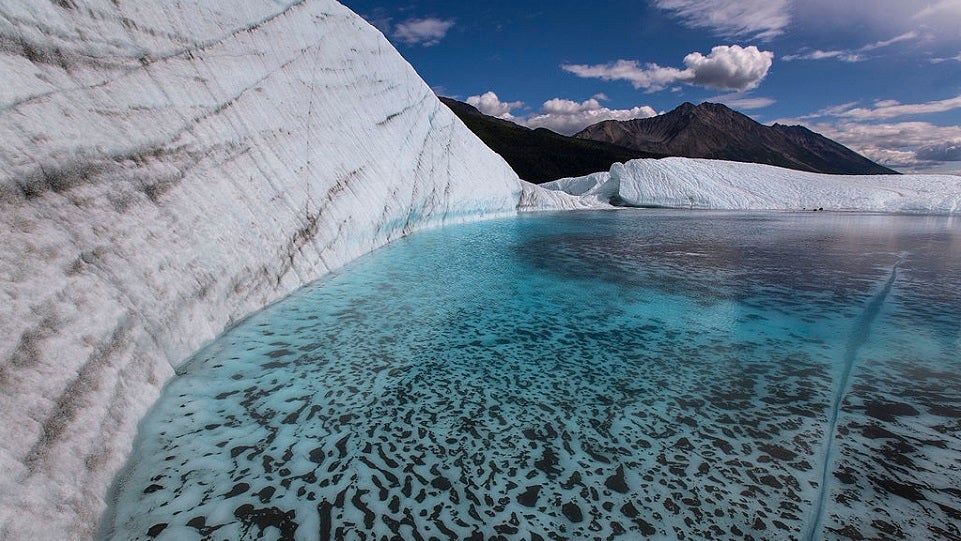 Humans aren't the only ones trying their best to warm up the world like it's a frozen pie. Bacteria are also creating particles that melt glaciers and make the world comfortable for more bacteria. Today, at the Microbiology Society's Annual Conference, scientists from Aberystwyth University announced that microbes are heating the planet. That's not unusual, but these microbes, of the genus Phormidesmis, are doing it by making particles that melt glaciers. The bacteria are photosynthetic. They get their power from the sun. When exposed to the sun, they stick together bits of dust, pollution and soot that have come down in the snow to form a material called cryoconite.

Cryoconite darkens the top layer of glaciers, which causes them to absorb sunlight and form pools of water. These pools never get particularly deep, because in order to keep making cryoconite — which decreases the amount of solar radiation reflected by the glacier about 20 per cent — the bacteria has to be exposed to the sun. So the pools grow wide and shallow, allowing more bacteria to grow and make the pool even wider.

"Microbes are capable of ecosystem engineering," said research team leader Dr Arwyn Edwards. "As the biologically productive areas of glaciers and ice sheets expand due to climate change, these microbial processes can influence their melting more and more. In the long term, this contributes to the loss of glacier habitats, and the unique microbial biodiversity living on them."

[Microbiology Society, Unaccounted for Arctic microbes appear to be speeding up glacier melting]