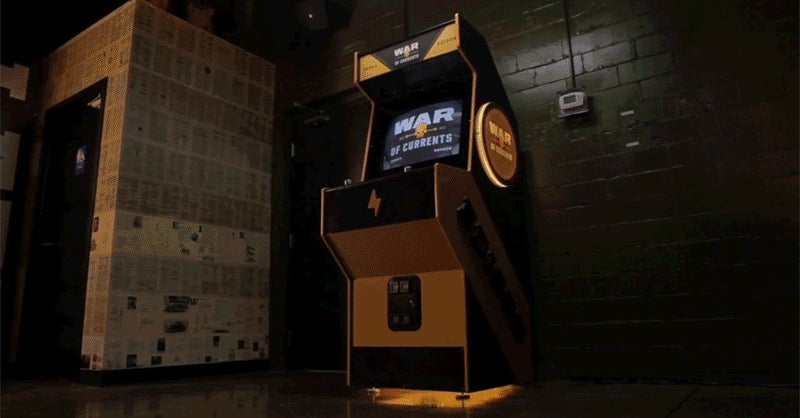 If you weren't fast enough on the controls while playing Mortal Kombat, the worst thing you experienced was a grotesque 'Fatality' at the end of a match. But when playing this War of the Currents arcade machine, players can use their character's (Telsa or Edison) special charged move to shock their opponent through the game's joysticks.

Designed, built, and programmed by the creatives at Real Art, the War of the Currents arcade machine was first revealed at SXSW, but will eventually find a home at the Proto BuildBar in Dayton, Ohio, later this week where the public can stop by to give it a try. Unless they're expecting, have a heart condition, or currently rely on a pacemaker.

The cabinet features a pair of unique conductive metal joysticks that deliver a particularly uncomfortable-looking shock which should make players think twice about actually stepping up to play. Unless they feel the need to defend the honour of their childhood hero — be it Tesla or Edison — in simulated hand-to-hand combat.