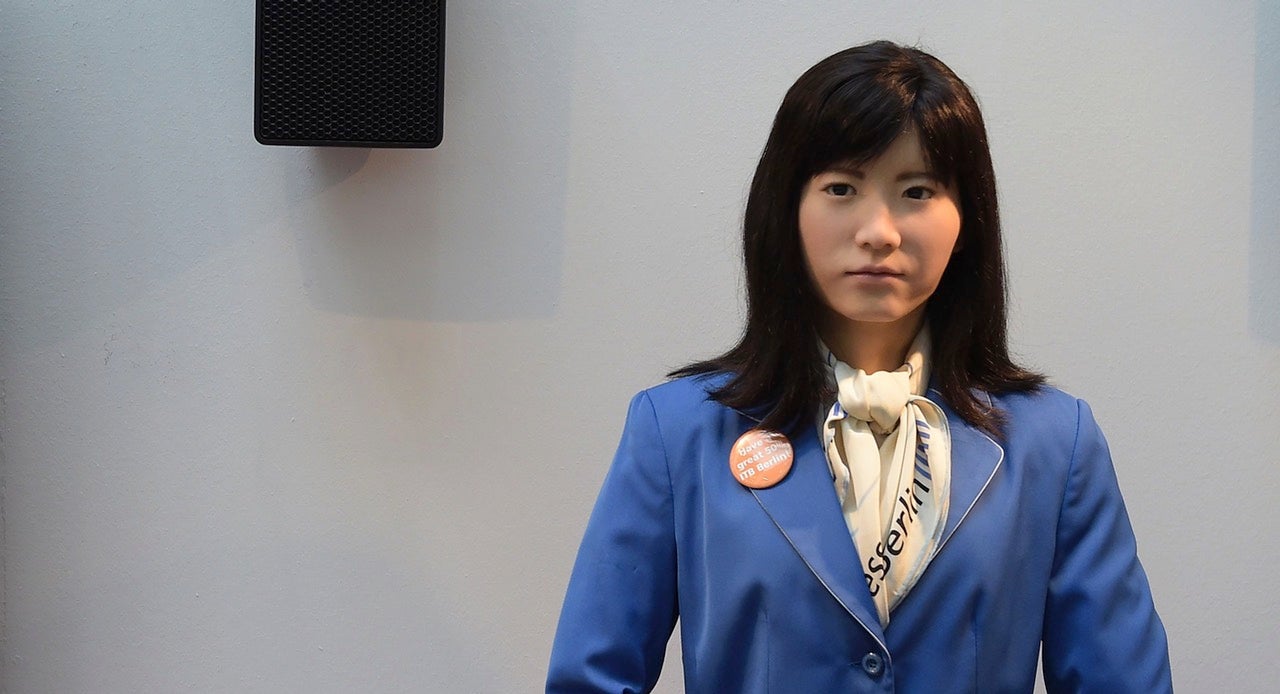 Remember travel agents? Or Victrola repairmen? Their jobs disappeared as society became more technologically advanced. And a new study shows that most Americans believe robots will replace many human workers soon. But they overwhelmingly think their own jobs are safe.

Lead image: Robot developed by Toshiba stands at a welcome desk inside a tourism fair in Berlin (Tobias Schwarz/AFP/Getty Images)

The new Pew Research Center study found that most Americans strongly believe that the age of robotics will drastically change the job market in the next 50 years. But a healthy majority (80 per cent) believe that their own industries won't be affected by this automation revolution.

"Robotic automation is something people sense is going to happen in the vague future, but I don't think they're necessarily drawing that connection to their own employment prospects, or their kids' employment prospects," Aaron Smith, an author of the Pew study, told the Wall Street Journal.

Overall, older and highly educated people are more sceptical that robots will be taking jobs away from human-Americans in the next 50 years.

The feelings of Americans on this issue were relatively consistent across different occupations. Essentially, most people think their jobs will be untouched by the robot revolution, and blue collar workers in the United States are the least likely to believe that their own jobs will be replaced by robots.

Those who worked in government, education, and the nonprofit sector were most likely to be sceptical that their jobs would be replaced. 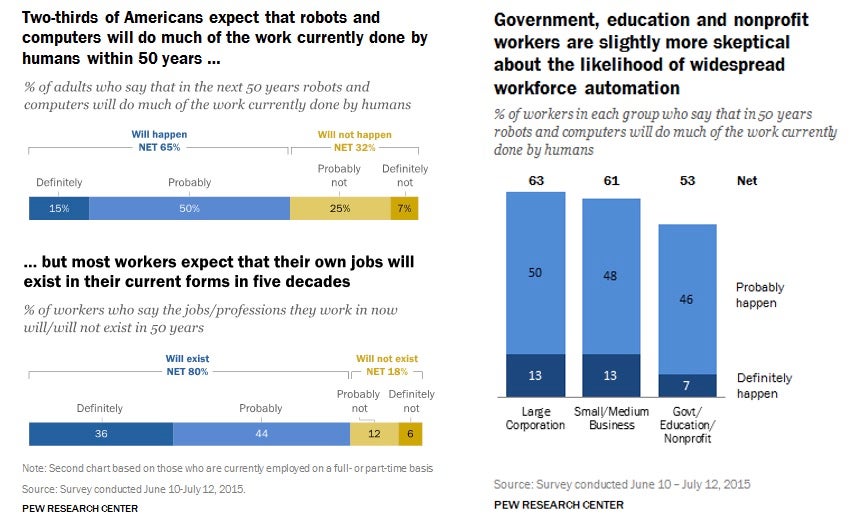 Graphs from the Pew Research Center based on surveys conducted in June and July of 2015 So whether you think your own job will be replaced by a robot or not, only time will tell. We've seen upheavals in some sectors that have been relatively swift (as was the case with travel agents at the turn of the 21st century) and other automation processes that ebb and flow.

In the case of the latter, BMW recently decided that they'd hire more human workers in favour of robots, ostensibly because so many of the tasks were too difficult for robots. But the unspoken part of the story is that globalization has suppressed wages to the extent that hiring dozens of cheap workers is often less expensive than a robot in some fields.

The robot revolution is here. But tech adoption and automation are never set on a predictable and predestined course. Will your job be taken by a robot? At least on this issue, Americans are still optimistic that they won't be.