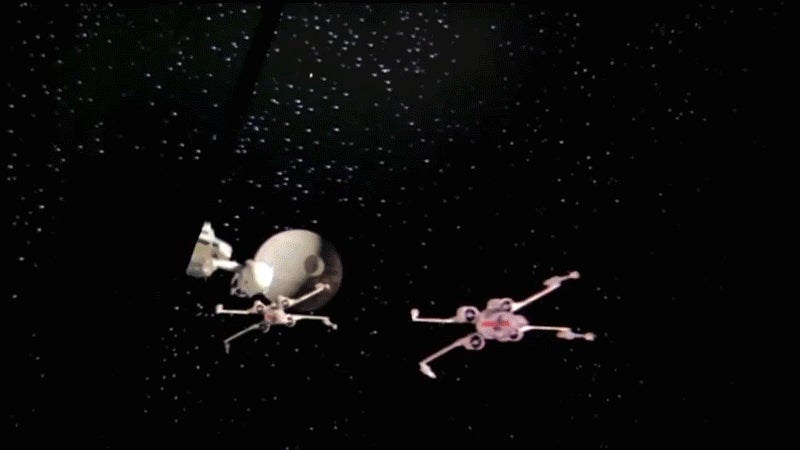 Video: George Lucas is a toy-maker as much as he is a director, which explains why we know what to call half the things in the Star Wars universe. AT-ATs, the Sith, A-Wings and Ewoks. We know what they are — through the prequels, the toys and the extended universe — but they're absolutely never called those things by name in the original films. For that matter, the existence of the "light" side was a total inference on our part, since only the dark side was mentioned. And before Darth was a title for Really Evil Guys, it was just Vader's first name.

Star Wars also suffers from the Casablanca problem of being perpetually misquoted but hey, "No, I am your father" doesn't have the same snap to it.

But you're a fan, so you already knew all that, right?