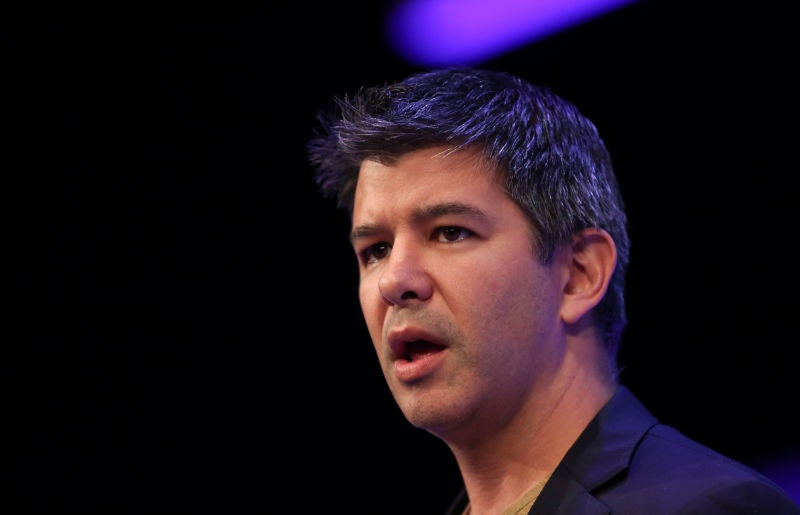 Now keep in mind, the only reports we have of Kalanick’s talk are coming from people who either paid $US8000 ($11,265) or more per ticket to attend this event or people who attended for free. They may not be reliable narrators. But from what I can piece together he did talk about the logo and how cities are bringing him down. And how he couldn’t take an Uber from the Vancouver airport because, well, cities are bringing him down.

Why he changed the logo

“A ‘U’ doesn’t mean anything in Mandarin.”

Why public transit isn’t a good solution for getting around

“Mass transit hasn’t yet figured out how to get to everybody’s doorstep.”

Instead we should all use unlicensed cabs like early-1900s LA

“There was an Uber way before Uber. If it had survived the future of transportation would probably already be here.”

We have a bright, self-driving future

“Instead of resisting technology like the taxi or trolley industry, we have to embrace it.”

Yet cities are crushing Uber’s growth

So here are his plans for your car

“With a little smart regulation, we can turn every car into a shared car.”

All in all, Kalanick seemed to be generally well-received

The founder and CEO of Uber at #TED2016? Who’s next, Martin Shkreli?