Not Even Kanye Can Save Tidal 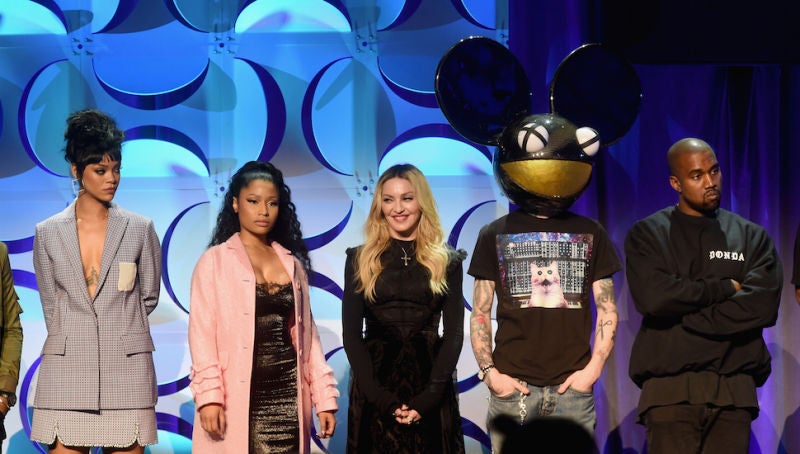 Less than a year ago, Tidal was a punchline: a vanity project promoted by a slew of out of touch musicians who knew a crap ton about making music, but absolutely nothing about selling it. Now, Tidal is the number one free app on the Apple App Store.

Man thank you so so so much everyone for signing up to Tidal. Tidal is now the number one app in the world!!! pic.twitter.com/O3r9DkX03R

And it’s all because of exclusivity deals. Three of the biggest musicians rocking the pop genre have dropped new songs exclusively via Tidal. First, Rhianna in late January with Anti, then Beyonce last week with Formation and now Kanye with The Life of Pablo.

For many, an exclusive album from your favourite artist is enough to make you seriously consider dropping $23.99 a month on Tidal’s lossless streaming service. But if Google Trends is to be trusted that interest in Tidal wanes as quickly as the tunes can be gotten elsewhere.

Above is the search interest in Tidal over the last month. Note how interest plummets immediately after the big news days. In the case of Anti the drop off was sharp — likely due to the album’s exclusivity lasting only 24-hours.

The drop was less dramatic after the release of Formation, and one could make the broad assumption that this was because Beyonce has made no plans to release the single through other services (though you totally can and should download it legally because it is awesome).

As for Kanye? It took him nearly three years to perfect The Life of Pablo and only two days post announcement for interest to wane in its exclusive platform.

But don’t worry guys. Tidal is still number one on the App Store. So it’s a success right?

Tidal’s definitely experiencing some fantastic growth, but Jay-Z and company are gonna need to keep dropping exclusives every week if they want to keep that growth going.

Or they could just do a few more awkward press conferences. That seems to have worked in the past.