Feast Your Eyes On The Glory Of 90 Hoverboards In A Giant, Exploded Pile

Right before we all inevitably enter the gates of hell, you can bet we'll pass by a large pile of smouldering, filthy and recently ablaze hoverboards. Luckily, such a collection was recently seized by British officials, so we now know exactly what the end looks like. Last week, trading Standards officers in Surrey, England snapped up a cadre of 90 hoverboards imported from Hong Kong. After the motorised jackarse chariots passed through Heathrow Airport, they ended up at an inspection point in Surrey, where officials realised they were all kinds of messed up.

"The boards were found to have defective battery packs and other faulty features which could have led to them exploding without warning," the Surrey County Council said on Thursday.

As a precautionary measure, the boards were destroyed to ensure they wouldn't cause memory loss or other forms of bodily harm to members of the unsuspecting public.

But to make matters worse — or better, depending on your perspective — some of the hoverboards actually caught fire when officials attempted to destroy them. (Does this mean they're becoming sentient? Oh god.)

"Some caught fire and had to be doused with a powder-based fire extinguisher," the council said.

The sad, sad bones of the remaining 'boards were subsequently crushed and recycled. Another 50 hoverskooties were confiscated while officials try to figure out exactly what's going on.

The best solution? Burn them. Burn them all, before they burn us. 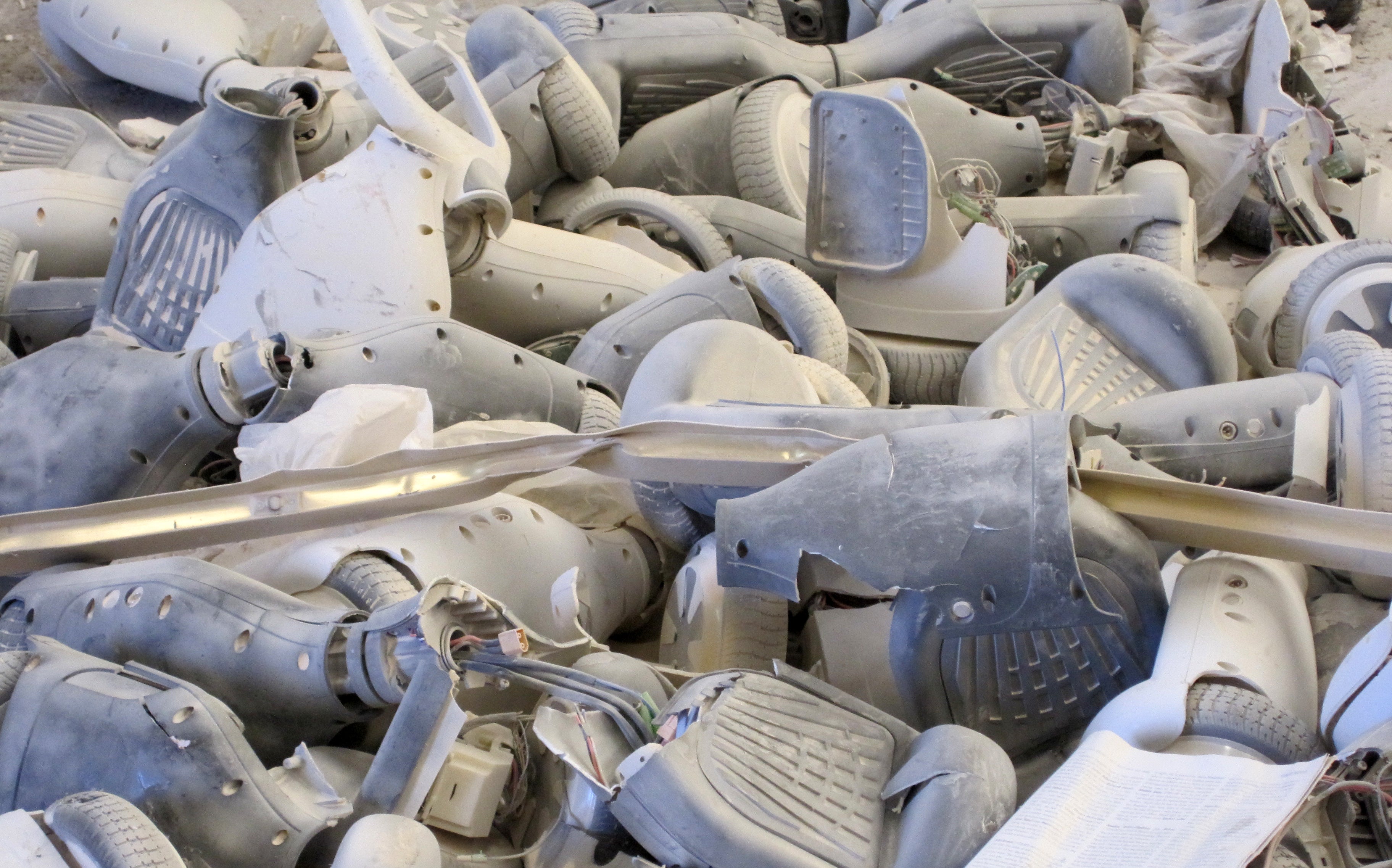 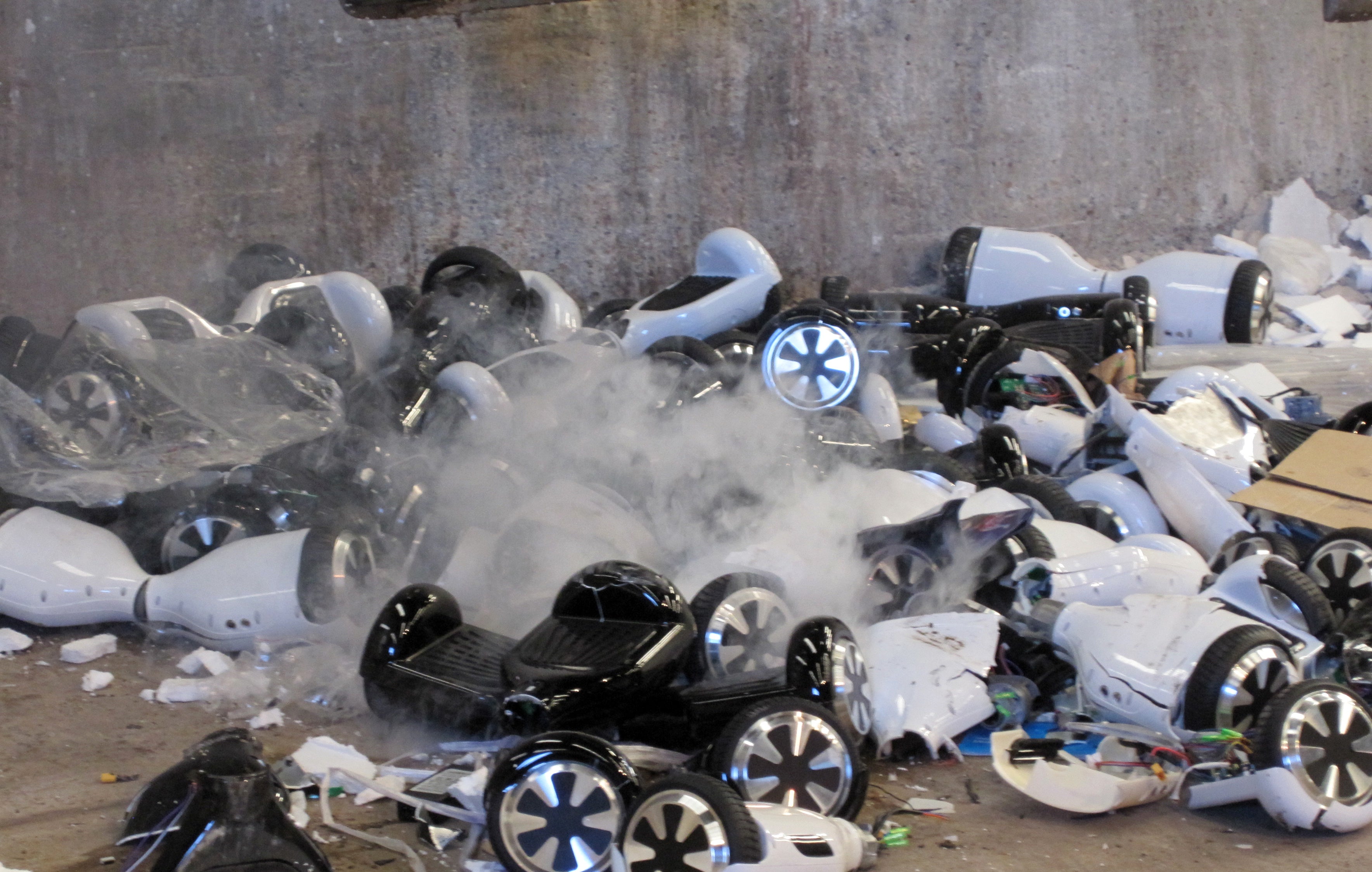 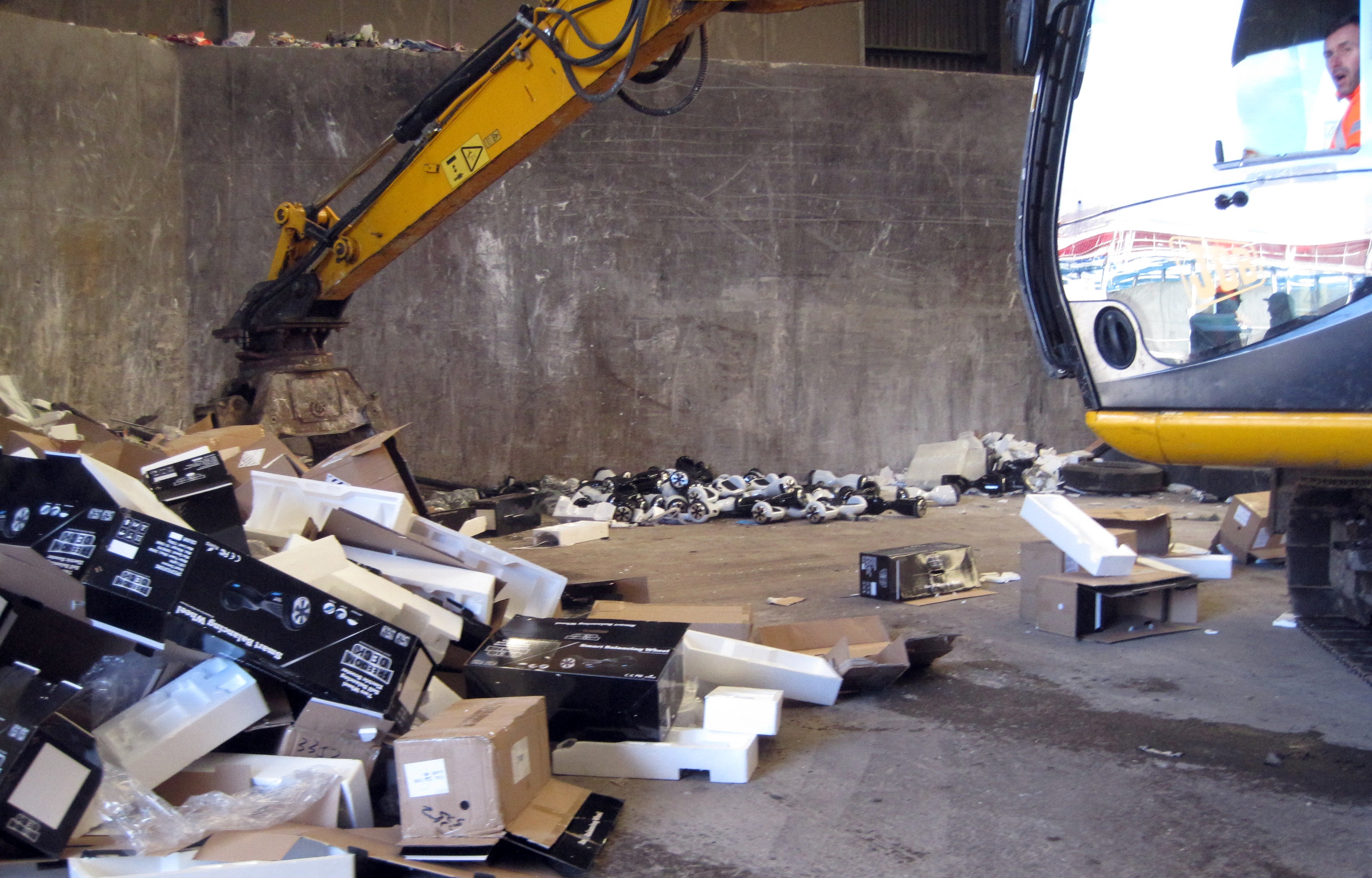 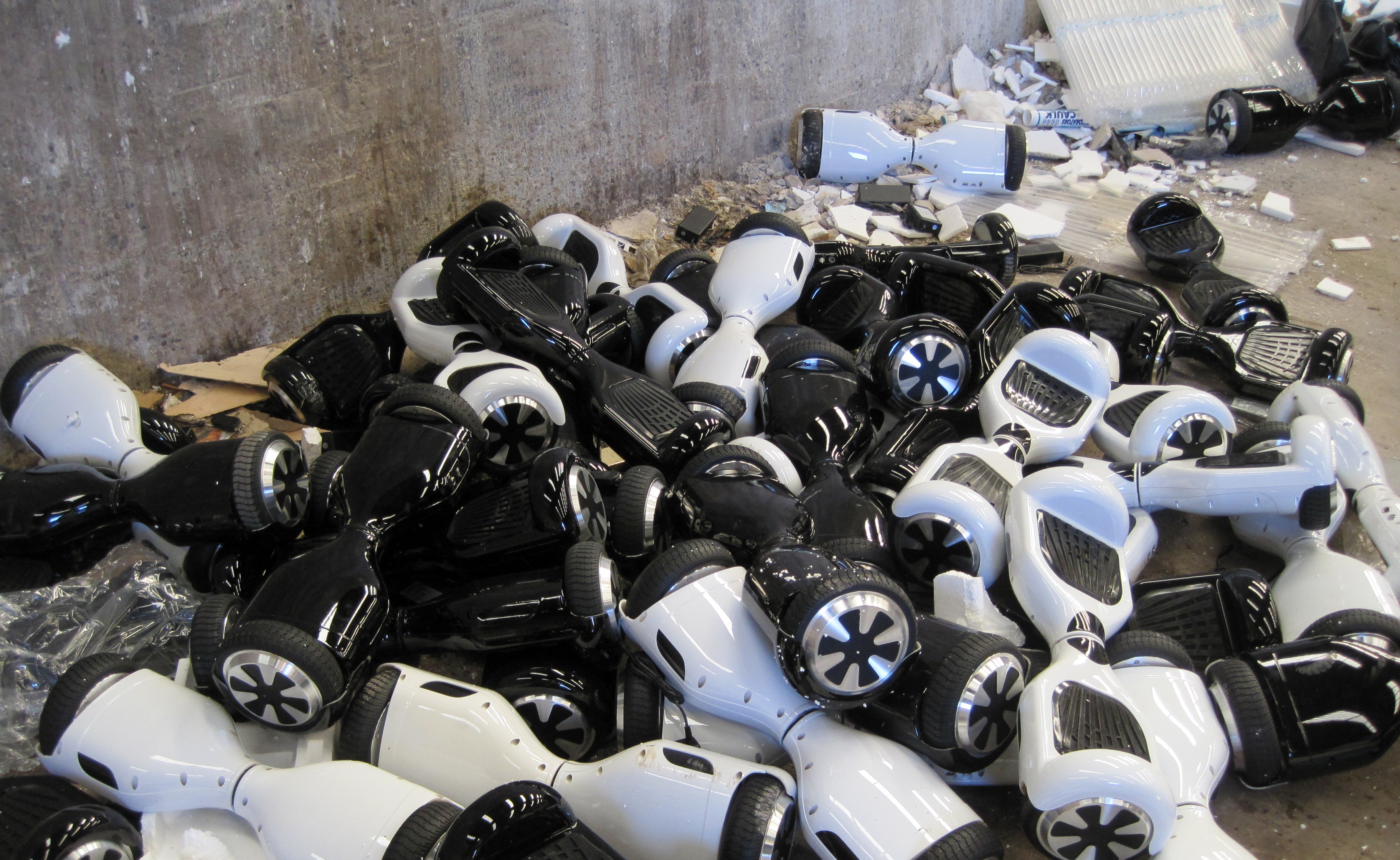