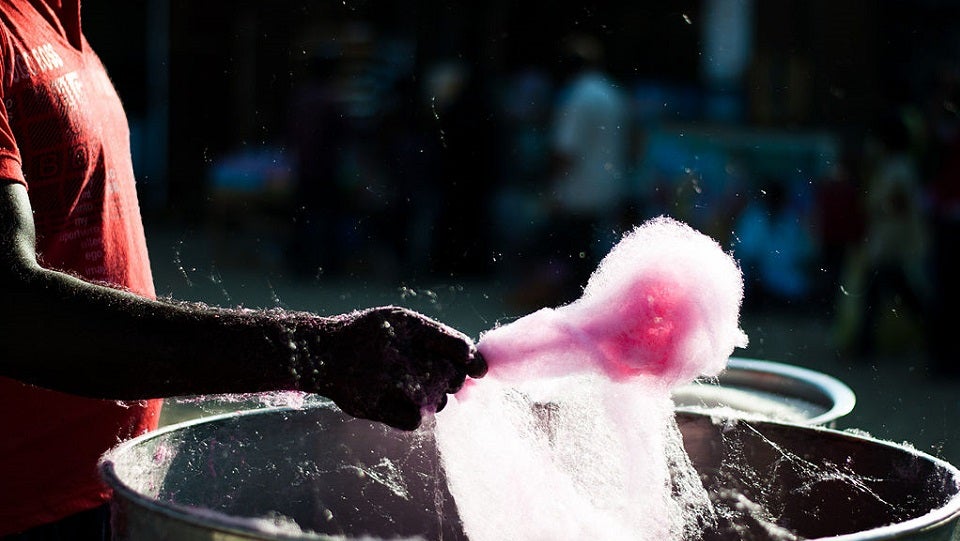 We know our organs are supported by blood. We know that that blood is delivered to our various cells through a network of blood vessels. What we don’t know is how to create a fine three-dimensional network of vessels in the lab for bioengineered tissue. Researchers at Vanderbilt University found a clue in an unlikely source: fairy floss. They just published their results in Advanced Healthcare Materials.

Labs have for a long time grown cells in thin sheets on water-based gels called hydrogels. The gels did the job of delivering nutrients and taking away waste, but only at very close range. Scientists were having trouble creating the capillary networks that would be needed to support thicker tissues. Cells will begin to form capillaries, but those capillaries are slow-growing, and often too big.

Any tissue cut off from this support network would die. This fact frustrated any lab trying to grow bioengineered tissue. To make tissues of the thickness needed for organs, labs would have to create an incredibly complex network of fine channels — something with almost a fairy floss consistency.

This comparison to fairy floss inspired lead author Leon Bellan to go out and buy a fairy floss machine from Target, using it to spin out his own threads. He found they were about the same size as capillaries — under the size of a human hair — making this a promising method for building those all-important channel structures. Score one for sugar.

Sadly, sugar isn’t the answer to all of life’s problems. It does create a network of channels that could support cells, but it dissolves too easily. So the researchers set aside the fairy floss machine and designed something more specialised. They came up with a machine that worked in a similar way to fairy floss machines, except that instead of spinning out sugar, it spins out a polymer called Poly(N-isopropylacrylamide), or PNIPAM. PNIPAM gets spun into a cloud of fibres, and a solution of human cells in gelatine (not hydrogel) gets poured over it. Eventually the gelatine hardens.

All of this happens at 37C. Although that’s ideal body temperature, the heat isn’t for the benefit of the cells — it’s for the benefit of the PNIPAM. The polymer is insoluble in water when warm, but when it drops below 0C, suddenly it melts away. When it melts, it leaves behind a dense, extensive network of channels in the big blob of cells, through which oxygen and nutrient containing liquid can be pumped. This could make for tissues as thick as anyone ever needs them to be.

“Some people in the field think this approach is a little crazy,” said Bellan in a statement. “But now we’ve shown we can use this simple technique to make microfluidic networks that mimic the three-dimensional capillary system in the human body in a cell-friendly fashion. Generally, it’s not that difficult to make two-dimensional networks, but adding the third dimension is much harder; with this approach, we can make our system as three-dimensional as we like.”