Which Grain Of Sand Will Tell Us The Most About Mars? 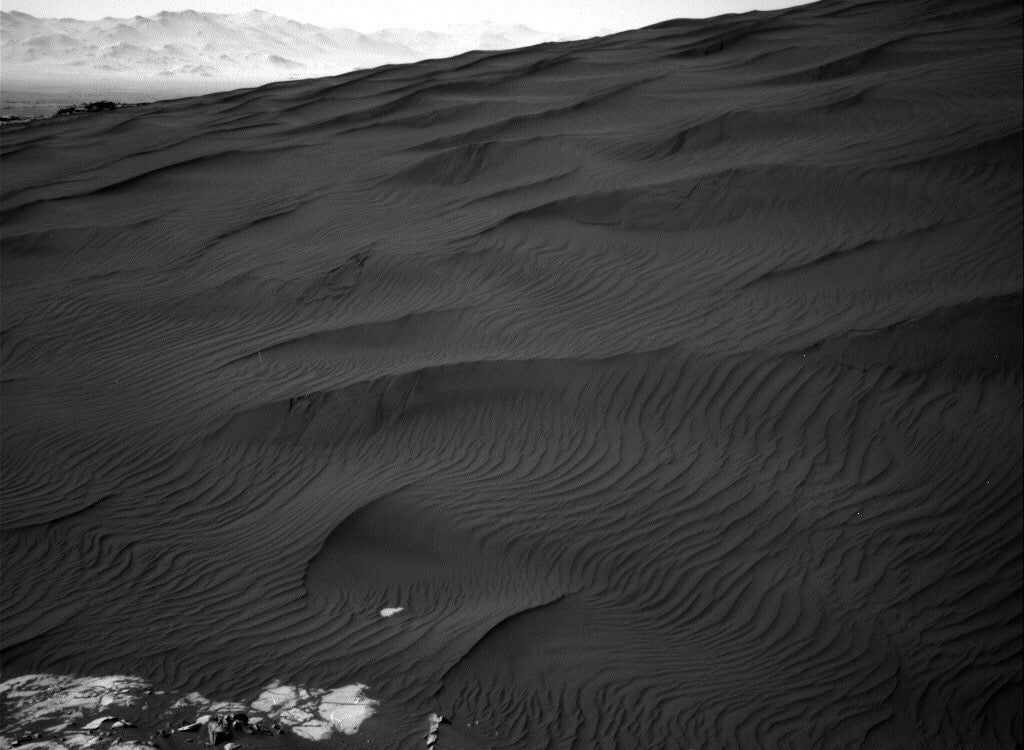 Now that the Mars Curiosity Rover has reached the Namib Dune, the next challenge is figuring out where to collect samples. This is the first time a robot has visited a sand dune on another planet, so we want to get this right. The Curiosity Rover will be cautiously edging onto the dune, and even use its wheels to scuff open a fresh surface to examine. But we don't want to send the daring robotic explorer too deep into the shifting sands for fear it will get stuck, a fate that ultimately trapped the older Spirit rover.

After a day of poring over the most recent images from the rover, the science team picked their target. Curiosity will sample a sharp-crested ripple. This will hopefully give them access to both fine and coarse grains. The specific ripple they're targeting looks relatively dust-free. Best of all, the ripple is located so that Curiosity can be sturdily oriented when approaching it for a sample, and not risk getting eaten by an unstable dune.

Curiosity is continuing to take self-portraits to establish context before disturbing the dune. On Sol 1217 (which is 8 January 2016 here on Earth), the rover collected a Mastcam mosaic, and took more self-portraits of its deck to check for any fine windblown sand. In the coming days, it will roll forward towards the target ripple, and twist its right wheel to make the long-awaited scuff. Curiosity will keep sending home photographs of the region (including the target) to provide lots of data for detecting any changes as its humans work out exactly what happens next.

The long-awaited scuff was supposed to happen this weekend, but didn't for yet-to-be-determined reasons. The science team is now faced with the dual challenge of identifying the error, and still getting observations done without moving the rover.

It seems a bit ridiculous that it takes days to do something as straightforward as sample a sand dune, but it'd be even more ridiculous to needlessly ensnare our robot with no aid for literally hundreds of millions of kilometres. Instead, the slow but inexortable march towards new science continues. Go, go, not-so-little rover, and tell us tales of the science you perform!