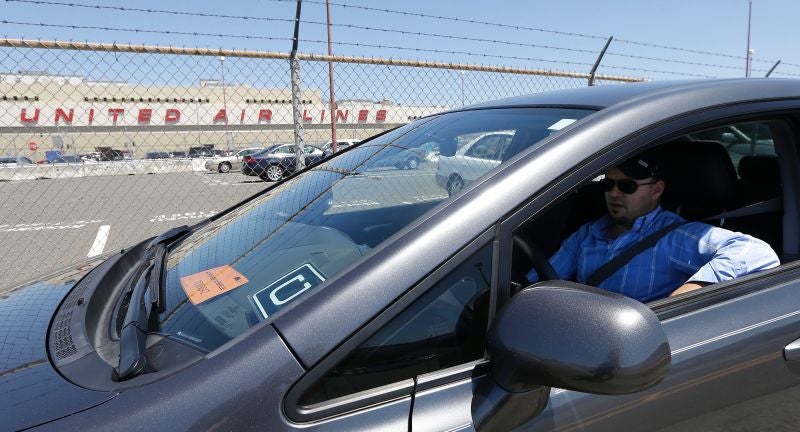 Doing taxes already sucks for independent contractors, but some US Uber drivers who logged on to the company's Partners portal to receive their tax forms are complaining about an especially nasty surprise: Instead of their own information, drivers say they received the tax forms of another driver. According to Uber drivers posting to Facebook, Reddit, Twitter and other online forums, these tax forms include sensitive information, including the driver's social security number and home address. Gizmodo counted at least 16 reports of the mix-up online. Understandably, drivers who received a stranger's tax forms are panicked, worried that the mix-up could've likewise sent their personal information into other dashboards:

.@Uber_OHIO my 1099 has the infor for someone else. The partner site is no help. What do I do?

Hey @Uber_NE @Uber I have someone else's 1099-k on my dashboard, includes name, address & SSN. This is not a good thing, is my info safe? 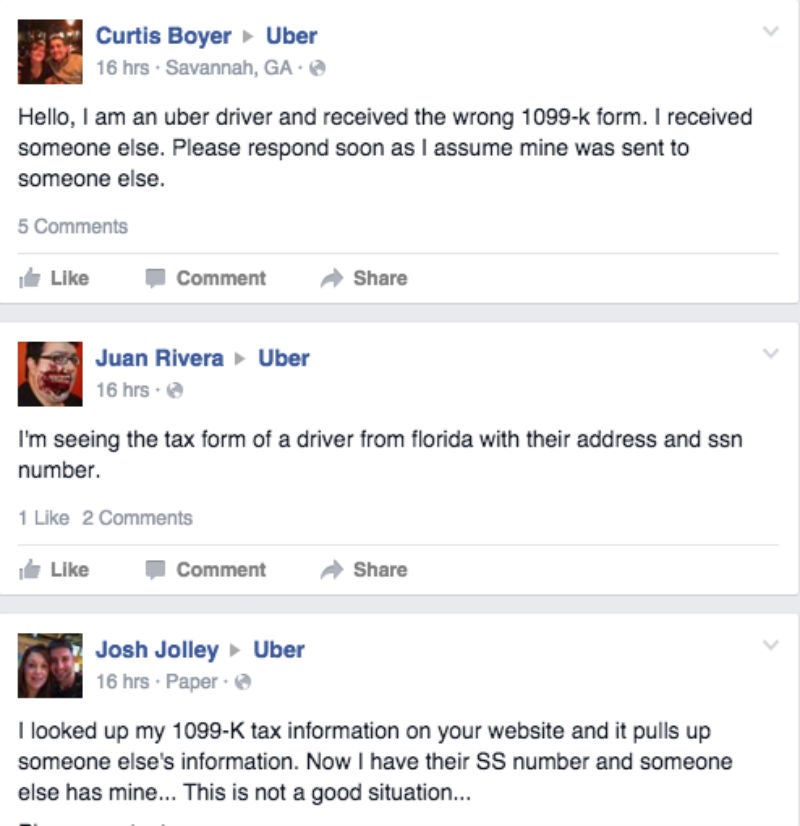 One of these concerned drivers told Gizmodo he still hasn't heard back from Uber, but that the tax form tab on the dashboard was taken down last night.

"We take partner privacy very seriously and make every effort to ensure the security of personal information. Due to a bug in our system, one partner's 1099 information was viewable by other drivers for a short period of time. The bug has been fixed and we're deeply sorry. We are in contact with the driver whose information was affected," an Uber spokesperson told Gizmodo.

Many of the drivers reported receiving information about the same Florida-based driver, so the glitch may have focused around a single unlucky driver.

In October, Uber exposed the licenses and tax documents of nearly a thousand drivers through its Partners portal. So this may just be the latest awful security screw-up from the ruthless ride-hailing company.