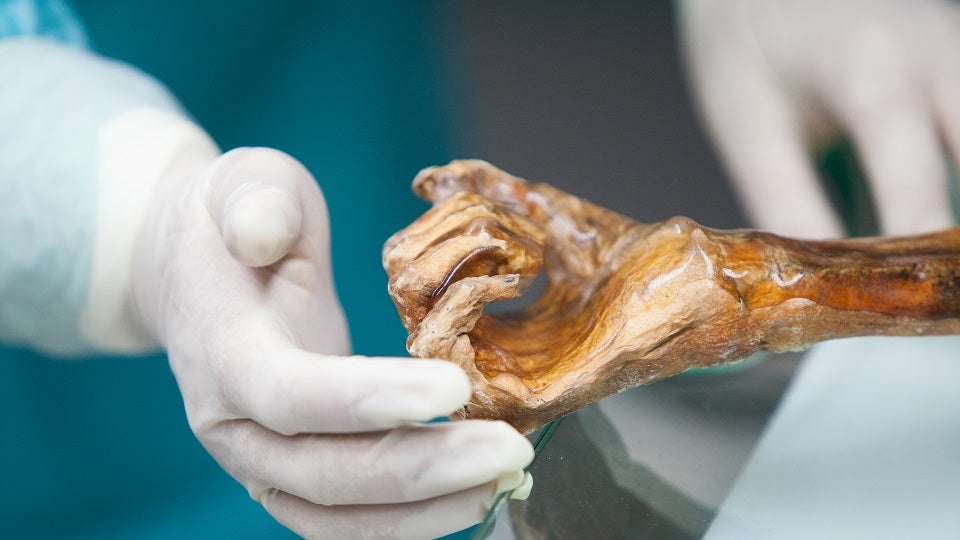 The 5300-year-old natural mummy dubbed Ötzi the Iceman, discovered in 1991, is still teaching us things. A multidisciplinary team of scientists at European Academy of Bozen have studied Ötzi's gut bacteria to learn more about early human migration patterns. Ötzi the Iceman did not have a lucky life. He had hardened arteries, he was infected with whipworm, he had multiple fractures in his ribs and he died courtesy of an arrow to the shoulder. A new report, published in Science, shows that he was infected with an ulcer-causing strain of H. pylori. But what's bad for the Iceman is good for us.

H. pylori has been one of human kind's closest companions for the last 100,000 years. It mutates faster than humans do, so when a population is isolated, it develops its own strain of bacteria. When two populations get close, especially when children play together, they spread bacteria from one population to another. Modern populations have their own strains of H. pylori, and all of these seem to be descended from six major ancestral strains.

The researchers took a look at the food and tissue taken from Ötzi's gut, and identified different strains of H. pylori. This image shows the concentrations found in various sections of his intestines. The shapes next to the words correspond to the sampling sites shown in the diagram. 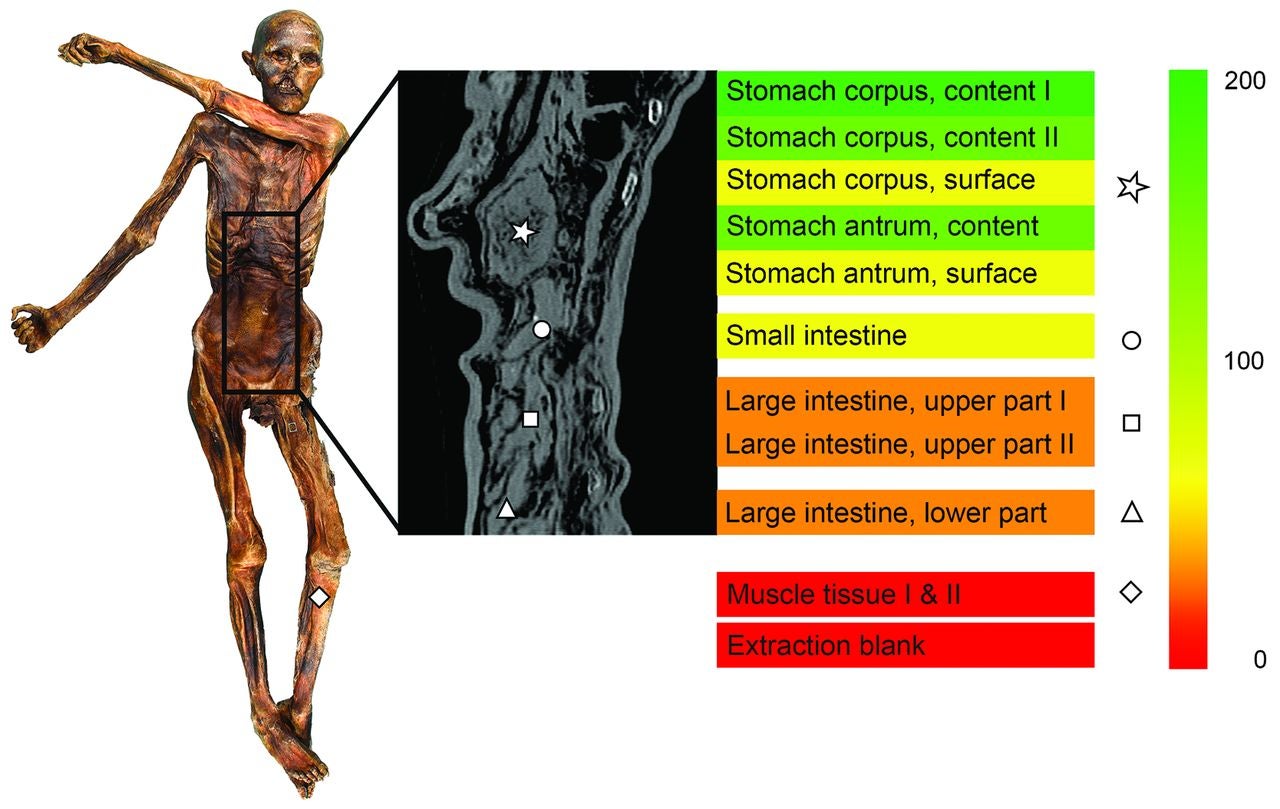 What they found was a strain that closely corresponded to what the scientists call an Asian strain. But doesn't mean that Asian people lived in Europe five thousand years ago. According to the scientists, the Asian strain originated in Asia and then slowly migrated its way over to Europe over thousands of years. Ötzi's gut bacteria shares the highest level of ancestry with bacteria taken from modern Europeans.

It is, however, missing something that modern European populations have — a North African genetic component. Ötzi's gut bacteria indicate that contact between European and North African people started sometime after the Copper Age, in keeping with evidence from other fields.

So archaeology, history and now microbiology are all giving us similar pictures of how human populations moved millennia ago.

[The 5300-year-old Helicobacter pylori genome of the Iceman]