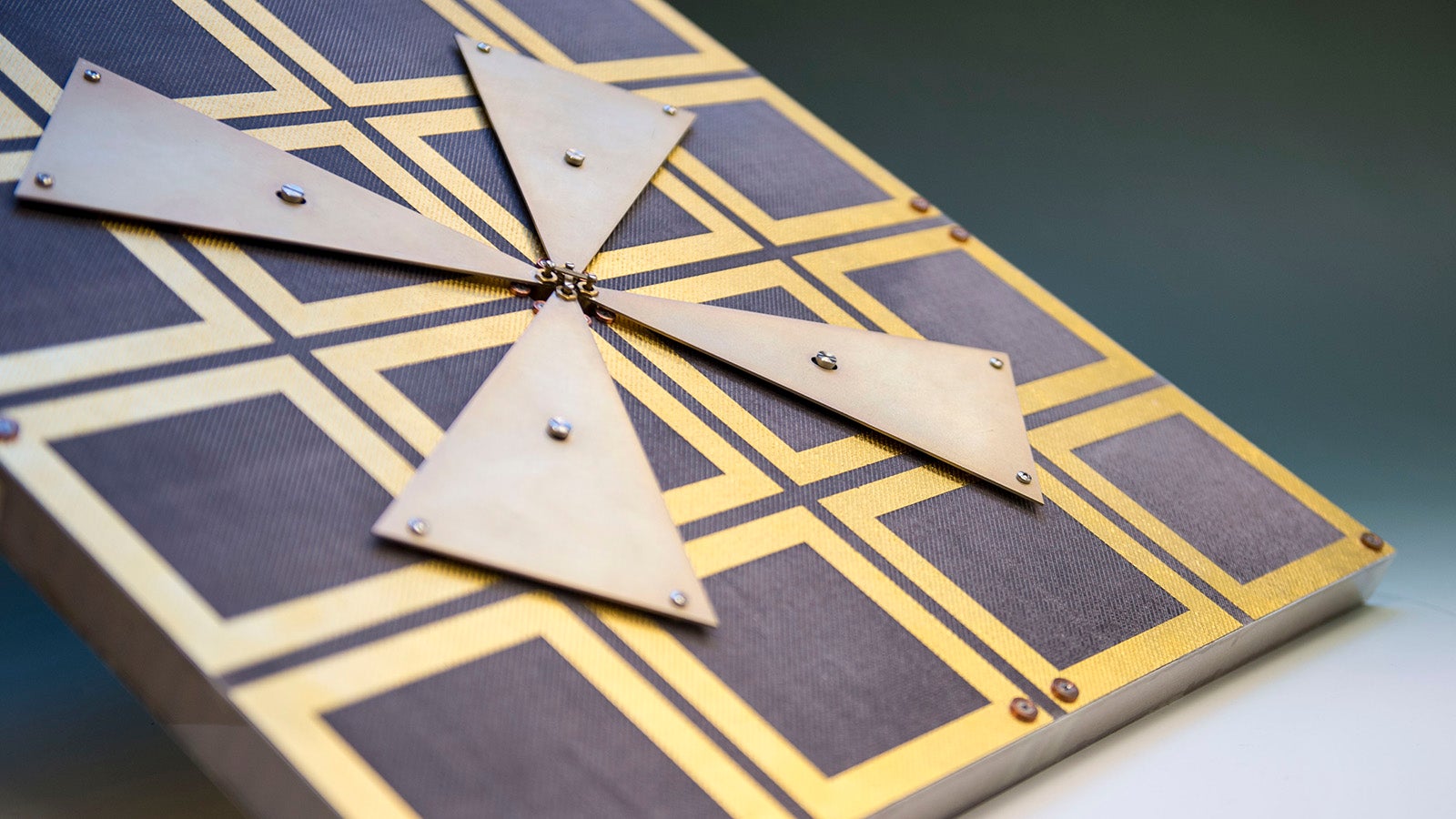 It may look like an artistic experiment in geometry that you could find on Etsy, but this is in fact a new satellite antenna developed by the European Space Agency. If you were to hang it on the wall of your minimalist flat, though, it might look a little smaller than you'd like. That's because it was actually designed for use in mini-satellites that will be used to track global ship traffic from orbit. ESA explains:

Commercial vessels are mandated to transmit Automatic Identification System (AIS) signals, which are used to track maritime traffic — the oceangoing equivalent of air traffic control. The system relies on VHF radio signals with a horizontal range of just 40 nautical miles (74 km), useful within coastal zones and on a ship-to-ship basis, but leaving open ocean traffic largely uncovered. However, in 2010 ESA fitted an experimental antenna to Europe's Columbus module of the International Space Station, demonstrating for the first time that AIS signals could also be detected from up in orbit, opening up the prospect of global ship tracking from space.

Usually, VHF antennas have to be about 76cm across and 38cm thick to operate properly, but Italian engineers have managed to shrink the overall antenna size to 51cm wide and 3cm deep. That means that up to five could be mounted on a single cubic-metre mini-satellite.