This Drone Catches Another By Firing A Net Right At It 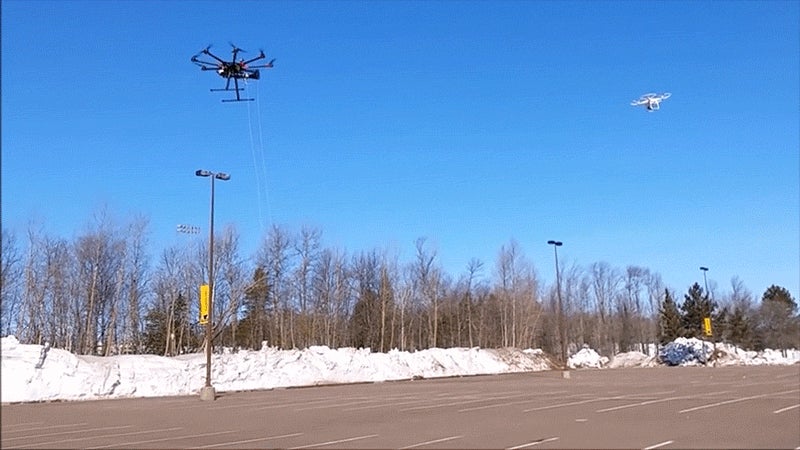 Engineering researchers from the Human-Interactive Robotics Lab (HIRoLab) at Michigan Technological University have just filed a patent for a prototype drone-catching system that fires a net to take unwanted aircraft down. Calling the pet project "Robotic Falconry", the researchers say that their drone, equipped with a net shooter, can intercept and physically remove any intruding multi-rotor drone from private airspace. It's like strapping Spider-Man to an aeroplane. Kind of.

The team has published a rather convincing video showing how the prototype — which can be autonomous or remote controlled — is able to tackle a rogue drone.

Last month we heard about a Tokyo police force launching a fleet of net-carrying drones that can capture unauthorised drones that shouldn't be flying in secured airspace: 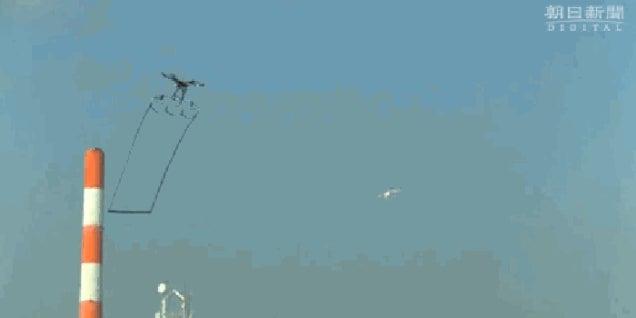 The new prototype drone-catching system offers a similar, but more spectacular, solution. According to HIRoLab engineers, the net-shooting technique can be effective when force-landing unmanned intruders that would otherwise put the public at risk.