The Next Wave Of Star Wars Toys Is All About Rey 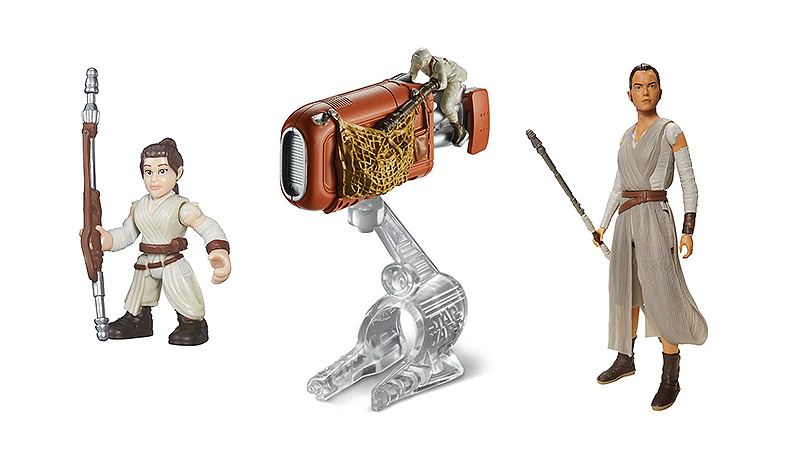 The way toy manufacturing works, it's likely Hasbro had always intended that the first post-release Force Awakens toys would include more merchandise that highlights Rey. But after facing mass backlash at her perceived absence, you can be sure as hell they're going to let you know she's included. Just a small reminder: If you've not seen The Force Awakens yet, some of these will reveal some major plot points from the film. You've been warned!

A new batch of products due to roll into stores this month have been revealed by Entertainment Weekly, and while it's not all Rey-focused, she is heavily present, and a great deal of that presence is being made by Hasbro in the light of the recent social media "#WheresRey" campaign decrying the lack of Rey on toy shelves in the run up to the movie. Rey probably would have been a major part of this wave regardless, held back to avoid accidentally revealing that she sets off on the path to become a Jedi at the end of the film, but Hasbro are definitely making a push to let people know she's part of these new toys. 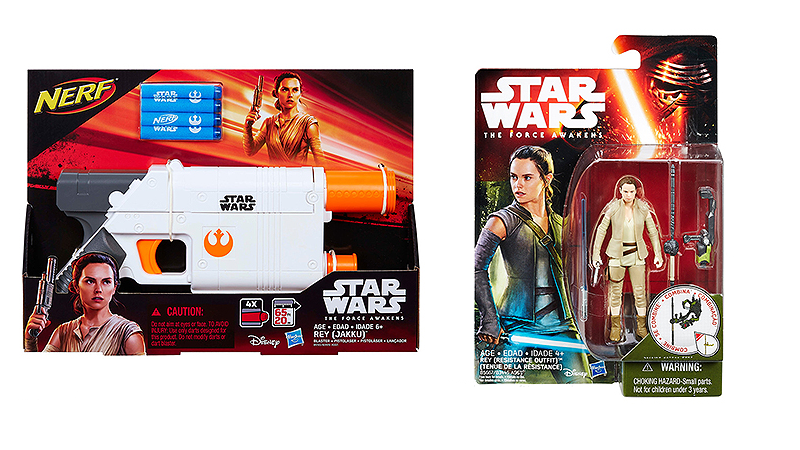 Rey features in almost half of the toys revealed by EW — although several, like the Disney Store exclusive "Elite" figurine or the Lego Constraction figure, are already available — but several are new, including a new Nerf blaster based on the pistol Han Solo gives Rey in the movie, a 9.5cm figure of Rey in her "Resistance" outfit wielding the blue lightsaber formerly owned by Luke and Anakin Skywalker, and versions of her in the 50cm, 30cm, and cartoony "Galactic Heroes" figure lines. 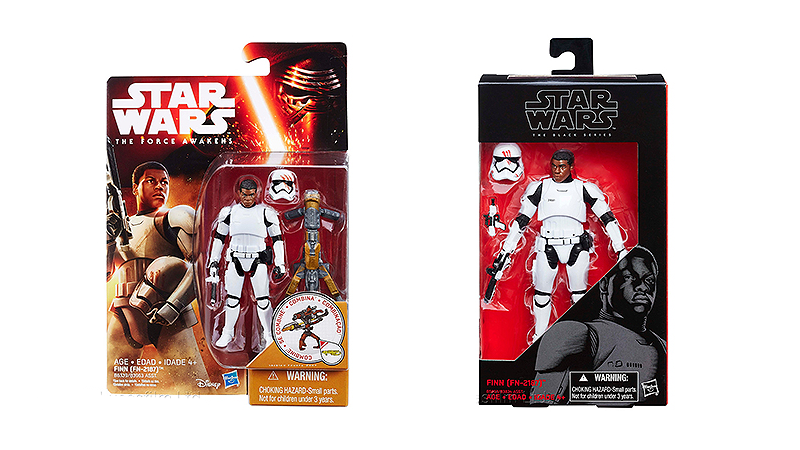 Although Rey is the star of the new toys, she's not the only character getting new figures — other toys out this month include two new Lego sets based on the film's middle setpiece of the First Order's attack on Maz Kanata's castle, figures of Finn in his stormtrooper armour (complete with bloodied helmet), and the Black Series 15cm Han Solo figure first revealed at New York Comic-Con last year.

If you thought your wallet was safe, Star Wars fans, then you were wrong, this is merely the beginning. You can see more images of the new toys at the link below.