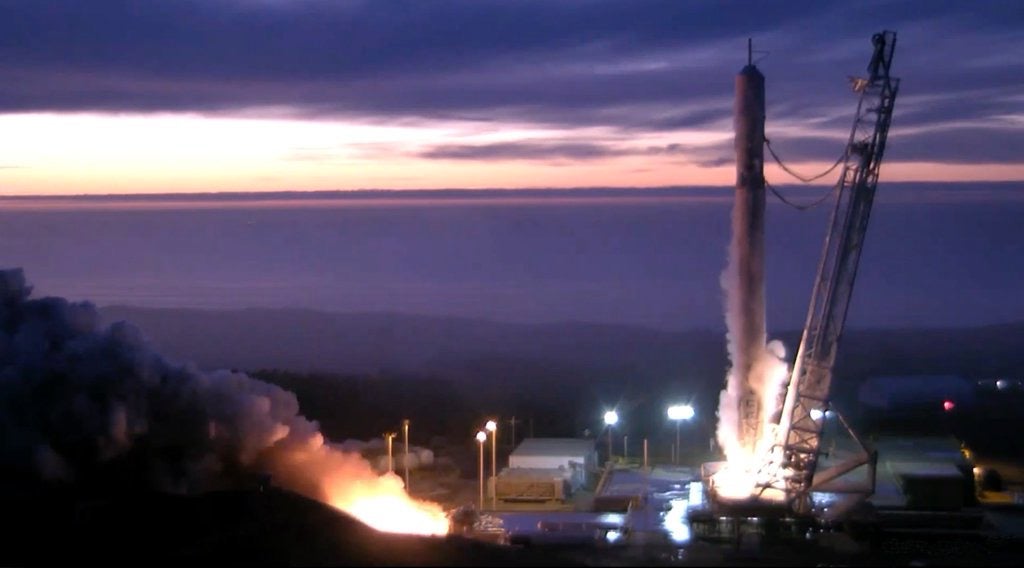 Well, isn't that nice! SpaceX's Falcon 9 rocket performed admirably in its test today, keeping it on-track to launch the Jason-3 oceanographic satellite next weekend. SpaceX is using up existing stock of its old Falcon 9 rocket in its upcoming launch out of California. In preparation, it ran a full-duration static fire test at its launchpad on Vandenberg Air Force Base. All preliminary information looked good to go to use the rocket to launch the Jason-3 satellite next weekend.

This will be the first launch of an older version Falcon 9 rocket since one exploded last winter, destroying a Dragon spacecraft en route to the International Space Station. The cause of the explosion was ultimately determined to be a weak strut, allowing the company to feel comfortable using their excess supply of older rockets for payloads that don't need the full force of the newly-enhanced Falcon 9.

The oceanographic satellite is the joint project of NASA and the National Oceanic and Atmospheric Administration (NOAA) designed to measure sea surface topography. It is scheduled to launch out of California at 10:42am on Sunday morning (Monday 5:42am AEDT), with a backup launch window on Monday morning. Gizmodo staff will be on location to cover the launch.

After delivering its payload into orbit, the Falcon 9 first stage will attempt a barge landing off the California coast. This is following on from SpaceX's several failed barge landing attempts in the Atlantic Ocean, and a successful ground landing at Cape Canaveral in Florida. This will be SpaceX's first attempt at a barge landing in the Pacific Ocean.